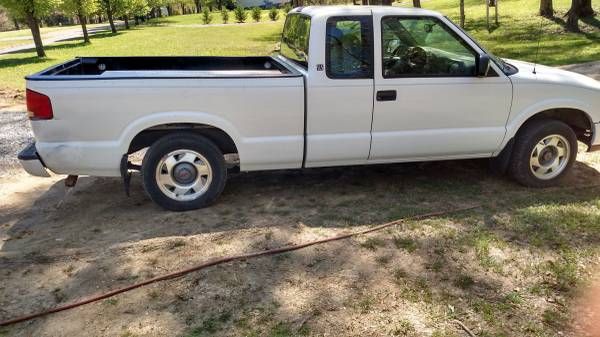 This 2001 GMC Sonoma was stolen Tuesday in Whitfield County, Ga., and a woman was stabbed. 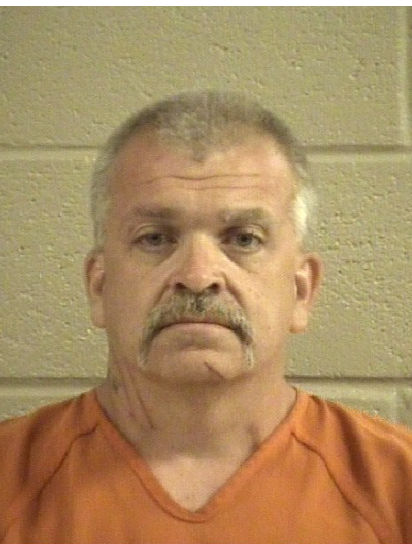 This 2001 GMC Sonoma was stolen Tuesday in Whitfield County, Ga., and a woman was stabbed.

DALTON, Ga. — A man who authorities believe stabbed and slashed a Whitfield County woman and stole her truck was captured Wednesday in Floyd County after a prolonged manhunt. Two other people connected to the crimes were also arrested.

All were in the Whitfield County jail without bond Wednesday night.

“We believe Mr. Williams is the man who did the actual stabbing,” Swiney said.

Swiney said the U.S. Marshals Service and authorities throughout northwest Georgia helped in the investigation and search. The Coosa Valley News website cited a report that authorities pinged a cellphone believed to have been used in the crime, but Swiney would not comment on the details of the investigation.

“We fully believe we have a very solid case against them,” Swiney said.

She was stabbed and her family’s white 2001 GMC Sonoma was stolen after a white male — later identified as Williams — came to her home in southern Whitfield County, Swiney said.

Authorities were looking for the truck and a female who accompanied Williams to the house in a dark-colored car and released photos of the Sonoma.

Swiney said a team of investigators were working the case and detectives were scheduled to meet Wednesday afternoon with Espitia at the hospital.

Espitia, 40, was stabbed at her residence on Serena Way off Tilton Road. She was taken to the hospital with wounds to her neck and elsewhere and she “immediately underwent surgery,” according to a release from Sheriff Scott Chitwood. Swiney deemed her injuries as “very serious.”

According to the release, investigators determined the Espitia family was attempting to sell a pickup truck and had been advertising it for sale on craigslist.org. Williams contacted them and said he was interested and arrived at the Espitia home around 1:30 p.m. on Tuesday.

Espitia was home alone. The female stayed in the car while the man went in the house and spoke with Espitia about the truck. When she started to walk him outside to look at the truck he pulled a knife and started stabbing her.

The man then grabbed the keys and left in the truck “at a high rate of speed,” Chitwood said. The female in the car also left.

The pickup truck did not have a tag.

Investigators were able to determine that Williams was in the Rome area about an hour after Espitia was stabbed. Evidence was presented to a Magistrate judge late Tuesday afternoon and a warrant was issued for him.

On Tuesday, marshals were searching Warren’s home in Rome when they saw a vehicle fitting the description of a vehicle known to be driven by Warren pull into a driveway close by and saw a male jump out and start running. The officers gave chase but were unable to find the man. The female in the car was identified as Donna Warren. The car the two subjects were in is believed to be the car that brought Williams to the Espitia residence.

Detectives and evidence technicians from the Whitfield County Sheriff’s Office traveled to Rome and obtained a search warrant on the Baker Drive residence and executed it on Tuesday. During the search, evidence was found indicating Donna Warren was the female who took Williams to the Espitia residence.

Later in the evening, Williams was found in the area where he had fled from authorities earlier in the day and was arrested. During the investigation detectives uncovered evidence that Warren’s brother, Jerry Wade Warren, also played a part in the incident.

The stolen truck has not been found. However; during the investigation Rome authorities found another vehicle Williams had sold to a Rome resident that had been reported stolen out of Walton County.

The incident offers an opportunity to remind those who sell items online that all local law enforcement agencies offer their parking lots as “safe zones” for any kinds of meetings or exchanges associated with e-commerce.

The Dalton Police Department, Chatsworth Police Department, Whitfield County Sheriff’s Office and Murray County Sheriff’s Office have all offered this sort of opportunity before, usually for child visitation and exchanges arising from divorce orders. However, agency officials say they also welcome people to use the spaces for meetings involving e-commerce transactions from websites such as Craigslist.

“We have people that meet here to get vehicles, child custody, you know, domestic situations, because it’s a protected public lot,” he said. “It’s advisable to meet in a public place. You don’t want to meet in a back alley.”

Meeting in public helps to assure everyone’s safety — both the buyer and the seller.

“If someone isn’t willing to meet you at the safe zone it is a good sign you shouldn’t be doing e-commerce with them,” Dalton Police Department Assistant Chief Cliff Cason said in the story.