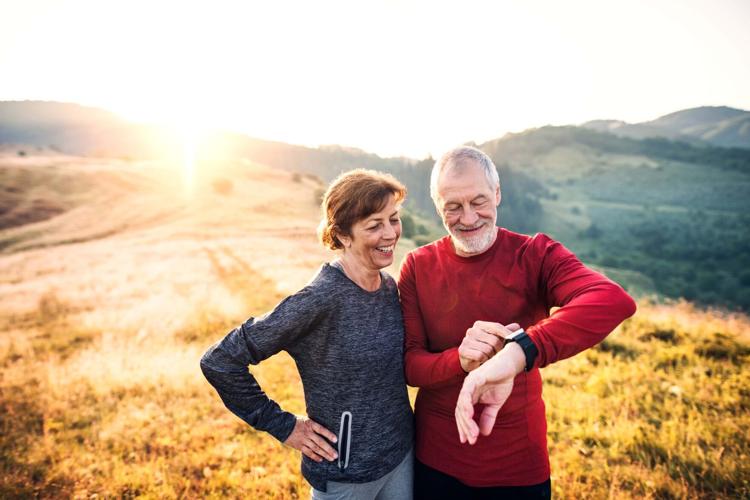 As counterintuitive as it may seem, “pumping iron” and high-intensity interval training where you get your heart rate up to 80% of your max for four minutes or so, catch your breath and repeat are some of the best ways for older exercisers to train and maintain their youthfulness. 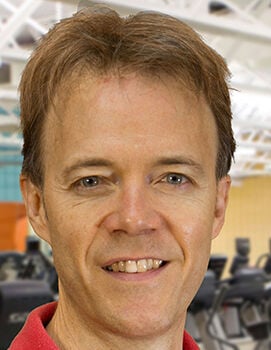 As counterintuitive as it may seem, “pumping iron” and high-intensity interval training where you get your heart rate up to 80% of your max for four minutes or so, catch your breath and repeat are some of the best ways for older exercisers to train and maintain their youthfulness.

Exercise is vital to a long and healthy life. It boosts your immune system, keeps your mind sharp, helps you sleep, improves your muscle tone and extends your healthy lifespan. But it has only been in the last 15 years or so that researchers have begun to uncover which exercises or forms of training work best to reverse the effects of aging.

Do you think it would be a regular walking plan, like getting 10,000 steps a day, or something more vigorous, like a run/walk plan or lifting weights? Read on to find out.

There have been many successful studies showing age reversal in animals with caloric restriction and chemical and genetic interventions, but this has never been proven in humans. However, an amazing study came out in May 2007 in the peer-reviewed journal PLOS One titled “Resistance Exercise Reverses Aging in Human Skeletal Muscle.”

The researchers put older (70 and up) and younger subjects (in their 20s) on a strength training program twice a week for six months. And though the older subjects were 59% weaker than the younger ones when they started, they got 50% stronger during the course of the study and closed the gap to only 38% weaker by the end.

That in itself was great, but what was really exciting was the tissue samples taken from the older participants where they tested 596 genes that normally decline in function as we age.

Most of those genes are associated with mitochondrial function, the key part of the muscle cell that produces our energy like the engine in our car.

What the researchers found was that 179 of the genes showed a reversal to levels similar to the participants who were in their 20s. This caused lead researcher Simon Melov to state, “We were very surprised by the results. We expected to see genetic expressions that stayed fairly steady in the older adults. The fact that their ‘genetic fingerprints’ so dramatically reversed course gives credence to the value of exercise, not only as a means of improving health, but of reversing the aging process itself.”

What is interesting about this landmark research and the genes they identified to be related to aging is that they are the ones largely involved in driving anaerobic metabolism. In other words, what appears to be a marker for youth, and consequently what gets lost with aging, is the ability to do high-intensity anaerobic work. The kind that is done with strength training.

Another HIIT on aging

More recently, another study examining not just strength training but high-intensity interval training (HIIT) and more moderate exercise (steady state biking and light weightlifting) was done. This study, published in the March 2017 edition of Cell Metabolism, also enrolled younger volunteers (18- to 30-year-olds) and older (65-80) to take part in the three different exercise styles. And once again they found that strength training benefited aging muscles, especially in muscle mass and strength, but high-intensity interval training yielded the biggest benefits at the cellular level.

The younger volunteers in the interval group saw a 49% increase in mitochondrial capacity in 12 weeks, but the older saw an even more dramatic 69% increase. It also improved the participants’ insulin sensitivity, which lowers the likelihood of developing diabetes. When biopsied, these older participants’ muscles had almost 400 genes working differently now, compared to only 19 for those doing more moderate, steady-state aerobics or light weightlifting.

This caused lead author Dr. Sreekumaran Nair to state, “It seems as if the decline in the cellular health of muscles associated with aging was ‘corrected’ with exercise, especially if it was intense. In fact, older people’s cells responded in some ways more robustly to intense exercise than the cells of the young did, suggesting it is never too late to benefit from exercise.”

As counterintuitive as it would seem, “pumping iron” and high-intensity interval training where you get your heart rate up to 80% of your max for four minutes or so, catch your breath and repeat are some of the best ways for even older exercisers to train and maintain their youthfulness.

If you are unsure how to safely implement such exercise in your life and routine, contact us at the Bradley Wellness Center (706-278-WELL) — we’ll be glad to show you how!

Thomas Morrison is a fitness coordinator at the Bradley Wellness Center.