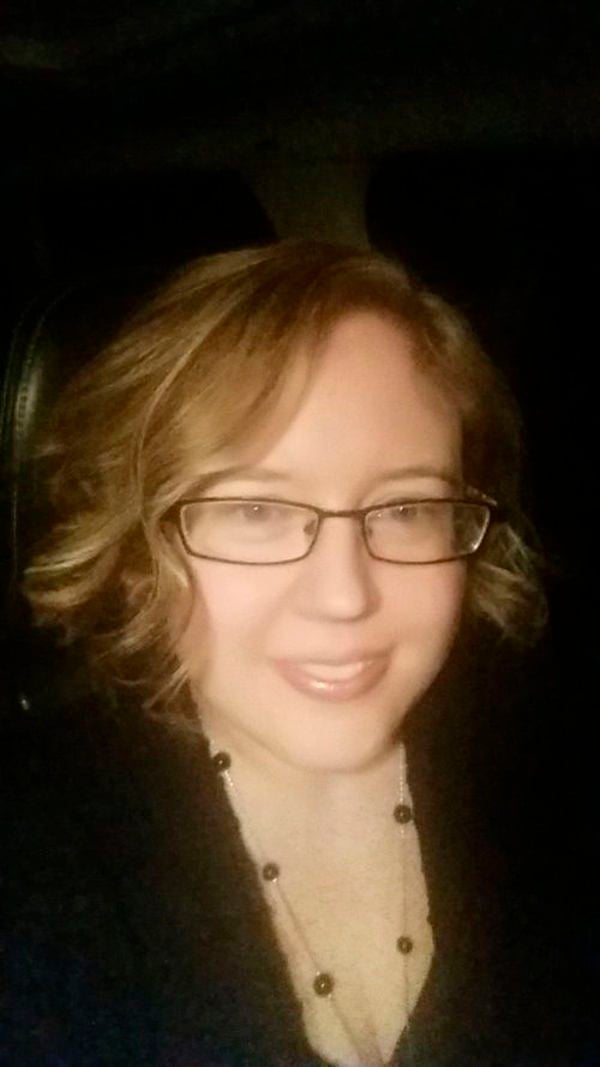 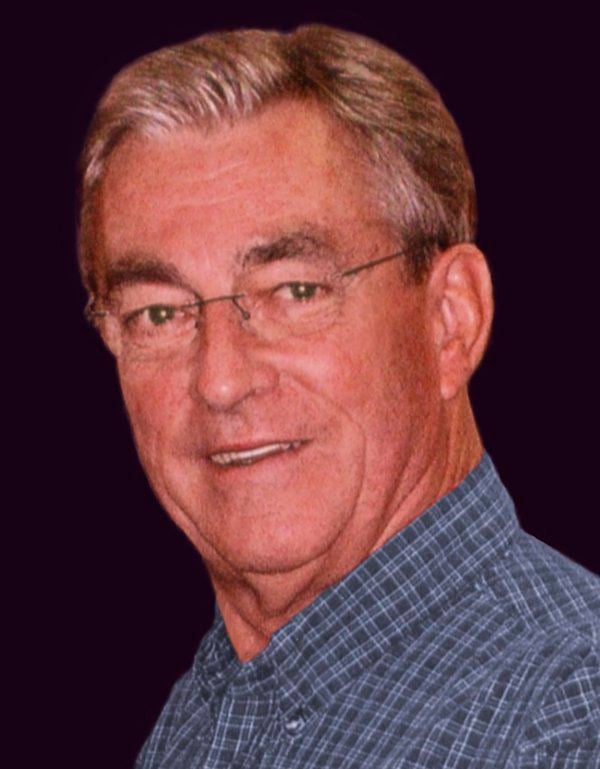 Tim Champlin, author of books about the American West.

Tim Champlin, author of books about the American West.

Libraries love authors. They give us wonderful fictional stories to get lost in, and they gather information together to give us books filled with factual information about all kinds of topics. If you are more of a movie fan than a book fan, don’t forget someone has to write the script for those movies.

Every month we try to reach out to a local author to ask him or her questions, to get to know them and to share the person with you. This month I contacted Tim Champlin, a historical fiction author. Read below to learn more about Champlin. You might want to add him to your list of favorites.

Question: Tell us about your writing process and the way you brainstorm story ideas.

Champlin: All my novels are historical, more than 90% of them set in the period 1849-1900, so much of the same research detail can be used in numerous books (clothing, transportation, food, weapons, etc.). What's happening in the world and the country, if it affects the story, must be researched for each book.

These days I compose on my computer (formerly, I wrote in longhand or typed the rough draft on a manual typewriter). But the best way for me to get the story from my head onto the paper or screen is to eliminate any clutter in between. For me, now, the easiest way to do that is to compose and quickly edit via computer. But I have never been computer-oriented. The electronic age has passed me by, and computers in general have caused me much frustration during the past 25 years of my life.

I've typed on a manual machine the rough draft of a novel in as little as 44 days when I was still working at a full-time job. Normally, however, once I start, I write a book in three or four months. I don't write a certain number of hours per day or even every day, just try to average about 4,000 words per week, give or take. If I pause too long in the middle of a book, it tends to bog down.

I first try to get the general idea of what it will be about — mystery, adventure, time travel, and then decide what time period and the main characters. I don't outline but must know in advance at least two or three of the major episodes, or conflicts that must be resolved. (I visualize the story as a line graph showing peaks and valleys.) More details that can be connected occur to me as I write. Sometimes I'll know the ending in advance, sometimes not. I like to surprise myself.

Q: Do you believe in writer’s block?

Champlin: I guess some authors experience writer's block, but that's never been a problem for me.

Q: How did you celebrate the publishing of your first book?

Champlin: My first book was published so long ago (accepted March 1980 and published in late 1981) I don't recall if I did anything special to celebrate. It was a paperback from Ballantine Books with a cover price of $1.95 and I got the standard contract with a $2,000 advance against royalties. (I still get only a $2,000 advance with another company, so I haven't progressed in that area.) My three kids were ages 13, 11 and 9 at the time and they assumed all writers were rich and famous, so they thought I'd quit my job and we’d move to Hollywood.

Q: What other authors are you friends with, how do they help you become a better writer?

Champlin: I've had some good friends I met in Western Writers of America, notably Gordon D. Shirreffs (now deceased) who gave me some good advice and pointers. I still correspond with Loren D. Estleman in Michigan who wrote a cover blurb for my current series and told me about Crossroad Press, which now handles all my e-books and audios.

Kent Rasmussen, the California author of “Mark Twain A to Z," "World War I for Kids” and numerous other books, has done much for me. He's a nonfiction writer, but is very organized, a great researcher, former editor and generous friend who has given me good advice and helped me in many ways.

Q: If you were given the opportunity to form a book club with your favorite authors of all time, which legends or contemporary writers would you want to become a part of the club?

Champlin: I'd like to form a writer's group with Ernest Hemingway, Jack London, Robert Louis Stevenson, Mark Twain and Willa Cather. But if we critiqued each other's writing, it probably wouldn't work with these folks because each of them is such a strong personality with definite ideas about how to write.

Q: How do you think the concepts such as Kindle and e-books have changed the present or future of reading?

Champlin: These devices have definitely made a huge variety of writing available to everyone for a cheap price. But I'm not sure it has increased the number of readers. People who tend to read will continue to read a lot; those who don't, won't. My company, Gale, last year stopped posting their new releases as e-books. I'm not sure why, but I've noticed over the past year or so, my sales of e-books are staying flat while the several I've had made into audios are selling much better.

Audiobooks seem to be the wave of the future. I would rather read a book than listen to one, although actor George Guidall did an excellent job narrating my “The Secret of Lodestar.” It's just a totally different form, like watching a movie instead of reading the book it was made from. Maybe it's just what you grow up with that determines your preferences.

Q: What marketing strategies do you find most helpful?

Champlin: I'm a terrible salesman. Except for giving a talk to some group or class now and then, I don't do any marketing. I have only so many productive years left and I'd rather use them doing what I do best, creative writing. I do try to market a short story every once in a while.

Q: Can you tell us about your current projects?

Champlin: I'm currently within 10,000 words of finishing a novel I started about six months ago. The working title is “Murder and the Bedeviled Mine,” which might not be the final title.

I've recently written a trilogy using as a narrator Zane Rasmussen, a teen time traveler from the present who interacts and shares adventures with Tom, Huck, Jim and Becky in 1849 Hannibal. (Zane is based on the real-life grandson of my friend, Kent Rasmussen).

My current effort is a mystery/adventure that takes place in 1850 during the California gold rush and also features Tom Sawyer, Huck Finn and Jim, the ex-slave. But this is the first time I've tried to write an entire novel in the unique dialect and point of view of the semi-literate, generous-hearted, former street kid, Huckleberry Finn. It was a challenge at first because of his limited formal education, vocabulary, superstitions and the odd way he expresses himself. But I've finally gotten comfortable with seeing things through Huck's eyes.

The story begins in Hannibal, Missouri (village of St. Petersburg) and winds up in the Sangre de Cristo mountains of the present New Mexico. When it's finished, I hope it provides a great escape for readers. It certainly has for me.

Q: Any advice you would like to give to aspiring writers?

Champlin: Take advantage of every opportunity. Keep pen and paper or notebook in your pocket at all times to jot down ideas, because you'll never recall them later. If you love to write, keep working at perfecting your in-born talent and don't take "no" for an answer. I had a 1,600-word short story that had been rejected about 14 times. It was returned from the editor of an East Coast magazine with a handwritten note on the rejection slip that said he strongly objected to the dirty trick my protagonist played on his opponent. The very next place I sent it — American Airlines — the editor bought it for $900. It appeared in the American Way, their in-flight magazine, and was carried on every airplane in the AA system for two weeks during the height of tourist season. So, you never know. As Tom Sawyer would say, the next shovelful of dirt might turn up the treasure.

I want to thank Champlin for taking the time to answer our questions. We do have his books in our collection. You can sign up for curbside service and put some of his books on hold to check out. To learn how, just go to www.ngrl.org.

Please be safe, stay healthy and know that we look forward to seeing and serving you in person as soon as we can. Miss you!

Brandy Wyatt is the administrator of the Dalton-Whitfield County Public Library.