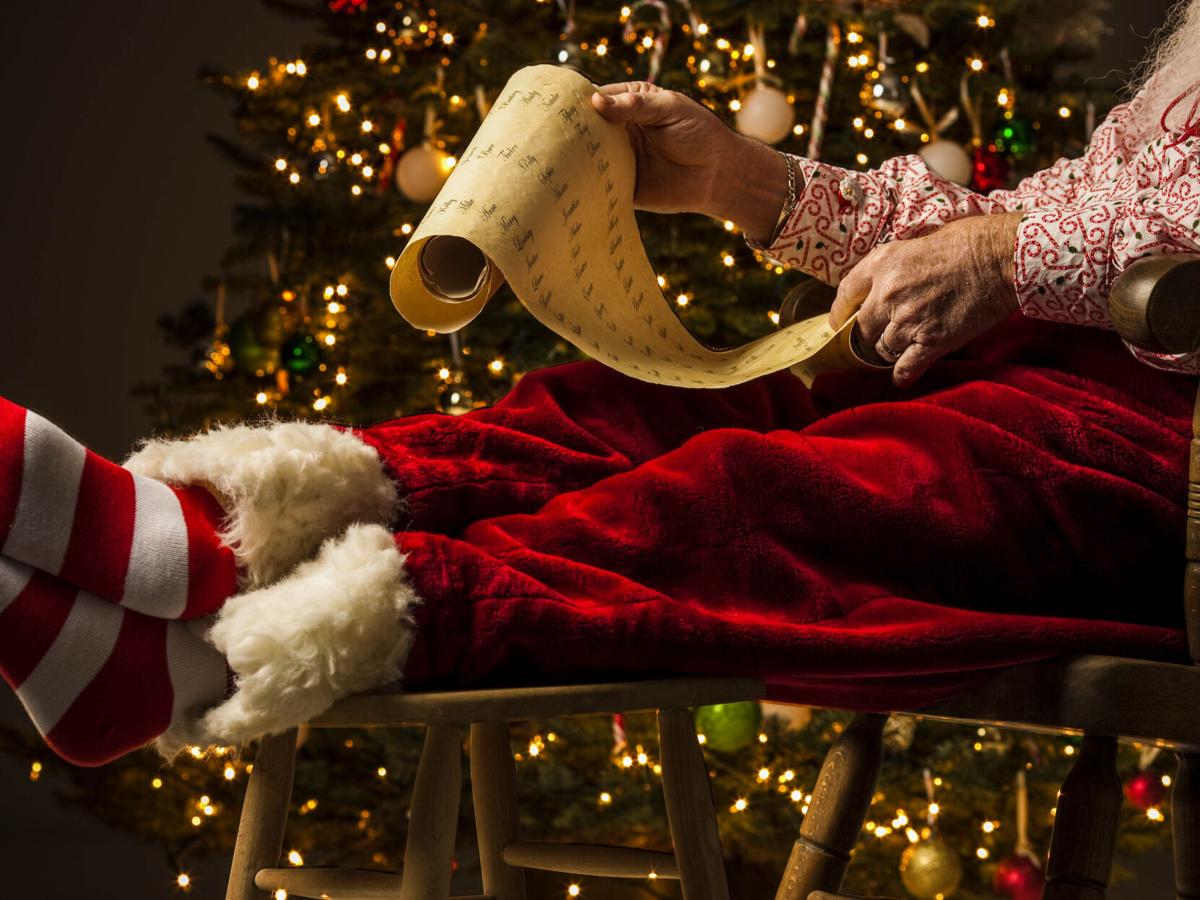 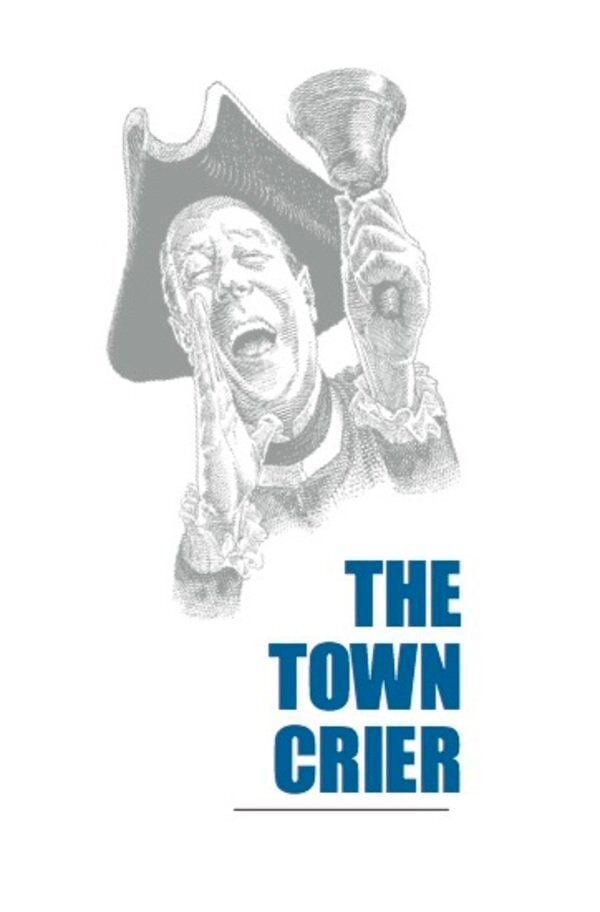 Christmas is a season of joy and happiness. It’s a time of family get-togethers and dinners with everyone gathered around the table. Christmas is that time of year when we feel warm inside even if it’s cold outside. Decorations are up and lights are shining. It’s a holiday of all that’s good with people. It’s also a time of lies!

Why just the other day my kids and I ordered online a present for my wife. It was scheduled to be delivered on a Tuesday during the day while I would be at the house and my wife would not be there so I could hide the gift in the basement.

On the online order form we checked the box for “gift” and were assured that our transaction was top-secret and secure. That was the first lie!

Within minutes of clicking “complete order” my wife called and asked: “Did you just buy something on our credit card? I just got an emergency email from the bank saying a suspicious purchase was just made online on our card? Was that you?” I couldn’t lie so I said “Maybe ... pay no attention to that ... it’s too close to Christmas to be asking questions like that.” All that was true if somewhat obfuscating. She took the hint.

“Well," I thought, “She at least won’t see the gift until Christmas morning because it’s coming on Tuesday.”

That was the next lie ... the gift came on Wednesday afternoon after she was home from work and I was still on the job. I walked in the house that evening after dark and there it was sitting in the middle of the floor almost blocking the front door. And no, it wasn’t gift wrapped, so the contents were printed all over the box.

I said nothing (is silence a lie?). My wife said nothing. Then later, she asked, kind of over her shoulder, “What’s the box in the floor?” She knew exactly what it was! “Don’t ask about it and ignore it," I said. It was too late to be ignored of course, but there was still time for her to never again ask about it.

The lies come fast and furious at Christmas time. Is there any other time of the year so focused on goodness in which we become so enmeshed in lies and more lies?

Lie answer: “I was getting some last minute dental work done.”

Honest answer: "I’ve got your gift down there but it’s not wrapped yet."

Lie answer: “The pipes have burst. They’re flooding the basement and I’ve got to patch them. But they won’t be fixed until Christmas Eve so don’t go down there until after then.”

• Then there’s “Did you get me anything for Christmas?”

Honest answer: "Got you that special something months ago and it’s hidden."

Lie answer: “Not yet, was there something special you wanted?”

• Then there are all of those questions that never get asked except at Christmas like: “Honey, what size dress do you wear?” or “What size is your ring size?” or “Just how big are your feet?”

You’ll get an answer followed by a “Why do you ask?” That’s when the lie comes in. I could always say “No reason” but I like “It was a question on 'Jeopardy!' last night and so I thought I’d ask you.” It’s not a reasonable lie since why would they be asking about my wife’s sizes on a game show? Maybe if she was Catherine the Great.

Another lie I’ve come across is the Christmas lights I buy are “adjustable” and can be changed to either blinking or non-blinking. I’m a non-blinking kind of guy. I find it very distracting to try and watch “Rudolph the Red-Nosed Reindeer” on TV with lights flashing in my peripheral vision.

I set the lights to non-blinking (but I’m not sure how so don’t ask me) and drape them across the fireplace mantle. I like to put Christmas family photos along there with a manger scene and some angel ornaments I have. The lights give it a warm glow. Then, a day or two later, after doing nothing to anything, one single strand of the lights just starts blinking. My choice of blinking or non-blinking? Lies I say. The lights clearly do what they want to do regardless of how I try and follow directions.

Not as seen on TV

The lies come fast and furious on the TV commercials for toys. If not outright lies, then exaggerations that far outstrip any objective truth. They always film the toys in the foreground with a wide angle lens to make them look bigger than they are. And many times the toys are seen operating on their own without the push of a kids' hand.

Sometimes the toy, say a toy race car, is shown in a variety of quick shots rolling, rolling, rolling across the floor. In reality it might only travel a few feet at a time when you get it at home and it might not roll at all on carpet. Sometimes all the kids in the neighborhood have them and you know that’s not going to happen in real life.

One of the biggest lies at Christmas is the ad that says, in very small lawyer-sized printing, “some assembly required." In the commercial the toy or bicycle or playhouse is always up and at'em, with kids joyously playing with them.

A bicycle doesn’t fit in a box ready to ride. There are nuts and bolts and handle bars and oily chains that have to be strewn about the floor while the parent tries to see which side of the instructions is in English (or Spanish or Canadian French). The instructions are in a pamphlet the size of a Russian novel and even if it is in English, there’s always the chance it was translated by a Chinese English major at the factory where it was made.

I’ve come across some pretty indecipherable English in some instructions and owner's manuals. Meanwhile, the kids are running in circles yelling “When’s it gonna be ready?” I’ve never been surrounded by sharks in the ocean waiting to feed but I bet it feels something like that. Needless to say the biggest part of the lie is the “some” in some assembly required. After working my way through the assembly of toys and bikes I could probably get a job as a supervisor in an automobile factory.

Another lie that’s connected with the toys is the question “We have batteries, right?” And the answer comes back “Yes." That yes is wishful optimism on the part of someone who didn’t take the time to actually check that drawer where you keep the batteries.

The truth is one of two outcomes.

First is the easy one that doesn’t take much time — there are no batteries whatsoever. I’ve run to the quickie-mart down the road on Christmas morning to try and get batteries when the lie of batteries was discovered.

The other outcome is that yes, we do have batteries. The lying part is that we thought we had the right SIZE batteries. Need four D batteries? None. Dozens of triple As, double As, Cs and 9-volts but no D batteries.

Need triple As? I’ve certainly tried in desperation to force double As into a triple A socket but all the desperate Christmas morning wishing in the world won’t change the physics of trying to fit a big thing into a small hole. Occasionally there are D batteries. The lie? That they still have any juice left in them. I really haven’t kept D batteries at the house since we bought the rechargeable flashlight and I stopped using the portable boom box I’ve had since college. So if a toy comes along that needs a D, the truth is I’m out of luck.

What’s the biggest lie at Christmas? The other lies are there for a reason that could be considered possibly good. To make a sale, to prepare for Christmas morning by buying batteries or to surprise someone with a present.

For me, the big lie is the one I tell myself. It’s that “I won’t put on any extra pounds this Christmas.” Who am I kidding? Oh, yeah ... me. There’s never been a year I didn’t add a little “hibernation bulk” to the old frame from all the cookies, cakes and family meals. Those pants that fit just fine in October are a bit tighter come January. If I get a belt for a present, I have to make sure there are enough holes in it to wear it during the winter time. And that sweater vest has buttons on it that somehow seem to bulge in a manner they didn’t last time I wore it.

Oh well, Christmas time is full of lies. What’s one more when it means a good meal and a Santa-sized belly?