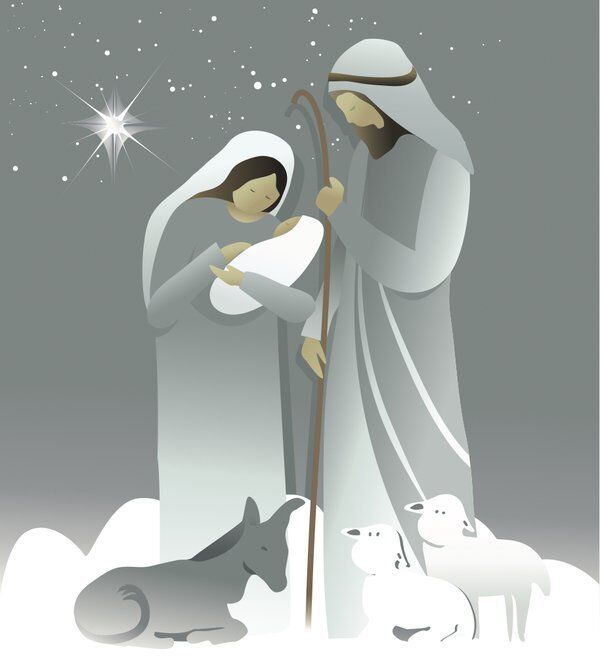 For some reason, many Christmas songs are about romance, the Town Crier writes, but Mary and Joseph an example of a loving couple that sets the foundation for the true meaning of Christmas. 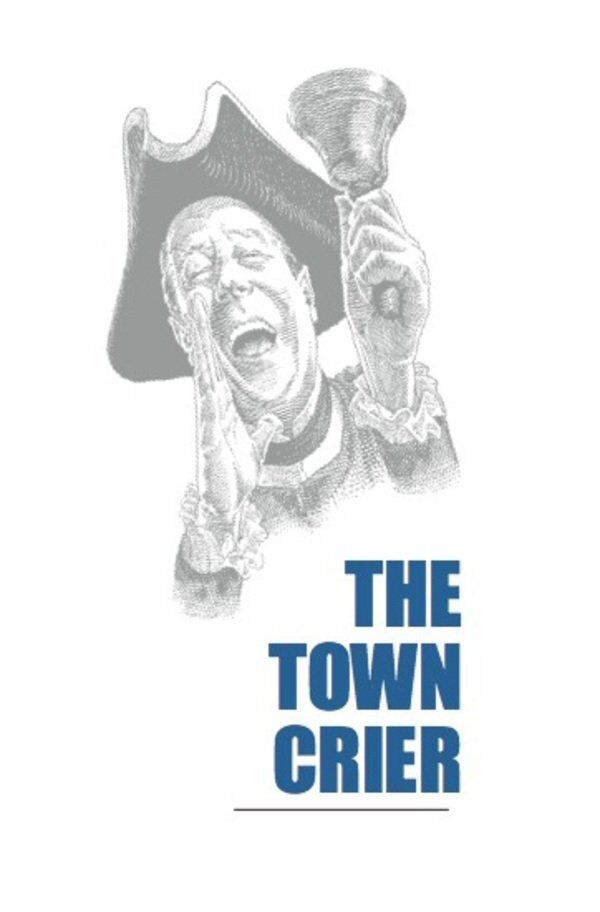 For some reason, many Christmas songs are about romance, the Town Crier writes, but Mary and Joseph an example of a loving couple that sets the foundation for the true meaning of Christmas.

Since when did Christmas get so mushy? I don’t mean melted snow mushy, I mean sweetheart mushy.

When I listen to all the latest Christmas songs, and there’s plenty of them as all the current music stars try to cash in on the season with Christmas albums of their own, there seems to be a huge wave of “romance” music out there. It seems Christmas has become a “significant other” holiday in ways that Valentine’s Day could only dream about.

With Valentine’s Day you get a nice dinner and maybe some flowers and chocolates. You know, a class A type date night. With the way things are going for Christmas, it’s a whole season of “me and you under the Christmas lights snuggling up and canoodling." Mush.

For centuries, Christmas music was specifically carols, songs about the baby Jesus and the Wise Men and peace on Earth and goodwill to mankind and comfort and joy. It was church choirs and door-to-door carolers signing the good news of the season.

Then, somewhere along the way, when mass-produced pop culture came along, starting with the growth of records and radio, things started changing a bit. It’s been a slick, slippery, snowy slope ever since. If you listened to just the new Top 40 tunes you might think the whole holiday was dreamed up by the big jewelry stores to sell engagement rings.

I just heard pop star Katy Perry sing a new one called “Cozy Little Christmas” on TV and in it she’s singing to her sweetheart and says “You’e the reason for the season ...” And I thought, 'Hey! That’s just wrong, her sweetie-pie is NOT the reason for Christmas."

Then there’s Mariah Carey with her super hit “All I Want For Christmas Is You." Well, it’s OK if she wants to skip the commercialization that can be overpowering during the holidays, that buy, buy, buy message we get from TV ads, but I think she could want a little something more from the season than just a date.

Songs about the cold, snow and winter

A minister I know can’t stand that Christmas song list staple “Baby, It’s Cold Outside," which is about nothing more than flirting over drinks in front of the fireplace. To be fair to the song, it never mentions Christmas once in the lyrics and the storyline takes place during a snowstorm.

But that brings up a whole ‘nother set of “Christmas” songs, those that are just about cold, snow and winter and aren’t actually Christmas songs at all. But they only get played at Christmas because it’s the winter season and if I had to guess that door for “snow” songs was opened by “White Christmas,” which is a Christmas song.

These winter songs come fast and furious on the radio leading up to Christmas Day. They include songs like the ever popular “Jingle Bells,” which never mentions the holiday but instead is a sing-a-long for riding in a sleigh through the snow. You know it was written by someone who lives where there is snow (or by a Hollywood songwriter with a good imagination) because if it had been written in Georgia it would have been about a buggy ride through red clay mud.

I cut these winter songs a little more slack since the writers didn’t really try to cash directly in on Christmas. One I like a lot is "Sleigh Ride," which is another song about sliding along in the snow behind a horse. It’s romantic fun but the centerpiece is them going to a birthday party, not a Christmas party. And I got to play the instrumental version of the song in the City Park Junior High School band when I was a kid, so maybe I’m a little prejudiced toward the song. But although romantic and snowy, “Sleigh Ride” doesn’t reduce Christmas to a date night.

There are, of course, the non-romantic, non-Bethlehem Christmas songs that have come along over the years. Santa Claus plays a big part at Christmas and songs about him and his adventures (and his elves and reindeer) cheer up the kids and keep the spirits bright. At least Santa is an actual saint, so he does connect to the original story in his own way. And there’s Mrs. Claus, so there’s the romance of a long-lasting marriage, which is depicted as loving but usually not too mushy.

Then there are the other song-stories that have a positive message that aren’t actually found in the original history of Christmas. I’m talking about characters that work with what they’ve got like Rudolph the Red-Nosed Reindeer, the Little Drummer Boy and maybe one you haven’t heard of, Nestor, the Long-Eared Christmas Donkey, who was the star of his own TV animated special. Rudolph has a love interest, but it’s a secondary plot thank goodness.

Now, having said all that and before you believe I say "Bah-humbug!" to all romance at Christmas-time, let’s go back to the original story where there actually was a meaningful romance that usually gets overlooked. Can you say Mary and Joseph?

We usually pick up the Christmas story with Mary already on a donkey, with child, and on her way to crowded Bethlehem with her hubby, Joseph. But the story starts way before that ...

We don’t know a lot about them but we do know some about that first century world that they lived in. Mary was betrothed to Joseph in a marriage that was probably worked out by their parents. He was a lucky guy and she was a lucky girl.

They probably were still teenagers with Mary being pretty young, maybe 15 or 16 at the time. They usually had a one-year engagement and in that time got used to the idea of being a couple. They were from Nazareth, which was such a small and poor village that people joked about it like we might joke about Resaca Beach. Nazareth was so small archeologists couldn’t even locate it for a long time. When I think of Nazareth I think of a run-down trailer park. Mary was betrothed to a carpenter and in such a poor area I don’t know if she thought of that as a blessing or a challenge.

So here’s a young girl, still a virgin, with her husband-to-be lined up, and along comes the angel Gabriel (same angel in the Daniel in the lions’ den story) and tells her she will have a child by the Holy Spirit. She must have gulped at first but realizing from the angel who the child would be, understood that she was being blessed in a one-of-a-kind way.

Back then, family was SO important that cheating was a serious criminal offense with heavy duty punishment if someone wanted to press charges. Marriage then was holy and adultery was considered a life or death threat back then, kind of like in cowboy days when horse thievery was considered a potential life or death threat. You leave a man out in the wilderness without a horse and it might just be the end of him.

But soon Joseph was visited by an angel in a dream and the truth was put forth to him. He got it. I think he probably loved Mary all the more for it and must have been mighty proud of her for getting the opportunity of all time.

For all intents and purposes their honeymoon was a hard trip to Bethlehem for the Roman census. Not only were they poor but they were under serious tax burdens and legal responsibilities. There was a temple tax, a Roman tax and a tax for Herod the Great. And this on poor folks who had to take probably weeks off work to go register for the Romans. They probably went with a caravan and even after they got back home they would have probably lived in a house with extended family. Joseph knew that he probably wouldn’t have much in the way of worldly wealth to provide his wife and children, but he was a righteous man, so would be able to provide them with a positive spiritual example.

Mary and Joseph’s marriage had challenges from the beginning but because of mutual respect, caring and love they developed into a couple that worked together for the very special family they had. After Jesus’ immaculate birth the couple went on to have sons and daughters and in-laws. Joseph is never mentioned again after Jesus is 12 years old and all historians and scholars surmise he died before Jesus began his ministry.

But the love and devotion of Mary and Joseph to each are an example of a loving couple that sets the foundation for the Christmas story — and that’s a love story worth singing about.