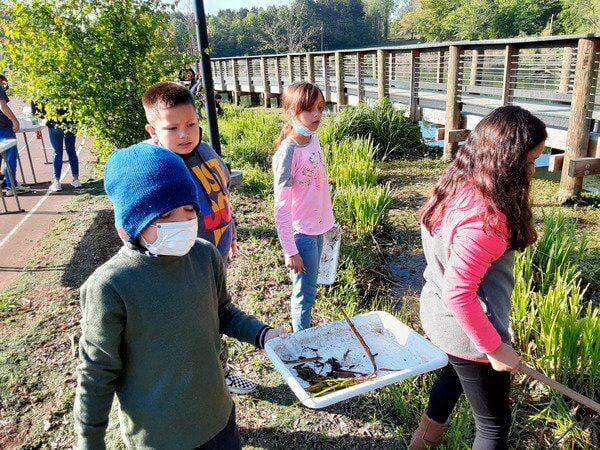 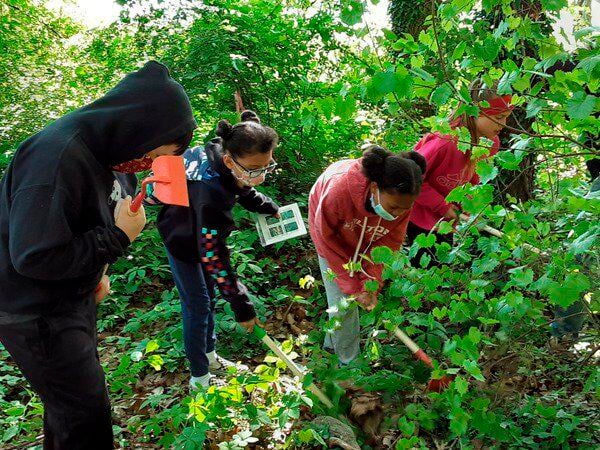 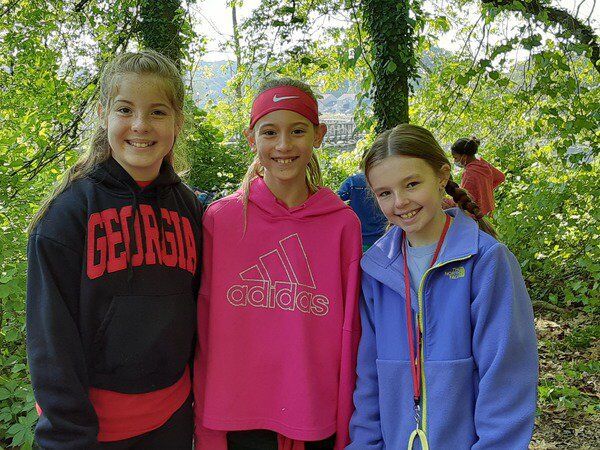 From left, Brookwood School fourth-graders Charlotte Bramlett, Brynlee Chlebisch and Kloey Lee said they enjoyed their time in Lakeshore Park on April 22, Earth Day. "If we don't push out the invasive plant species, native plants will have no space and start to die," Bramlett said. 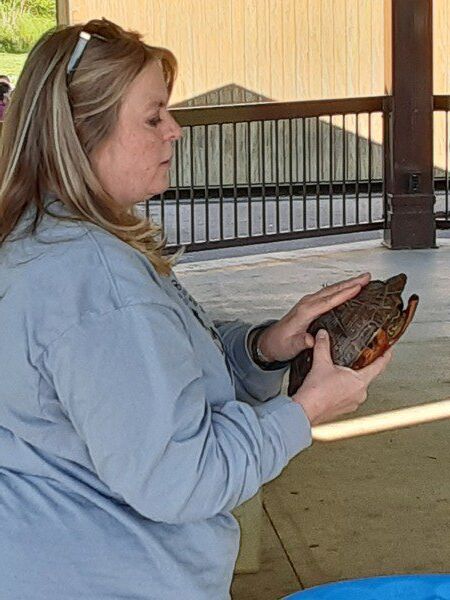 From left, Brookwood School fourth-graders Charlotte Bramlett, Brynlee Chlebisch and Kloey Lee said they enjoyed their time in Lakeshore Park on April 22, Earth Day. "If we don't push out the invasive plant species, native plants will have no space and start to die," Bramlett said.

"We spent a lot of time in class learning about invasive plant species and what they do to the ecosystem" before spending April 22 at Lakeshore Park removing them, said fourth-grader Kloey Lee. "We learn even more (about invasive plants) by coming out here and seeing them."

Her classmate in the school's German Immersion Program, Charlotte Bramlett, echoed those sentiments.

"We can actually see (invasive plants) and touch them," she said. "In class, our teachers can only describe them."

And "we've seen a lot" of the invasive plants, such as English ivy, privet and parrot feather, both on land and in the water, said fellow German Immersion Program student Brynlee Chlebisch. In addition to removing invasive species, students planted native plants in their place, both to protect the soil and to prevent invasive plants from returning.

They also learned "you have to be careful out here, and make sure to wear gloves," Chlebisch said. "English ivy can look a lot like poison ivy," for example.

Other stations on Earth Day in the park included fish and wildlife professionals discussing potential careers with students, hands-on time with various turtle species and "quick writes" on a bridge, said fourth-grade teacher Tiffany Thompson. "We feel it's better when they read and write in an authentic way, based on evidence from their real experiences (with nature)."

"We use the Lakeshore Park wetland as a natural habitat ecosystem to teach life science standards while integrating math, reading" and other subjects, Thompson said. "Today, we're trying to answer the question 'How do humans and natural disturbances impact an ecosystem?'"

When "outdoors, you have a chance to investigate, ask questions and find the answers," said fourth-grader Elise Mendez, who pulled plenty of leeches, as well as a dead fish, from the water on Earth Day. "I definitely learn more" in this environment.

"I love it out here, and we learn different things" than in a classroom, he said. "You're not looking at a laptop the whole time, and you can find the answers in your own way."

"It's a relaxing time, and it's exciting to learn more about the ecosystem," Horton added. "We get to explore, see what's in the water, and (decide) what it means."

He pulled dragonfly nymphs and "a lot of little earth earthworms" from the water, but "we were trying to find an aquatic worm, a water beetle and crayfish," he said. "I expect the crayfish are in deeper water."

The "food web is a big thing for us, and everything has a role in the ecosystem," Thompson said. "We want students to have a healthy respect for nature and, out here, observe things they might otherwise overlook."