Dalton Public Schools prepared to continue online learning into May; Hammond Creek Middle School to be the Tigers 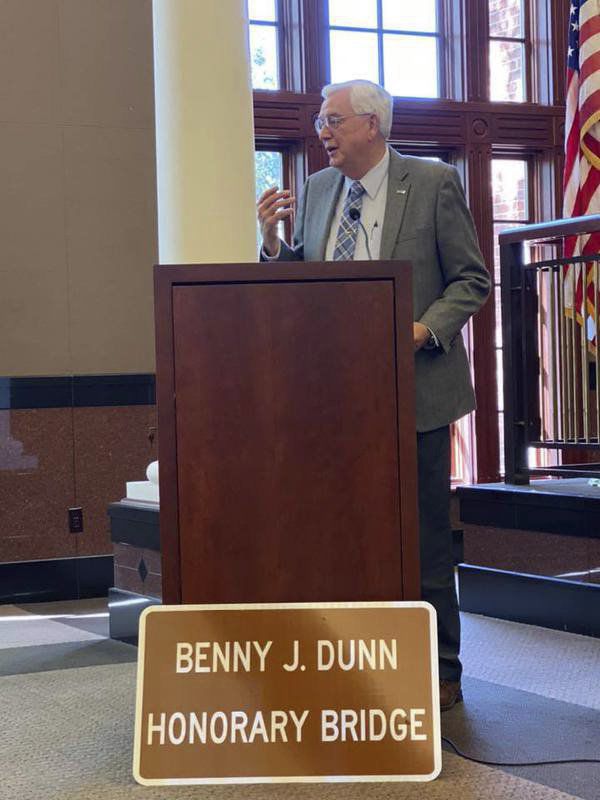 Benny Dunn speaks to those gathered at City Hall during a reception in his honor. Dunn retired as Public Works Department director after 23 years with the department, including 14 years as director. 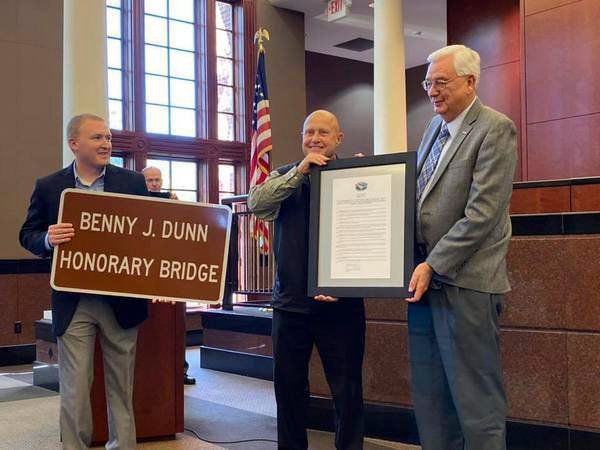 Benny Dunn speaks to those gathered at City Hall during a reception in his honor. Dunn retired as Public Works Department director after 23 years with the department, including 14 years as director.

The mayor and council of the City of Dalton presented a resolution to retiring Public Works Department director Benny Dunn on Friday naming the Waugh Street Bridge the Benny J. Dunn Honorary Bridge.

The resolution was presented to Dunn in the City Hall council chambers with more than 100 attendees present for a retirement reception recognizing Dunn's 23 years of service to the community. The bridge, which connects a vital commuter and industrial corridor across the CSX and Norfolk Southern railroads, was the first bridge project Dunn managed after being appointed as a Georgia Department of Transportation project manager in 1973.

The resolution noted that Dunn has been a public servant for more than 54 years in his careers with the Georgia Department of Transportation in various capacities and the City of Dalton as Public Works director. During his career with the Georgia Department of Transportation, Dunn served in many supervisory positions within the department's Maintenance & Construction Divisions and retired as the district construction engineer in Cartersville, supervising all roadway and bridge projects in 17 northwest Georgia counties.

The mayor and council and the citizens of Dalton appreciate the positive impact of Dunn's service to the community.

Ms. Donna Lee Mathis, age 65, of Dalton, Ga., departed this life on Friday, March 27, 2020, at the Erlanger Medical Center. She was born April 4, 1954, in Danville, Virginia, a daughter of the late Bobby Mathis Sr. and Dorothy Mae Abbott Mathis. She is survived by her son, Michael Byers; dau…