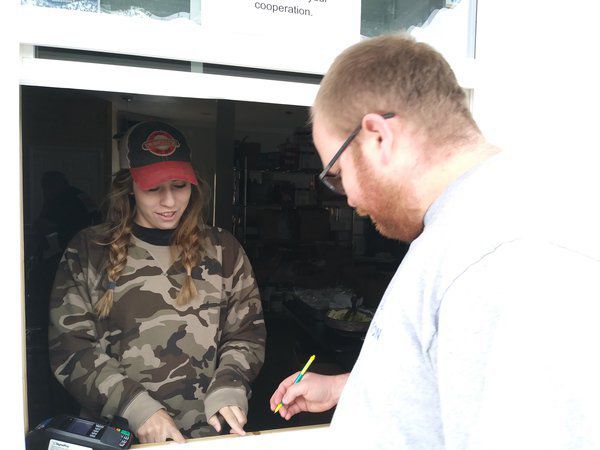 Matthew Roundtree picks up an order to go at the Red Wolfe Grill in downtown Cohutta. 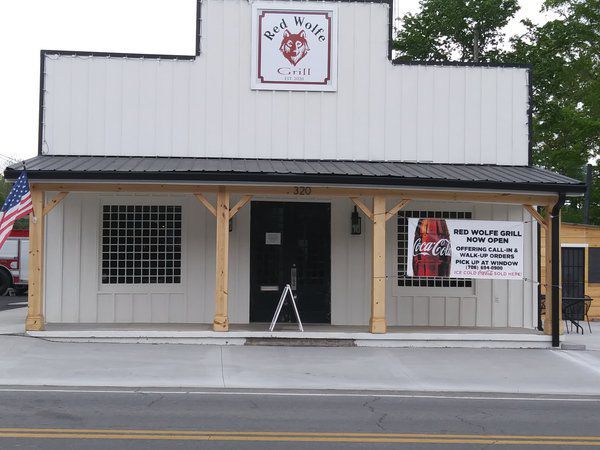 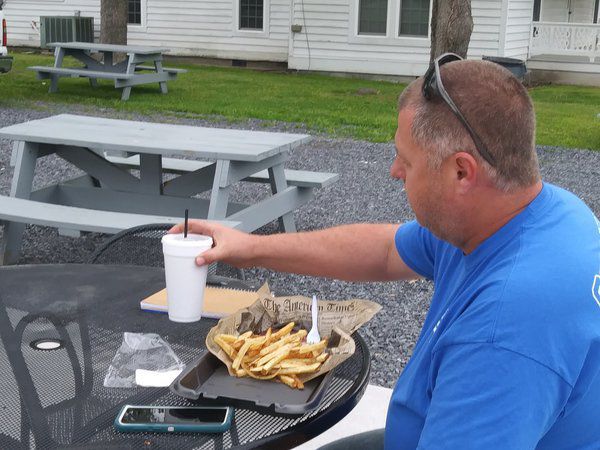 Matthew Roundtree picks up an order to go at the Red Wolfe Grill in downtown Cohutta.

Kristy Adams admits she was a little nervous. Opening a new restaurant is a serious undertaking. Opening a restaurant just days after the governor issues a shelter-at-home order and bars restaurants from allowing customers to dine inside is perhaps unprecedented. But that's just what she and her husband Danny did when they opened the Red Wolfe Grill in downtown Cohutta in early April.

"We had been working on this for a long time when everything started (with the new coronavirus, COVID-19, and the state shutdown)," she said.

Fortunately, she said, Whitfield County health inspectors were able to work with them to get the kitchen going and the restaurant open.

"It was overwhelming," Kristy Adams said. "We sold in one week what we expected to do in two weeks."

She said business has continued to be strong, with heavy demand for the restaurant's burgers, barbecue and chicken. She said customers quickly adapted to not being able to dine inside.

"They walk up to one window and order, and we have a (separate) pickup window," she said. "We've got four tables on the patio. We spray them down regularly, and a lot of folks bring their own wipes to wipe them down. The city has several picnic tables in the area. People have been really good about maintaining social distancing."

Adams said she and her husband had been talking about opening a restaurant for several years.

"We decided it was something we'd like to do," she said. "We both like to cook. My husband loves to barbecue. We would set up at the Battle of Tunnel Hill (Civil War reenactment) for several years. We had people call and ask us to barbecue for them, sort of catering, and we've done that for a few years."

Derrick Callahan was sitting on the patio eating a hamburger steak and french fries recently. He said he'd come over from Beaverdale just to try the food.

"This is my first time to eat here," he said. "A friend who lives in Cohutta recommended it. It's really good. The portions are good. I really like it. I'll be coming back."

Matt Reynolds was picking up an order to go for himself and his wife.

"I got barbecue and she got a burger," he said. "We've eaten here two or three times already. We try something different each time and have enjoyed it all."

Cohutta Mayor Ron Shinnick said he isn't surprised the restaurant has been a success so far.

"This is the sort of development we hoped to attract with sewer," he said. "It's the sort of business we wouldn't have without sewer."

The town used a $315,000 grant from the federal Appalachian Regional Commission and $235,000 from the 2015 Special Purpose Local Option Sales Tax (SPLOST) to extend sewer from an existing Dalton Utilities sewer line serving the nearby Pilgrim's Pride chicken hatchery to downtown and to Cohutta's central park.

"We couldn't do this without sewer," she said. "As much water as we push out, we'd have to have the sewer."