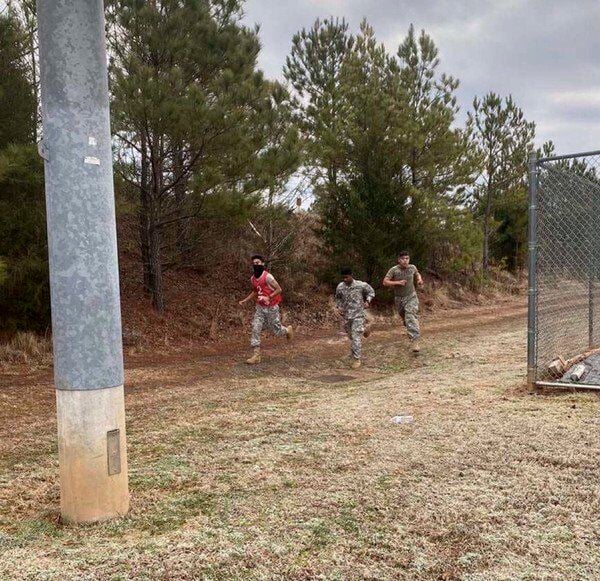 Instead of a traditional competition where cadets compete in teams of 10, cadets were paired with another cadet for the Adairsville event. 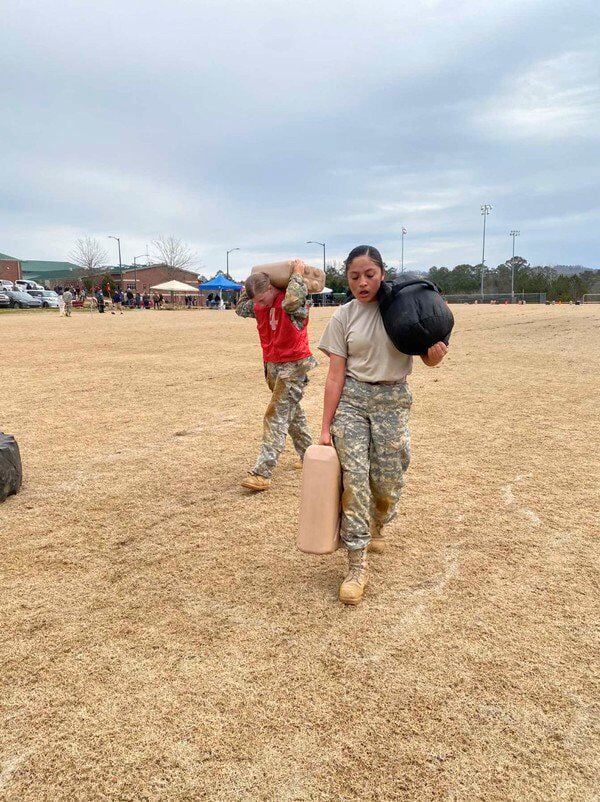 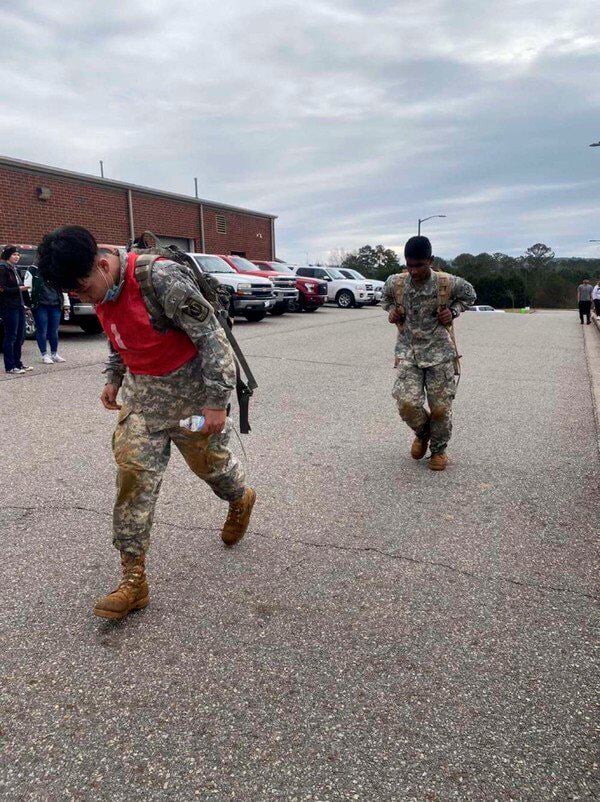 Instead of a traditional competition where cadets compete in teams of 10, cadets were paired with another cadet for the Adairsville event.

After about a three-month break since their last competition, the Dalton High School JROTC Raider team members were eager for the competition at Adairsville High School.

The weather that day was cold and windy, and all the obstacles in the obstacle course were wet due to the rain the previous night.

The competition consisted of three events: the team run (1.67 miles in cross country terrain), obstacle course and equipment carry (0.75 miles), and the rucksack run (1.4 miles with a 35-pound rucksack), the first two events of which had to be completed in under 45 minutes in order for the teams to continue on to the third phase.

The male teams started the competition at 9 a.m., and all three Dalton male teams finished before it was time for the mixed and female teams to begin.

The mixed and female teams began at 10:30 a.m. and all four Dalton female teams finished in just over an hour.