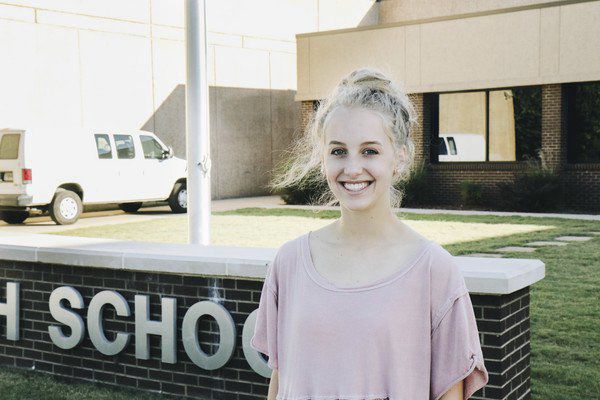 Dalton High School's Hannah Miller set her heart on becoming a pilot when she was only 3, after attending an air show. 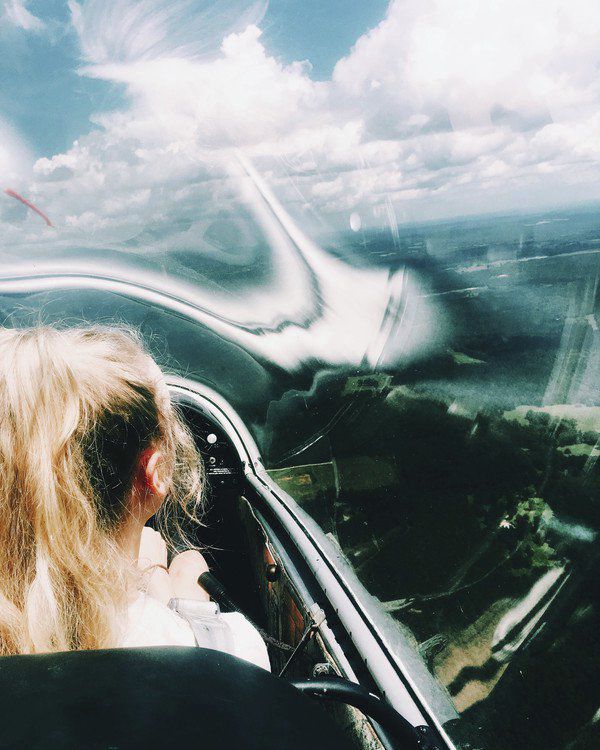 To be a pilot, "the learning and information never stops," Hannah Miller said. "There's no end date, and there's never a break, because you have to keep flying and keep reading to stay current."

Dalton High School's Hannah Miller set her heart on becoming a pilot when she was only 3, after attending an air show.

To be a pilot, "the learning and information never stops," Hannah Miller said. "There's no end date, and there's never a break, because you have to keep flying and keep reading to stay current."

Dalton High School's Hannah Miller is flying high, both literally (she's on the verge of attaining her pilot's license), and metaphorically (she just became the first Catamount to capture the Daughters of the American Revolution Good Citizen Award).

As a cadet commander for the Dalton-based Whitfield-Murray Cadet Squadron of the Civil Air Patrol, Miller is constantly leading discussions regarding "ways we can make a difference in our community" with her fellow cadets, so the essay she was asked to write for the Daughters of the American Revolution on effective citizenship "was definitely something I was familiar with," said the senior. The Civil Air Patrol promotes the core values of integrity, service, excellence and respect, and "I got my (essay) inspiration from those."

Miller "is very good at motivating her peers," said her squadron commander, Capt. Eric Rochelle. "She's able to make everyone feel really good about what they are trying to accomplish."

"I've paid for my flight training through that," she said. "It's been an incredible blessing."

Miller "went out and applied for scholarships, and she works everything into her schedule," said Rochelle, a retired National Guard sergeant. "She has a lot of drive and ambition."

Miller set her heart on becoming a pilot when she was only 3, after attending an air show. She was fascinated by TV shows and movies about aviation, and she'd often build miniature airports.

Then, in third grade, she had her first flying lesson, and "I remember it to this day," she said. "It was amazing."

As a freshman, she joined the Civil Air Patrol's cadet program, where one learns to fly, among other skills.

The Civil Air Patrol "has changed me as a person and instilled long-lasting core values," Miller said. "We do so much more than just flying."

Miller is "diligent, well-prepared and willing to learn," Rochelle said. "Kids like her are exceedingly rare and hard to find."

She plans to give back when she receives her personal private pilot certificate, which, among other benefits, will allow her to rent planes on her own and take others up into the air with her.

"So many incredible people have taken me flying for free, just out of kindness," she said. "I feel perfectly comfortable" in the aviation milieu.

Miller has tested her mettle on multiple occasions, including her first "cross country flight," flying from Calhoun to Athens, Tennessee. Already "scared to death" because of the flight's circumstances, she was buffeted by winds while flying over mountainous terrain.

Flying solo, without an instructor or another pilot, the light plane was "like a kite" in that "incredibly turbulent air," she said. "By the time I got to the airport, my wind system was giving erroneous readings, so I didn't know where to land."

"You always want to land into the wind, but I couldn't tell," she said. "I had to go off of some smoke in the distance, because there was no other reference point."

Another time, Miller wasn't the pilot, but she was in a plane forced to land in a cotton field due to engine failure.

"We were flying in a bush plane, and they're meant to land in those situations, so it's not as bad as it seems," Miller said with a chuckle. In fact, the Super Cub remains her favorite aircraft to fly, even though her only experience with it was that emergency landing, because "it's just a cool airplane — it's the coolest thing I've ever done in my life."

Miller mainly flies a Cessna 152, and "99% of risk can be mitigated by planning on the ground," she said. "You prepare on the ground."

To be a pilot, "the learning and information never stops," she said. "There's no end date, and there's never a break, because you have to keep flying and keep reading to stay current."

Miller has graduated from the summer Georgia Wing Encampment and also the two-week Cadet Aviation Ground School, according to the Civil Air Patrol. The Ground School provides an endorsement that allows students to take the written exam for a private pilot’s license.

Miller has passed her Federal Aviation Administration written exam, and she has all her hours completed, even though a broken finger she caught in a hangar door that required 15 stitches sidelined her for a month last year. All that remains is her check ride, which entails both an oral exam and a flight.

"Getting a pilot license, that is no joke," Rochelle said. "It's very demanding."

Miller plans to major in professional flight and minor in aviation management, but has yet to commit to a school. She also hasn't decided if she eventually wants to be a commercial pilot, a corporate pilot or an Air Force pilot.

However, she is sure she'll be in the air, since time in the sky is her Camelot, she said. "I'll just be happy flying."

Mr. Warren Boyd McGill, age 96, of Chatsworth, Georgia, departed this life Monday evening, July 13, 2020 at Ridgewood Manor. He was born November 29, 1923 in Blue Ridge, GA, a son of the late Lonnie and Ollie Early McGill. He was also preceded in death by his wife Magadline Hollis McGill, so…