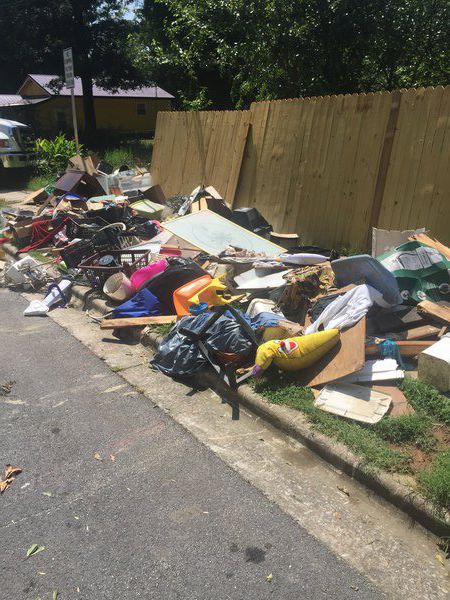 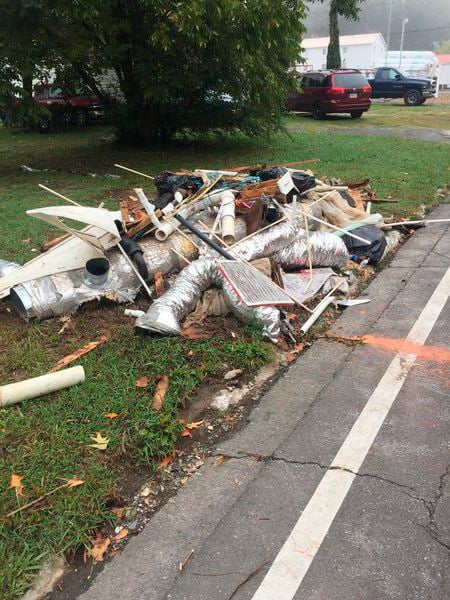 “You never get a second chance to make a first impression,” said Dalton Mayor David Pennington.

That’s why city leaders are working to make sure Dalton is putting its best foot forward and increasing the city’s “curb appeal.” To crack down on unsightly piles of illegally dumped rubbish and brush, city leaders are planning stricter enforcement of Dalton’s existing solid waste disposal ordinances.

“It used to be that when people came here they marveled at how clean we were in Dalton,” Pennington said. “Georgia cities have had problems with litter for a long time, and up until a few years ago we were the poster child for how to handle that. Over the last few years we have lost our way on that a little bit, but we’re going to get it back.”

Dalton’s Public Works Department provides household garbage and recycling collection on a weekly basis. The city also performs residential curbside brush and rubbish collection every two weeks — one week on the north side of the city and the following week on the south side. But city ordinances restrict what can be left at the curb for collection and in recent months the number of complaints about illegal dumping of brush or rubbish have been increasing.

“Our City Council members have received a lot of feedback about the city’s curb appeal,” said Andrew Parker, Dalton’s Public Works director. “A lot of these big rubbish piles are very unsightly, especially if they’ve got an old dirty mattress or a lot of dry wall or insulation from a remodeling project.”

The dumping of that type of rubbish — debris from construction or remodeling work — is the source of the most confusion about the city’s ordinances. It’s illegal in Dalton to dump those materials and by city ordinance the Public Works Department is not allowed to collect those materials or roofing material. It’s also against city ordinance to dump tires, paint or paint-related products in liquid form, refuse generated by any commercial activity, refuse generated by a person for hire (such as a contractor) and brush material that results from ground clearing. While it’s legal to leave material from more “routine” yard work, it’s against the ordinance to leave stumps, tree trunks and other materials.

“At times in the past, public works has tried to accommodate homeowners by hauling off remodeling debris if it’s the homeowner performing the work themselves and not a contractor. However, it’s not always easy to determine who put it on the curbside, a homeowner or a contractor,” Parker said, noting that moving forward, residents will be required to perform their own haul off to the landfill or secure a private dumpster service. “The directive that we’ve been asked to follow going forward is to enforce the ordinance as written.”

That isn’t to say that all dumping is illegal, and there’s confusion about what is allowed to be left at the curb. So-called “white goods” like refrigerators or washing machines are allowed to be left for collection. Discarded furniture items can be left on the curb. Tree limbs, yard trimmings and other yard debris are also allowed so long as they’re generated by the residents themselves and not a for-hire yard service.

“The spirit of the law is that we collect what a household would generate from routine yard maintenance or routine household work, but not from a remodeling project or landscaping work,” Parker said.

The city provides collection of rubbish and brush as well as garbage and recycling to single-family residences, individually owned condos, as well as duplexes and housing buildings up to three individual units. Apartment complexes and commercial businesses must provide for their own garbage and refuse collection.

“Most other cities, won’t provide pickup for rubbish or brush unless you pay a fee in advance,” Parker said, “so Dalton is providing a great service here. We don’t charge any other pickup fees other than city M&O taxes, but there is some abuse of the services from time to time.”

Contractors doing work at residences also must provide for the hauling away of any debris they generate. Parker says he’s been told anecdotally that some contractors working in the city have offered to charge homeowners a slightly reduced rate in exchange for leaving construction debris or brush at the curb to reduce their costs.

“Whether it be a contracted tree cutting or a remodel, if public works is going out there picking debris up, it’s not fair to the contractor who is wanting to do it the right way and never getting hired for the job because they have to charge more for a haul off and disposal fee,” Parker said.

“All businesses, what they want is an even playing field. When you have some businesses that are cutting corners and abusing that city service, that isn’t a level playing field,” said Pennington, who himself is a small business owner in addition to serving as mayor. “The second thing is if the business owners of this community aren’t 100% behind having a clean and orderly community, I don’t know who will be because it affects us more because we’re the people who have to do business here and attract people here to do business.”

The Public Works Department will be working with the Dalton Police Department’s Code Enforcement Unit to try to cut down on the practice of contractors leaving behind their refuse, as well as the practice of people who live outside of the city bringing brush, refuse or simple household garbage into the city to dump it for collection.

“We’re going to be investigating the 10 to 15 problematic dumping locations that we’ve got in the city to determine who is doing the dumping to see if we can prosecute them,” Parker said.

Residents have also frequently been mixing household garbage in with brush or rubbish piles, which is against the city’s ordinance. Brush, rubbish and garbage or recycling must be separated. Garbage must be put into the green 95 gallon container provided by the city and recycling must be in the blue bin. No overflow garbage can be placed on the curbside.

Of course, with so many items that are perfectly legal to be left at the curbside for collection there’s still the potential for unsightly piles of rubbish or brush to be left on the curb for periods of time. With collection taking place only on an every-other-week basis there can sometimes be confusion about when collection is schedule to take place. Also, residents often have to do yard work or disposal of old furniture or appliances when their schedule permits and that does not always coincide with the city’s collection cycle.

“Another thing that our sanitation crews do is to try to be caught up with their collection routes by the end of the day on Thursday so that on Friday they can ride through all of the ‘gateway corridors’ into the city and make sure those look good for the weekend,” Parker said. “If there’s a legal rubbish pile left in those areas like Walnut Avenue, Thornton Avenue, Shugart Road or anything coming into town, we’ll try to collect it even if it’s not on schedule to at least have the gateways looking good and represent the city well.”

Dalton residents with questions about collection of garbage, brush, and rubbish and what can be left at the curb can contact public works at (706) 278-7077.