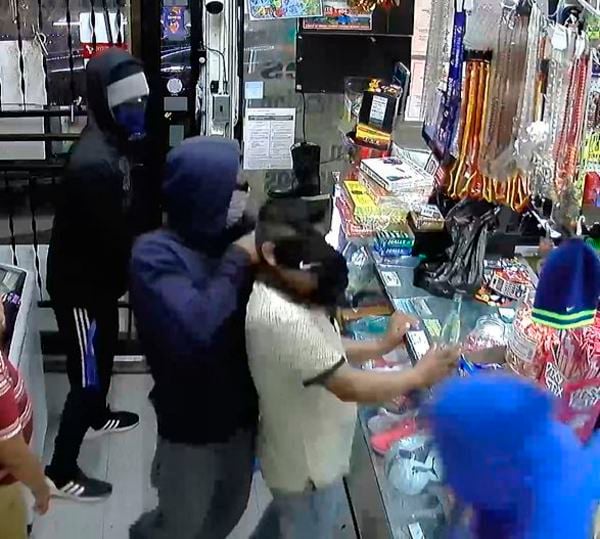 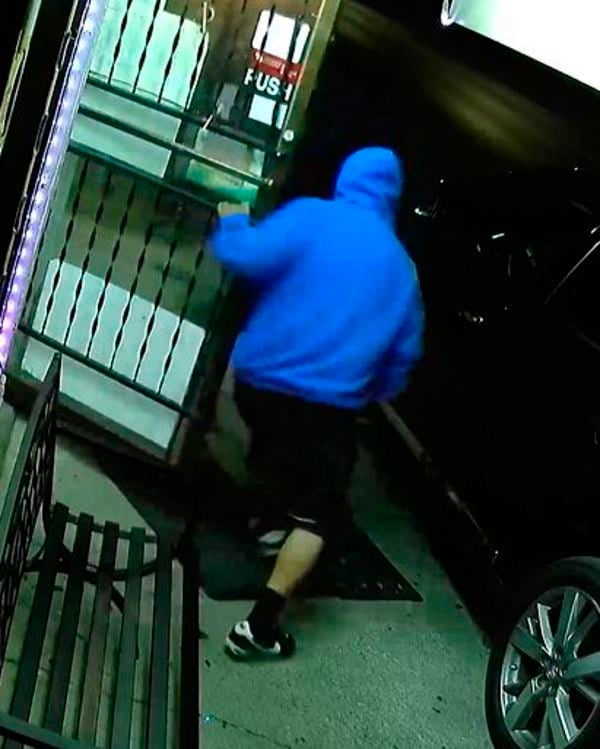 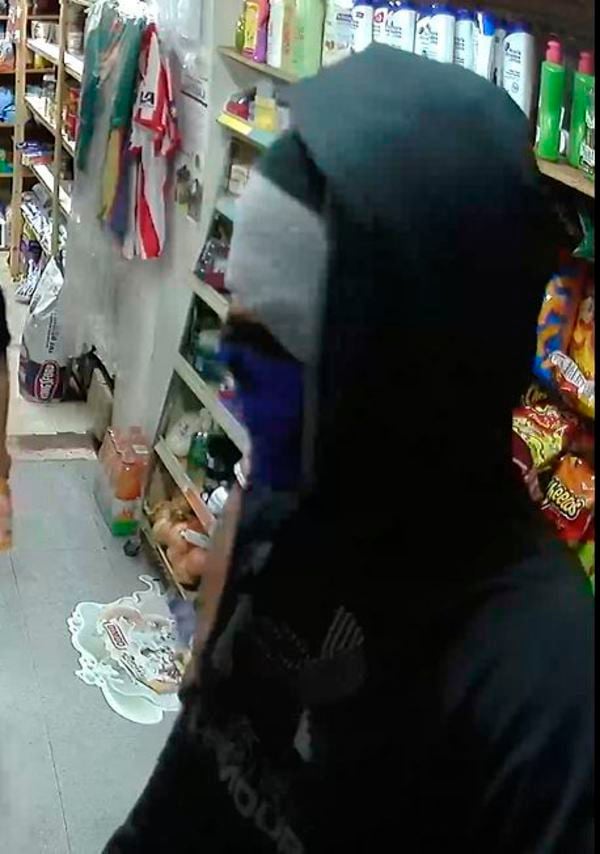 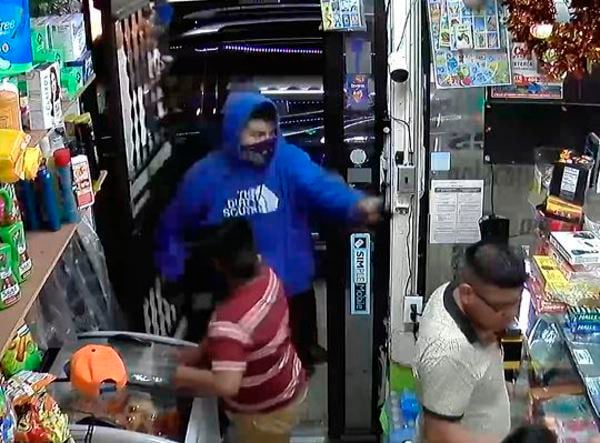 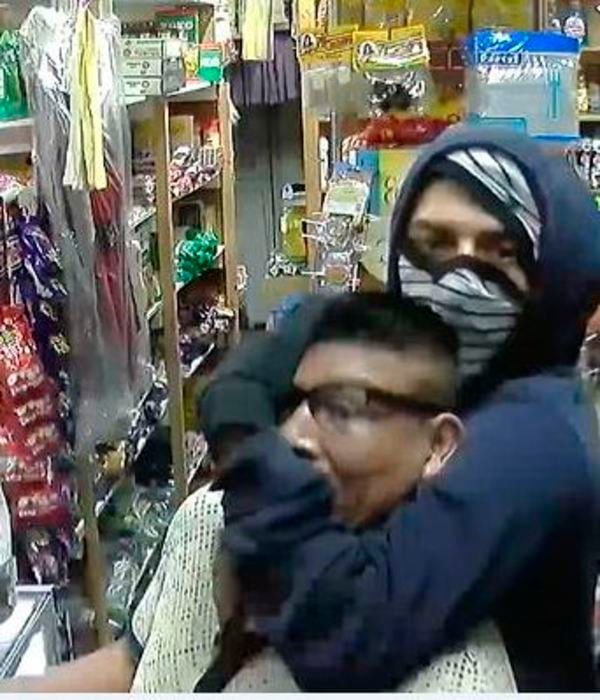 The Dalton Police Department is looking for three suspects in an armed robbery that happened in September.

The Dalton Police Department is looking for three suspects in an armed robbery that happened in September.

The Dalton Police Department is asking for the public’s help in identifying three men who robbed a Dalton store at gunpoint in September. The suspects wore masks covering their faces, but investigators believe that someone will recognize their distinctive clothing or exposed facial features recorded by store surveillance.

The incident was on Sept. 13 at the La Esquinita store at 613 N. Hamilton St. Shortly before 9 p.m., three masked males walked into the store and two of them began pointing handguns at the store clerk and customers inside. One of the suspects walked behind the counter and shoved the clerk away at gunpoint, opening and emptying the cash register. While that was happening, a second suspect grabbed the customer around the head and face and held a gun to his head. The suspect held the customer in place until the robbery was complete. The third suspect appeared to act as a lookout at the door to the business. The three then fled on foot, apparently running northwest in the direction of an alley near Matilda Street. The group got away with a large amount of cash.

The first suspect wore a light blue hoodie sweatshirt with the words “The Dirty South” on the front in a logo styled to look like the North Face logo. He also wore black shorts with a white stripe down the leg, black and white Nike shoes and a blue mask that covered the lower portion of his face. He carried a black revolver.

The second suspect wore a dark blue hoodie and a single black Nike glove on his left hand. He wore gray pants, blue and white shoes and a black and white mask over his lower face and also something covering his upper face. He carried a black semi-automatic handgun.

The third suspect wore a black Under Armour hoodie, black Adidas shorts with three white stripes on the legs, black Adidas shoes, a gray or black beanie hat and a blue mask covering the lower portion of his face. He also had a blue key lanyard hanging out of his shorts pocket.

Anyone with information on this crime or the identity of these suspects is asked to contact Detective Jacob Burger at (706) 278-9085, ext. 9325.