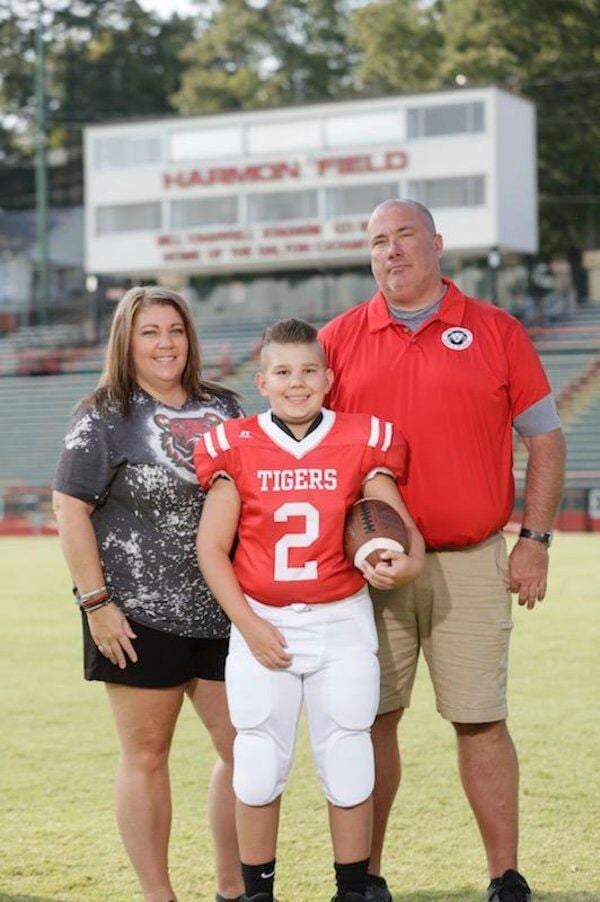 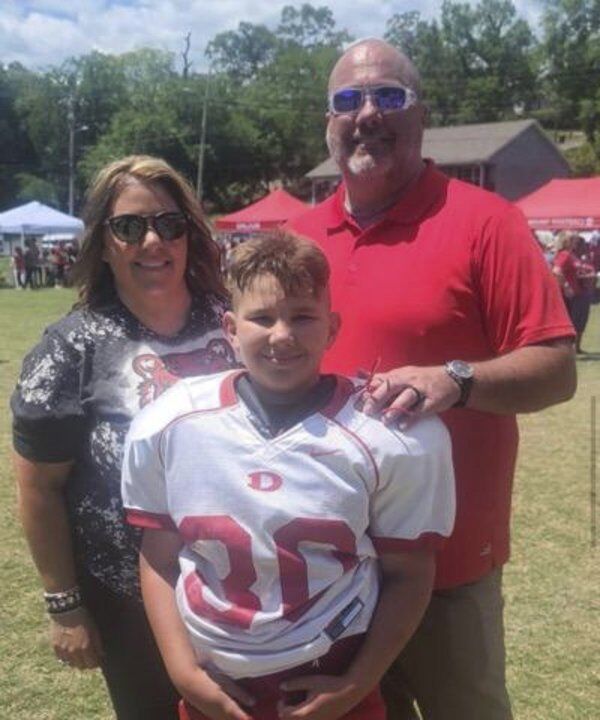 Friends and family recall Sean Hammond as a man with a magnetic personality who was adored by the children he worked with.

His wife Heidi, a teacher at Chatsworth Elementary School in Murray County, remains in the intensive care unit in AdventHealth Gordon with COVID-19.

The couple were originally from Virginia but have lived in Murray County for about 20 years after graduating from Marshall University in West Virginia.

"We come from a family of teachers and coaches," said Sean Hammond's older brother John, a teacher and coach at Southeast Whitfield High School. "Our uncle was a head football coach. Our dad was a coach and teacher. He got out of teaching when he started having children. Teaching didn't pay that much back in the 1960s, so he went to work in a coal mine."

"He was in bed for a few days, and when he didn't start feeling better he went and got tested for COVID-19," he said. "It was positive. Heidi got it, too. She tested positive. Marshall, their son, tested positive as well. But he just got the sniffles."

John Hammond said Sean Hammond was "healthy as can be, very active," and Heidi had no health issues. Neither had been vaccinated.

John Hammond said Sean and Heidi, who is in her mid-40s, said they had no idea where they caught COVID-19.

John Hammond said his brother graduated from high school in 1988, joined the U.S. Army and served in Germany.

"He got out of the Army and was studying, if my memory is right, at the University of Tennessee but was called up for Desert Storm in 1991," he said. "When he came back, he started at Radford University. Then he met his future wife Heidi and they ended up going to Marshall University and graduating with teaching degrees."

John Hammond said Sean and Heidi knew they wanted to remain in the South.

"They started looking at Georgia because it had the highest-paying teaching jobs, and they both found positions in Murray County," he said. "We helped them move down, and we loved the area, so a year later we -- my wife and I, our two children and my mother -- moved down as well."

John Hammond said of his brother that people were "drawn to him. He was a great friend, a great brother. He would do anything for you."

"You've got to love children if you go into teaching," he said. "We certainly don't do it for the money. My brother really loved children and wanted what was best for them."

"Marshall played in our youth football program, the Dalton Cats, for three or four years," he said. "They were big supporters. Sean had been a former coach, and when we started the program here (in January) I asked him to work with me. I've been coaching 21 years, and he's probably the best offensive line coach I've been around. He had a great passion for football. He loved the kids, and they loved him."

A group of Murray County Schools teachers went to Calhoun Tuesday to pray for Heidi Hammond.

"The outpouring of love and support and prayers for her and for her family since this started has been amazing," said Angie Green, a friend and co-worker of Heidi Hammond.

"The school has really come together for her," she said.

Green, who has known Heidi Hammond for six years, described her as "outgoing, funny, very strong."

"She's the sort of person who never meets a stranger," Green said. "She loves children. She loves teaching, and she loves her family. Her son is just like her."

Green said everyone who knows the family is "heartbroken" about Sean Hammond's death and is praying for Heidi.

"They are such great people, a great family," she said.

"The Hammond Creek Middle School staff and students and everyone within Dalton Public Schools mourn the loss of Coach Sean Hammond. Though he had only joined the staff at the school this year, it was clear that he was a talented and passionate educator and coach."

School counselors and social workers were at the school Tuesday to provide assistance to students and staff if it was needed.

"He was never able to start the school year with students in the classroom. However, he had also joined the Hammond Creek Tigers coaching staff during the summer and had already left an indelible mark on the other coaches and players," the statement said.

Dalton Public Schools Chief of Staff Pat Holloway said school system officials did not know where Sean Hammond contracted COVID-19 and did not know of any teachers who reported testing positive because of the new teacher induction.

"Our thoughts and prayers go out to all of Coach Hammond's family and friends as we all grieve the loss of an extraordinary individual," the statement said.

There will be a service for Sean Hammond on Saturday at 4 p.m. at Peeples Funeral Home in Chatsworth. Visitation will be from 1 to 4 p.m.