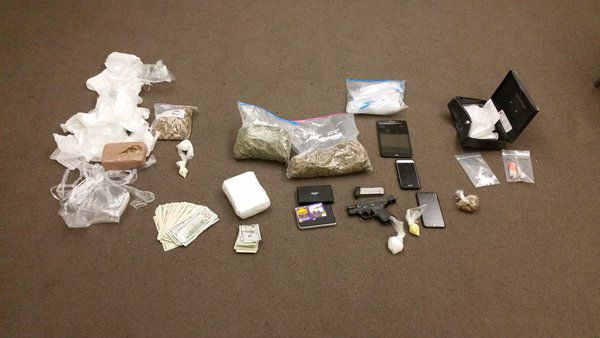 During an arrest on Tuesday, deputies with the Whitfield County Sheriff's Office seized drugs with an estimated street value of $40,000 along with digital scales and a handgun. 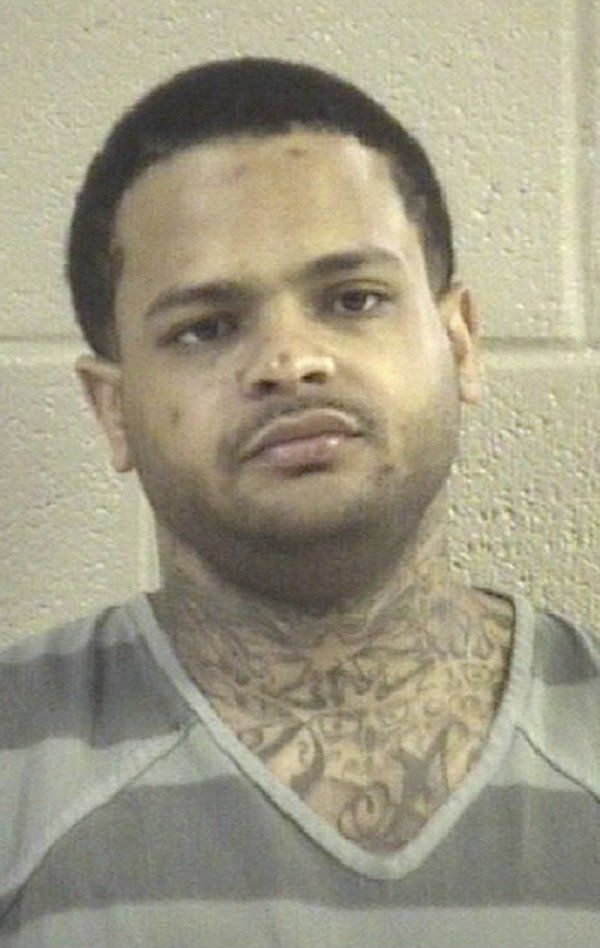 During an arrest on Tuesday, deputies with the Whitfield County Sheriff's Office seized drugs with an estimated street value of $40,000 along with digital scales and a handgun.

When a suspected drug runner was cornered by deputies and refused to come out of his car, Whitfield County’s drug dog Eddy was able to provide a little persuasion.

“When he wouldn’t come out of the car, we allowed the dog to go into the car with him, and he exited the car shortly thereafter and surrendered,” Whitfield County Sheriff’s Office Capt. Rick Swiney said Wednesday.

Swiney said Matthew Bradley Reynolds, 28, of 1505 Riverbend Road, was treated for bites to his arm from the dog by paramedics and was arrested after deputies confiscated approximately $40,000 worth of drugs. Among the items found in the car were a “large quantity” of meth, ecstasy pills, hydrocodone pills, clonazepam pills, approximately five pounds of marijuana, digital scales and a handgun.

The arrest occurred Tuesday afternoon after Reynolds was spotted in the Shugart Road Wal-Mart parking lot. Deputies cornered the car and made the arrest in the Murphy gas station parking lot nearby.

“We had just recently received information that he was moving a lot of illegal narcotics,” Swiney said. “We are still working on the investigation.”

Reynolds is being held at the Whitfield County jail without bond.

In March 2016, Reynolds was arrested on an aggravated assault charge after brandishing a gun during a dispute over a missing debit card. He has had criminal charges in the past for armed robbery, drugs and other felonies.