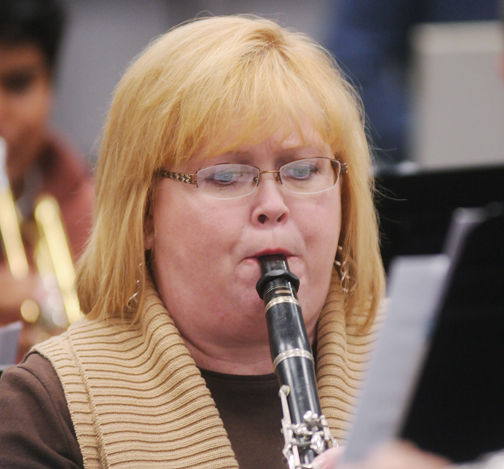 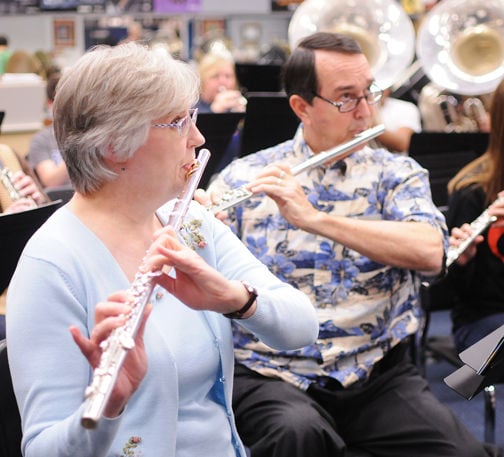 But Ellie Jenkins is taking steps to turn the Dalton/Whitfield Community Band into “an outlet for people who haven’t had a reason to play an instrument since high school and want to have a place for recreational music making.”

“A community band is open,” said Jenkins, assistant professor of music at Dalton State College. “Dalton has been lacking an adult group like this. Basically, it’s for adults, high school students or college students who want to come together and put on music. It’s really open to anyone with previous experience on band instruments.”

It’s a lot of work to get the band ready for live performances, Jenkins said, but the success or failure of the project depends on community involvement. Mickey Fisher, an adjunct professor of woodwind instruments at Berry College and a longtime band director in the Dalton Public Schools System, believes people will come.

“Dalton is loaded with band alumni,” Fisher said. “There are many musicians that may not have played in the last 40 years, but when they hear about this and come they’re happy they came and we’re happy to have them here.”

“We’re trying to make sure we can get a core group of people assembled and committed at first,” Barnett said. “Once we get a program we might be able to schedule something (a public performance) maybe in February. We’re still debating sites for concerts and programs.”

Anyone who wants to join can “just come,” Fisher said.

“It’s so wide open, though we’re really not pulling from middle schools,” he said. “We really won’t have much of an instructional process at this level, so it’s probably not for beginners. It might be something they can aspire to. There’s no membership fees or audition process right now. It’s on a volunteer basis.”

The community band promises to be professional, Jenkins said, even if the band itself is not an official group.

“What I would like is to see the band rehearsing and performing at a high level,” she said. “We want to be at a high level of participation. It’s really about people playing and enjoying music. Right now we’re just getting it off the ground. There will be financial needs, we’ll ultimately need to purchase equipment, so if people want to be with the group in a non-playing fashion we can use them. I would like to see the community as a whole kind of accept the band as a community institute.”

Asked what type of music the band will focus on, Barnett said, “We will focus on what is called standard concert marches, based off the military form of music used to move troops around. But we’re going to also have different kinds of concert pieces that would reflect different eras. For example, we talked about Bosnian folk songs. We will have a wide varied of styles.”

For more information on the band call Jenkins at (706) 272-2528 or search “Dalton/Whitfield Community Band” on Facebook to find the online group.