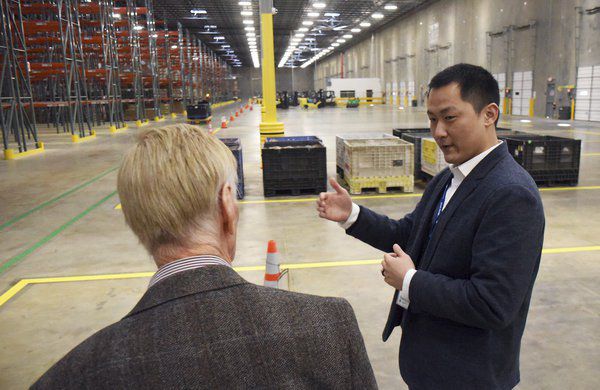 Senior robotics engineer Jae Jung talks about some of the autonomous mobile robots utilized at the GE Appliances facility in Crandall. 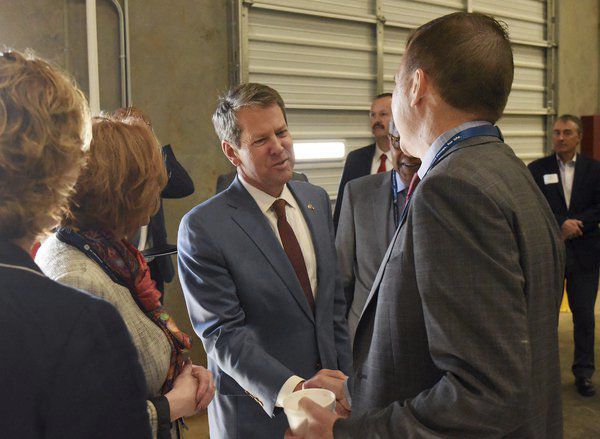 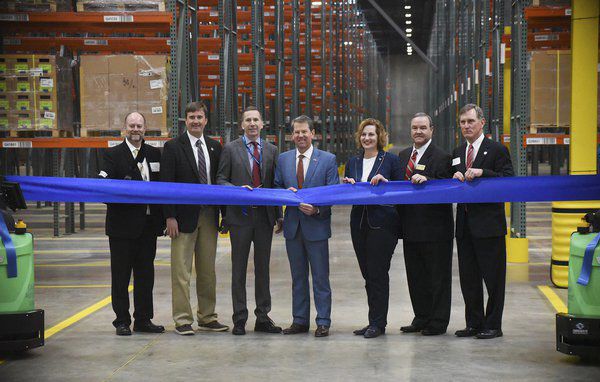 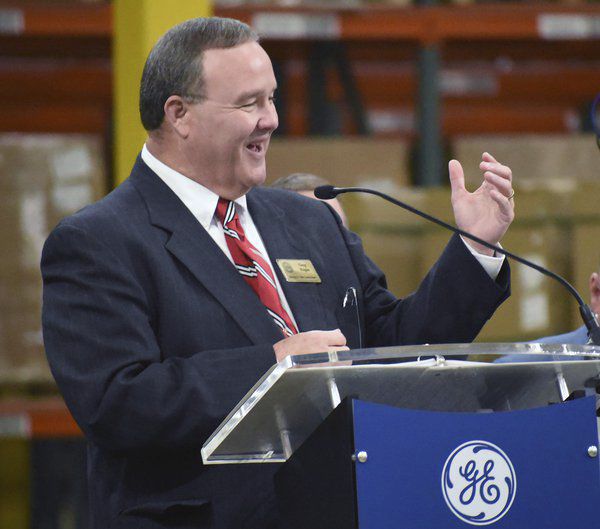 Senior robotics engineer Jae Jung talks about some of the autonomous mobile robots utilized at the GE Appliances facility in Crandall.

The center allows GE Appliances, a Haier company, to "dramatically reduce processing time" at the Port of Savannah and has "virtually eliminated port backlogs," according to Kevin Nolan, chief executive officer of GE Appliances. With the nearby Appalachian Regional Port, an inland extension of the Port of Savannah, the 6900 Highway 411 North location is considered an optimal site for the Southern Logistics Center, which handles shipments of components used in millions of appliances each year and supports several GE Appliances plants in Alabama, Georgia, Kentucky, South Carolina and Tennessee.

By utilizing locations like the port and this logistics center — which had actually already been "flowing" for about three weeks prior to Monday's ribbon cutting — GE Appliances can continue to deliver "finished goods" to 90% of American households within 24 hours of order, said Melanie Cook, chief operating officer of GE Appliances. That's critical, because "everyone wants things immediately these days, and we can do that."

The facility "shortens the supply chain," as items are shipped to Georgia from all over the world for GE Appliances, Nolan said. "Just being predictable is important, and I like the predictability we're getting out of the Georgia port."

The Appalachian Regional Port opened roughly 18 months ago, and "it's been a great success," said Will McKnight, chairman of the Georgia Ports Authority. It's part of a larger plan to ensure easier transport of cargo, and in February the port moved more than 2,500 containers.

"We have the best port in the country, possibly the world," said Brian Kemp, Georgia's governor. "It's important to all 159 Georgia counties every day."

The Southern Logistics Center is only roughly a mile from the inland port, so this is "an amazing location," Cook said. "The facts and advantages spoke for themselves."

"This is the first step, not the end," Hogan added. "We've just started to grow."

And there is "unbelievable growth potential here," Nolan said. GE Appliances has been investing in Georgia for a quarter century, because "we believe in Georgia."

Kemp is not only a supporter of GE Appliances, but he's "bought an awful lot of them over the years," the governor said. This is "a fantastic new facility."

"GE, you build a good product," Copeland said. "We're very proud to have GE in this community."

The money invested and the jobs created in Murray County by the Southern Logistics Center are not lost on local residents, nor on the governor, Kemp said. "People here know how significant (this) is, and I do, too."

In 2019, nearly 75% of the state's economic development projects were outside the metro Atlanta perimeter, and he plans to maintain focus on rural Georgia, he said. It's paramount for Georgia to remain diverse economically, as that will only make the state's economy "more resilient" in the future.

The state's global commerce division supported 29,000 new jobs and more than 330 new projects in 2019, Kemp said. Unemployment is only a touch over 3%, and "a record number of Georgians are in the workforce."

Roughly 13,000 Murray County residents do leave the county for work, but as companies like GE Appliances invest in the community, that will change, Cook said. Electronic motors, small motors and electronic controls are among the items that move through the center on a daily basis.

The Southern Logistics Center is 500,000 square feet, Nolan said. "It's a big facility."

And "the success behind all this is shared," Copeland said. "Every single person involved stepped up to the plate, and we all hit a home run."