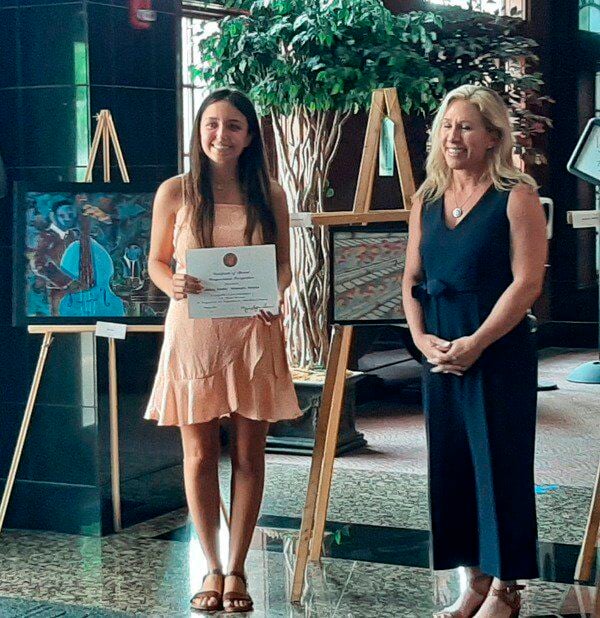 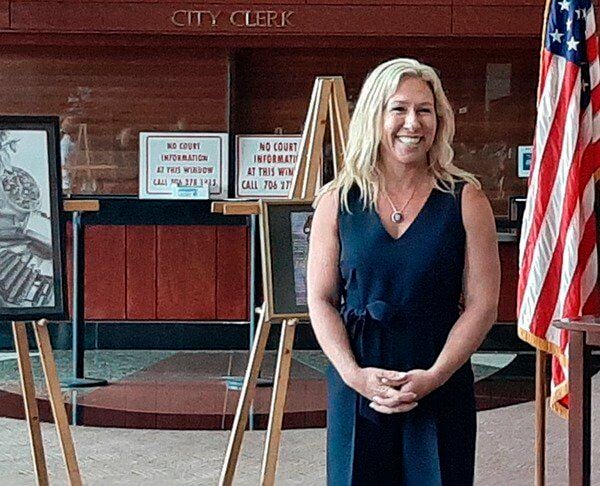 Jack McWhorter said music inspires him and he wanted to paint something that pays tribute to that inspiration. The result was "Live Jazz," a painting of jazz musicians performing.

On Monday at Dalton City Hall, "Live Jazz" was named the winner of the 2021 14th Congressional District art competition.

The annual contest is open to students in high schools in all of the 11 counties in the 14th District, including Whitfield and Murray.

U.S. Rep. Marjorie Taylor Greene, R-Rome, who represents the district, said that's less than in past years, which she said was likely because of the COVID-19 pandemic disrupting schools.

This was the first year that Greene, who was elected in November 2020, has hosted the contest.

"I'm amazed at how talented they all are," she said. "This has really been a lot of fun."

The artwork was on display at City Hall for the past three weeks.

"It has been really fun to walk past all of this when we came into the building," said City Council member Gary Crews.

Students from North Paulding High School ended the evening with four of the top six awards.

"They are amazing," said their art teacher Anne Aurand. "They have done such great work and worked so hard all year."

In addition, McWhorter's work will hang in the Cannon Tunnel of the U.S. Capitol for the next year along with winners from all of the other congressional art competitions this year.

The second- and third-place works along with those that received honorable mention will hang for the next year in Greene's district offices, including the one in Dalton.