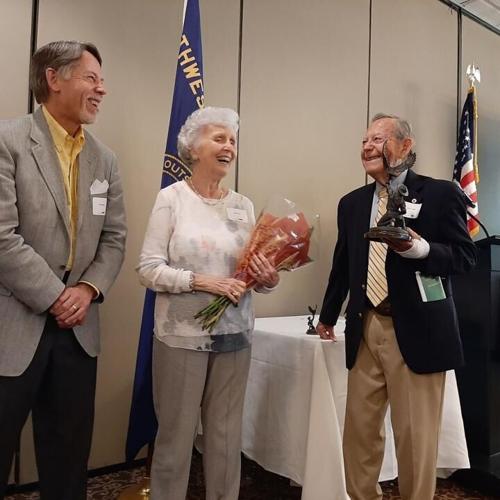 Norris Little, left, looks on as his parents Billie and Norris Little receive the 12th Annual Greater Dalton Area Distinguished Citizen Award from the Northwest Georgia Council of the Boy Scouts of America in this file photo. 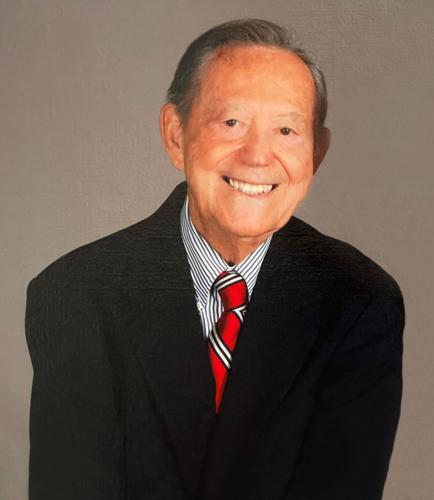 Norris Little, left, looks on as his parents Billie and Norris Little receive the 12th Annual Greater Dalton Area Distinguished Citizen Award from the Northwest Georgia Council of the Boy Scouts of America in this file photo.

During the past 60 years, W. Norris Little Sr. made a major impact on the floorcovering industry and on the Greater Dalton area, said Robert “Bob” Shaw, the co-founder of Shaw Industries and the founder of Engineered Floors.

Born in Marshville, North Carolina, Little attended the University of North Carolina for three years and graduated from Georgia State University. He worked for several years in the woven carpet industry before he was recruited to Dalton and the tufted carpet industry by Coronet Industries in 1961 as controller. He later served as executive vice president and a member of the board.

Little began his career at Shaw in 1975 and quickly climbed up the corporate ladder, serving in numerous roles for the company including vice chairman and president and chief operating officer.

More recently, Little served as as a shareholder in and consultant to Engineered Floors.

“He and his wife Billie, they were very much a team, helped Dalton grow into a better city. Dalton was a very different city when they arrived here 60 years ago,” he said. “They really poured their time and money and hearts into this city.”

Norris and Billie were married for 70 years.

“From 2000 to 2019, Norris was intimately involved in the Dalton State Foundation, serving two times as chairman, serving on the Investment Committee, serving on strategic planning and physical master planning committees for both the college and the foundation, and completing an unprecedented 18 years on the foundation’s Executive Committee,” said David Elrod, director of institutional advancement for Dalton State College, in an email Monday.

Little was inducted into the Junior Achievement Northwest Georgia Business Hall of Fame in 2009, and earlier this year he and Billie received the Greater Dalton Area Distinguished Citizen Award from the Northwest Georgia Council of the Boy Scouts of America.

The funeral for Little will be at 3 p.m. Wednesday at ChristChurch Presbyterian in the sanctuary. Visitation will be from noon to 3 p.m. in the church fellowship hall. A graveside service will follow the funeral at West Hill Cemetery.