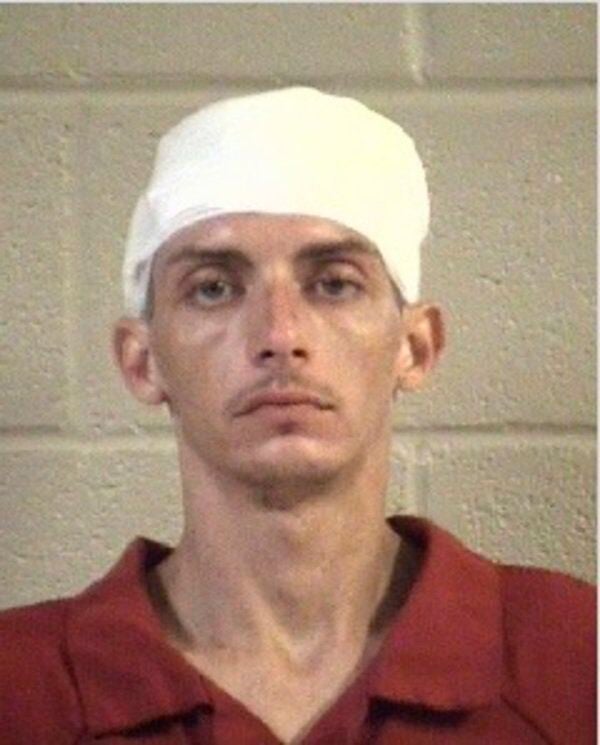 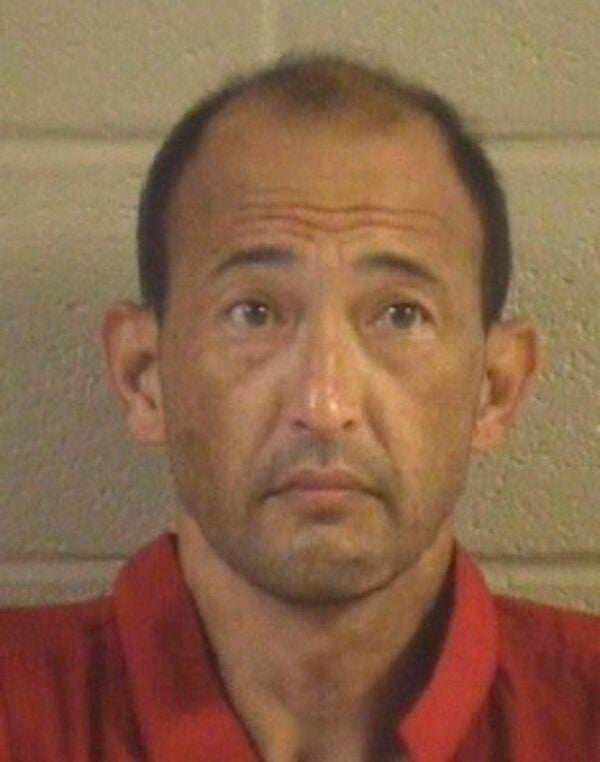 Dalton Lee Potter of San Patricio, Texas, entered a guilty plea Tuesday morning to the charges of aggravated assault on a peace officer, possession of a firearm during the commission of a crime, theft by bringing stolen property into the state of Georgia and possession of a firearm by a convicted felon. He was sentenced by Superior Court Judge Jim Wilbanks pursuant to a negotiated plea agreement to serve a total of 25 years in prison.

On Sept. 6, 2020, Potter was driving south on Interstate 75 heading from the Chattanooga area to Florida. He was accompanied by co-defendant Jonathan Gerald Hosmer and was pulling a cargo trailer that had recently been stolen in Tennessee.

An automated system at the weigh station in Catoosa County picked up the trailer’s tag and identified it as a stolen vehicle. That information was relayed to the Georgia State Patrol, which notified the Whitfield County Sheriff’s Office. Deputies in Whitfield County including Deputy Chip Hackney and Adrian Gomez were in a better position to intercept the vehicle and did so in the south end of Whitfield County.

Upon stopping Potter’s vehicle, Hackney approached the driver’s side of the vehicle as Gomez covered the passenger side. Potter produced a handgun and attempted to point it at Hackney. Hackney struck the handgun with his flashlight and attempted to retreat to cover. Potter then fired several shots in Hackney’s direction, one of which struck Hackney in the back. Fortunately, Hackney’s ballistic vest took the impact and saved his life.

Upon verifying that Hackney was clear, Gomez returned fire, and one round fired by Gomez struck the passenger side front tire of Potter’s vehicle. Potter attempted to flee, but due to the damaged tire was not able to make it more than a mile or so before being forced off the road. Potter and Hosmer fled on foot into a wooded area.

Hackney and Gomez pursued in their vehicles, calling for backup, and found Potter’s vehicle quickly, but not before Potter and Hosmer had fled. At that point, the deputies did not even know that a second person had been in the vehicle. They waited for backup to arrive, including a paramedic to assess Hackney’s injuries. A search of the vehicle produced the handgun used to shoot Hackney and another weapon. A third weapon was taken by Potter as he fled and was recovered later in Gordon County.

Hosmer was arrested two days later without incident and cooperated with authorities. Potter was arrested on Sept. 10 after a shooting between Potter and a private citizen in Gordon County.

Potter likewise cooperated and admitted that he had been the driver of the vehicle and had pointed the firearm at Hackney, although he denied any memory of actually shooting at either deputy. Potter was also identified by Hackney’s body camera.

Potter and Hosmer were arrested so quickly thanks to the cooperation of several local, state and federal law enforcement agencies including most of the northwest Georgia sheriff’s departments and several local city police departments as well as the Georgia State Patrol, Georgia Bureau of Investigation and Georgia Department of Corrections. The FBI and U.S. Marshals Service were also involved. There were several K-9 teams involved, with the arrest of Potter being made by U.S. marshals after Potter was tracked by Buffy, a K-9 with the Georgia Department of Corrections, and her handler.

Potter had a prior conviction for burglary from San Patricio County, Texas, in 2017. He has pending charges in Gordon County for aggravated assault, aggravated battery, hijacking a motor vehicle, possession of a firearm during the commission of a crime and possession of a firearm by a convicted felon. Potter will soon be transferred to the Gordon County jail in order to address those charges.

He also has pending felony charges in Texas. The District Attorney’s Office has been in touch with the sheriff in Real County, Texas, concerning Potter’s charges here and there. Once all of Potter’s Georgia charges are resolved, it is expected that the state of Texas will seek to extradite him to face their charges as well.

Hosmer is charged locally with possession of meth, possession of a firearm by a convicted felon and theft by bringing stolen property into the state. He also has pending charges in Texas. Hosmer’s arraignment was postponed to March 10.