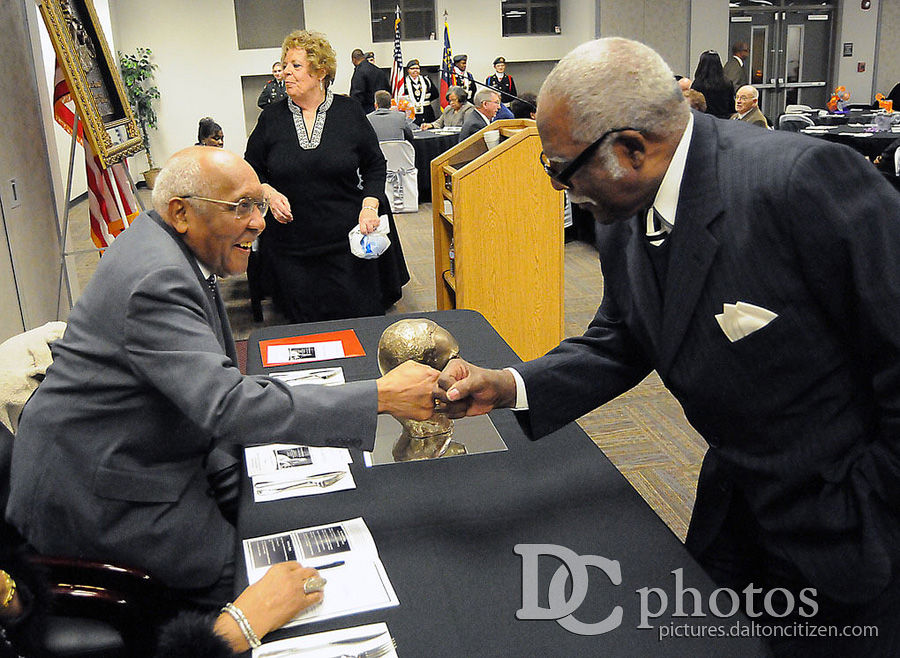 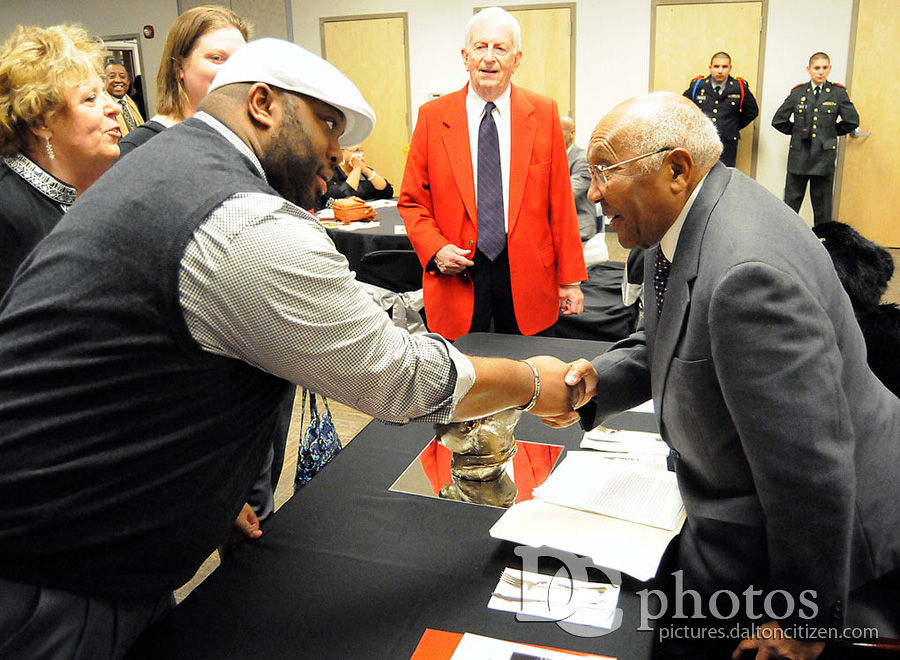 When James R. Mapp became president of Chattanooga’s local chapter of the NAACP, he didn’t really want the job.

In an era of civil rights upheaval, equal treatment for blacks was still a dream, Mapp said, and people who publicly advocated for changes in the law faced persecution. Sometimes they faced physical threats, sometimes they faced the very real possibility of losing their jobs, he said.

Yet Mapp, already a secretary at the time for the National Association for the Advancement of Colored People, said he was safer than most since he already worked for a company owned by black individuals. He took the job and has been active ever since. Mapp, now something of a legend in the region for his part in filing a lawsuit against the Chattanooga Board of Education to desegregate the schools, spoke Saturday at the Mack Gaston Community Center for Dalton’s annual Martin Luther King Jr. banquet.

Joan McGovern, chairwoman of the Martin Luther King Jr. Committee in Dalton, said that after having a chance to meet Mapp the committee wanted him to come speak. The MLK banquets have been held annually since the 1980s. A little more than 200 people were expected to attend this year, nearly doubling last year’s attendance.

Mapp said that while he was active in the NAACP for several years before he joined two other organization members in filing suit against the school system, it was his desire for his children to have a better life that led to his actions rather than any inspiration from King. A father of eight, Mapp said that during the late 1950s his children were being bussed across town to a black school where they received only a half-day’s education even though there was a white school — with plenty of unused space —right there in his neighborhood.

Unable to afford lodging, Mapp slept in his car after driving to Nashville where he attended an NAACP-sponsored session on how to file lawsuits. He used his newfound knowledge to try to convince the local NAACP to file suit against the school system. When they opted not to be involved, he and two other parents decided to take action themselves.

“The three parents had presented their children to an all white school on Feb. 19, 1960, and on that same day the students at (all black) Howard High had become the first high school group to stage a sit-in,” Mapp said.

About two weeks before that, he said, students at Howard High had descended on a lunch counter in Chattanooga where blacks were denied service. Police hosed them down, he said.

King had visited Chattanooga before, but when organizers tried to get him to come back and speak at Howard High, the school board refused.

In 1963, Mapp would join the roughly quarter-million people who marched on Washington, D.C., and witnessed King’s “I Have a Dream” speech. Mapp stood just north of the Reflecting Pool at the National Mall.

As the years went on, Mapp and others saw public schools and other areas of public life gradually desegregated.

Problems still remain, he said. Prisons are filled disproportionately with black inmates, many of whom are there for relatively minor crimes, he said. Laws requiring only certain kinds of identification to vote prohibit some black people from voting, he said.

“We must again assess where we are, plot new courses and keep the dream and the dreamer alive for people at the bottom and who are being pushed further down,” he said. “Can we amass enough believers in the dream to use the nonviolent techniques and peaceful means to get back on track? This is the question.”