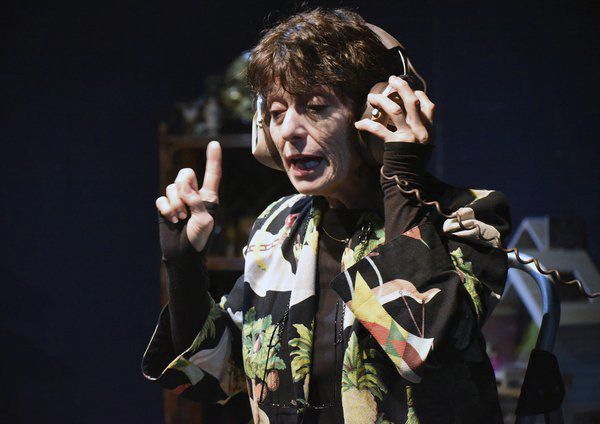 Portraying Ruth Westheimer in "Becoming Dr. Ruth" is "a gift to me," said Eileen Koteles. "I just feel her." 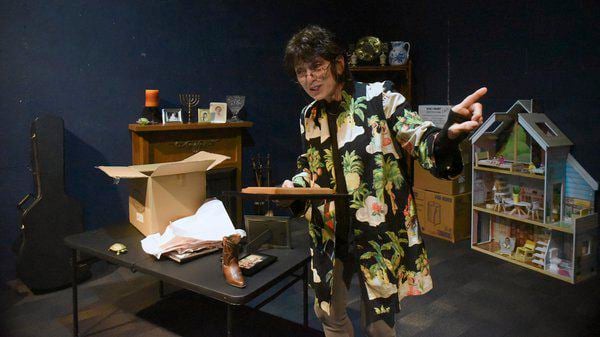 Portraying Ruth Westheimer in "Becoming Dr. Ruth" is "a gift to me," said Eileen Koteles. "I just feel her."

While Ruth Westheimer has become embedded in popular culture for her candid and often good-humored sex advice, the irrepressible therapist fled Nazi Germany, her parents were killed in the Holocaust, and she trained as a Jewish paramilitary sniper.

Koteles was Beasley's first choice to portray Westheimer, because of "her age, her talent," her familiarity with this play and Westheimer, and the fact that — like Westheimer — Koteles is Jewish, the director explained. "Eileen is a wonderful actress, so committed to this role, and there just wasn't anybody I could think of who could do it as well as she could."

Koteles had already seen this play multiple times and would have jumped at the opportunity to play the starring role, so when she got the offer from Beasley, "I was so excited," she said. However, trying to star in a one-woman show in Dalton while she lives in Atlanta and maintains a full-time work schedule gave her pause.

"I was thinking of all the reasons I couldn't do it, but (this play and character) would not let me go," Koteles said. "It's a gift to me."

Koteles connected particularly with Westheimer's Holocaust horrors, as Holocaust education is one of her passion projects.

She narrated a video that will be used for Holocaust education in Texas, and she'll do a live version this April, she said. "We hope this will catch on all over the U.S."

Losing parents and other relatives to the Holocaust might understandably embitter some, but Westheimer is "full of positive energy," and portraying her on stage has actually allowed Koteles to meet setbacks in her own life with equanimity, she said. "I mean, look at what she went through."

Westheimer refuses to break down emotionally in front of others, habitually changing the subject to "something more upbeat" if topics turn toward the macabre, Koteles said. In portraying her, "I have to stay as strong as she is — even though I'm very emotional — because she's tough."

Scenes in the play where Westheimer discusses her parents are especially heart-wrenching, including when Westheimer recalls walking hand-in-hand with her father the day before he was picked up by the Nazi police force, Koteles said. "They had a very special relationship, as I did with my own father."

There's also plenty of humor in the play, Beasley said. "It's really humorous when she talks about her (three) husbands, and she found good in every marriage, even though (the first two) didn't last."

Koteles sees Westheimer in many of her own friends and relatives.

For example, Westheimer exhibits the same habit as her female relatives of grabbing onto people while she's speaking to them, and she also "does a lot of pointing," Koteles said. "I just feel her."

There's a mountain of material available on Westheimer, including books, interviews, videos and even a documentary, and Koteles consumed a significant amount of them as she prepared for the role, she said. However, that initially led her toward too much of an impersonation.

Koteles called that "a wonderful lesson."

Koteles actually spoke to Westheimer in a phone conversation, and when she received Westheimer's phone number in an email, "I was starstruck," she said. "It was really unreal."

She prepared copious notes in advance of the conversation, but, as soon as Westheimer said, "Hello," Koteles lost her focus, she said with a laugh. She did learn that Westheimer "loves" this play, and she got a sense of the woman's famous directness.

Indeed, that candor is part of what's made Westheimer famous, Koteles said. "People need to talk about sex, and suddenly here was this little, matronly woman who did (so) in a non-threatening way."

Westheimer's advice was "liberating" for generations, particularly females, Beasley said. "She was speaking about things they couldn't talk about."

"She's short, she has this accent, and it's funny to listen to her," Koteles said. Westheimer "says that 'Lessons learned with humor are lessons remembered,' and that's what she does."

"Becoming Dr. Ruth" is the first of two plays to be produced in the first quarter of this year on the ACT's studio stage. The second, "Freud's Last Session," which dives into a deeply philosophical discussion between Sigmund Freud and C.S. Lewis and is also written by the author of "Becoming Dr. Ruth," will open in mid-April.

Beasley and Tammy Rice, who will direct "Freud's Last Session," wanted to hone in on "interesting people" with this two-play series, and Freud, Lewis and Westheimer all certainly qualify, Beasley said. Westheimer "is a fantastic person, and I didn't want her to get lost."

Beasley has adorned the stage with various props to "trigger the memories and movements of" Westheimer/Koteles, the director said. They also function almost as other characters in the one-person show.

"Having all of that grounds me," Koteles said. "In a one-woman show, you can get very lost up there on stage."

"I always work one on one with my actors, even with larger casts, because character development happens one on one," she said. "I love working one on one."

"Becoming Dr. Ruth" is set when Westheimer is 69, but she's now in her 90s, so there are still decades more of her life to examine, and Beasley hopes audience members do exactly that after seeing this production.

Beasley has been working on this production for nearly a year, and "this is really such a joy for me," she said. "I hope people see it and enjoy it."