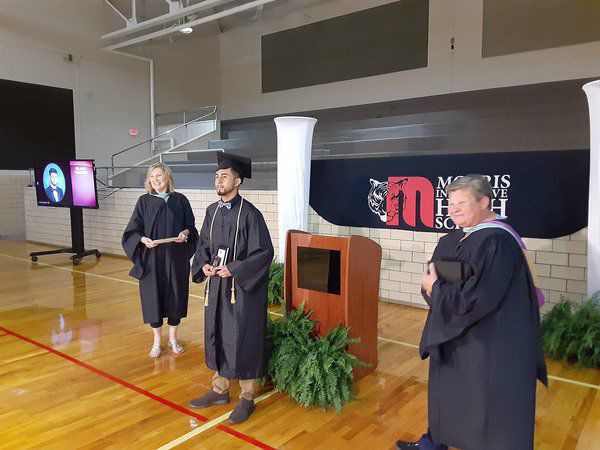 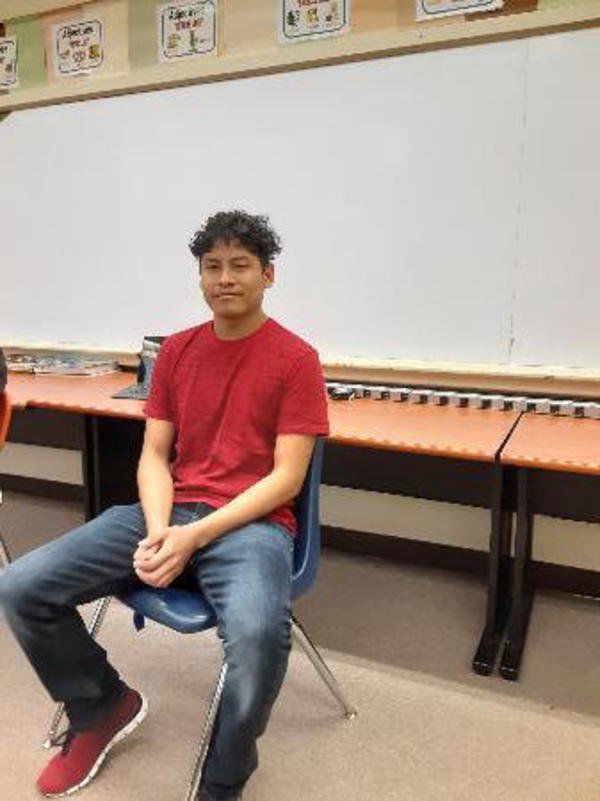 Juan Almaraz, valedictorian of the Morris Innovative High School Class of 2020, never expected to be valedictorian, because "there's so much competition," but "I was happy about it," he said. "It was a surprise," but teachers at Morris helped him immensely on his journey to the top. 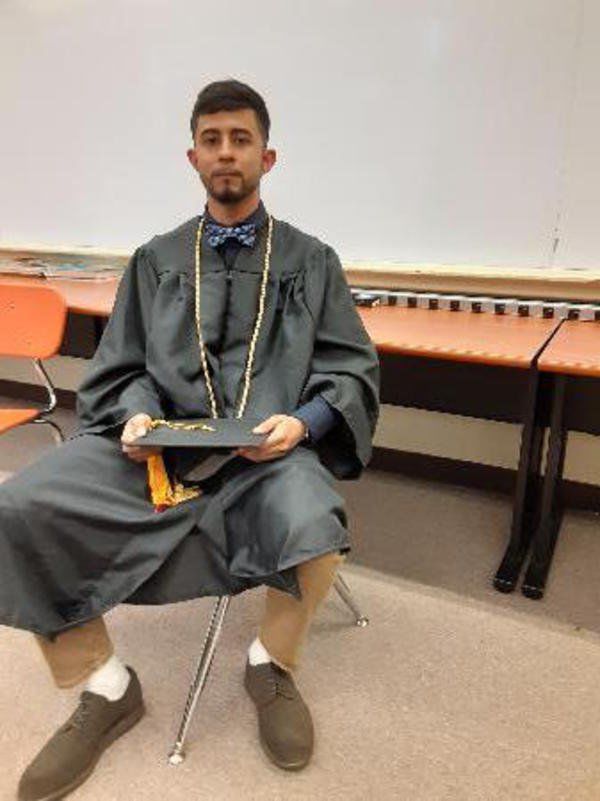 "I try my best and work hard," said Hilario Pimentel, salutatorian of the Morris Innovative High School Class of 2020. "I came to this country to have a future, and this is a great opportunity."

Juan Almaraz, valedictorian of the Morris Innovative High School Class of 2020, never expected to be valedictorian, because "there's so much competition," but "I was happy about it," he said. "It was a surprise," but teachers at Morris helped him immensely on his journey to the top.

"I try my best and work hard," said Hilario Pimentel, salutatorian of the Morris Innovative High School Class of 2020. "I came to this country to have a future, and this is a great opportunity."

Though the new coronavirus (COVID-19) pandemic has prevented Morris Innovative High School from conducting its typical commencement ceremony, it couldn't stop the school from honoring its 60-plus graduates.

Morris seniors "have worked really hard to achieve this victory, and to let this go by without celebrating would have been our saddest day," said Pam Massingale, assistant principal at Morris. Students "are appreciating this recognition, and their parents are attending."

Beginning on Thursday of last week and continuing through Friday, Morris seniors could select time slots to visit the school's gym in their caps and gowns with close family members, receive diplomas (and any other honors and recognitions they earned), exchange pleasantries with teachers and staff, and take commemorative photos.

Usually, Morris conducts graduation ceremonies at one time on one specific day in the auditorium of Rock Bridge Community Church, but the rolling graduation over several days "has actually given us more time to talk to (graduates) about their journeys and their futures," Massingale said. "We want them to enjoy the moment to the fullest."

These last couple of months proved a momentous hurdle for some seniors — "many of them work in addition to school" — who had to take on added hours at their jobs in industries like fast food or grocery stores to support their families when their parents lost their jobs or had hours reduced due to the pandemic, Massingale said. "They rose to the challenge and made it work to help their families."

Salutatorian Hilario Pimentel was among those who celebrated graduation Tuesday afternoon, and "this is very exciting," he said. "I'm very happy I made it."

Pimentel had the second-highest grade point average in his class, and "we're very proud," said Pat Hunt, Morris' principal. "I know (he) is proud" of himself, too.

Pimentel has "an incredible story," Massingale said. "He's only been in the U.S. for two years, but he went to the Newcomer Academy and learned English."

The Newcomer Academy assists students in grades six and up in learning English before they move into traditional classroom settings, and the program is currently housed inside Morris.

Many education systems don't have anything resembling a Newcomer Academy and instead toss students without English skills into the general school population, which "obviously doesn't go well for them, (so) we're lucky to have this program in (Dalton Public Schools)," Miguel Gonzalez, a teacher in the Newcomer Academy, explained last year. "Everyone in Dalton should be proud of (the school system) for having this program."

There were roughly 5 million English learners in American public schools in the fall of 2016, according to the latest count from the National Center for Education Statistics. That represented nearly 10% of students in public schools.

Joining an American school when he arrived from Mexico "was very hard, because I had to learn English," said Pimentel. "The Newcomer Academy helped me a lot."

Teachers were "very friendly," which encouraged him to apply himself, he said. He began to feel comfortable with the language "about a year ago, (but) I (still) have to work very hard."

Because students had been distance learning since mid-March, they hadn't been inside Morris since then, which means the students and staff didn't experience real "closure" to conclude this academic term, Massingale said. "Our students have great relationships with teachers, and we wanted to see them face to face."

The seniors "missed us, for sure, and it's been a great turnout," Massingale added. Meeting again for graduation has "really been a good decision."

"We've seen some tears and lots of laughter," she concluded. "We're all very proud of (these) students."

'A drive for excellence'

Juan Almaraz, the school's valedictorian, and Pimentel agree there's only one route to the peak of the academic mountain: hard work.

"I try my best and work hard," said Pimentel. "I came to this country to have a future, and this is a great opportunity."

Almaraz never expected to be valedictorian, because "there's so much competition," but "I was happy about it," he said. "It was a surprise," but teachers at Morris helped him immensely on his journey to the top of his class.

"I love the way they teach," with personalized instruction and individual attention, and "it's a small school, so teachers have more interaction with students," he said. "It's a great school, and I like it very much."

He favors math above other subjects, he said: "I love it."

Pimentel is also partial to math, and "I love the teachers," he said. "They gave me a lot of chances."

Freddy Fuentes, who was named Dalton Public Schools Teacher of the Year in 2019, taught math to both Almaraz and Pimentel, so he's "beaming," not only regarding their math passion, but also to see them one-two in their class, he said. "Both are technically shy, but I encouraged them to break out, and both have been very good teachers" to their fellow students in math classes.

Pimentel only has one regret from his time at Morris: the pandemic canceling this spring's soccer season. He'd long wanted to play, but couldn't get medical clearance due to high blood pressure. Finally, this was going to be his opportunity, but the season was canceled a week after he'd received his doctor's approval to play.

Pimentel is unsure of his exact future plans, but becoming a nurse is a possibility.

There's only one hurdle to that profession, he said with a chuckle. "I really don't like blood."

Almaraz was already dual enrolled at Georgia Northwestern Technical College, where he has focused on automotive engineering, but he'll always cherish his time at Morris.

"All the days were special to me," he said. "I love to be in school and learn new things."

Almaraz and Pimentel both possess "a drive for excellence that is unbelievable," Fuentes said. "They are going to be outstanding citizens wherever they go and in whatever they do."