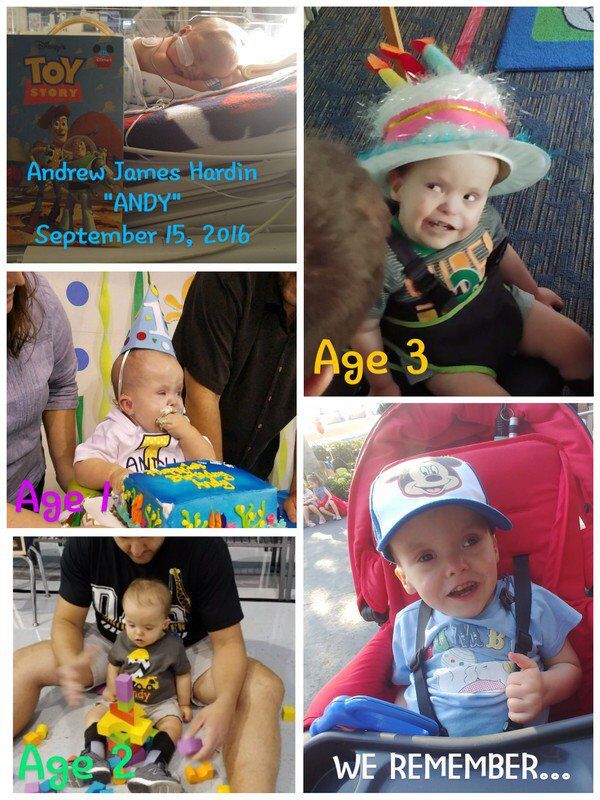 Andy Hardin "brought joy to everyone who was around him, and he always had a smile on his face," said his mother, Alice. "He was always happy." 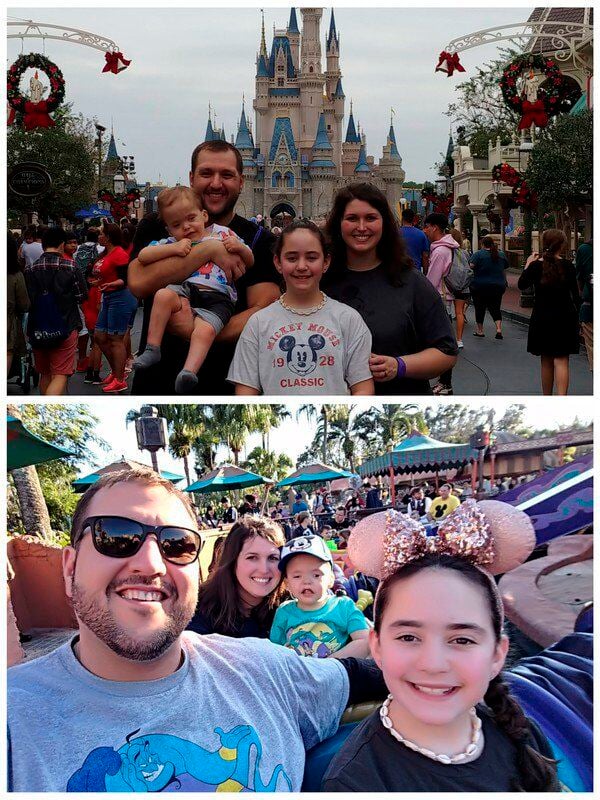 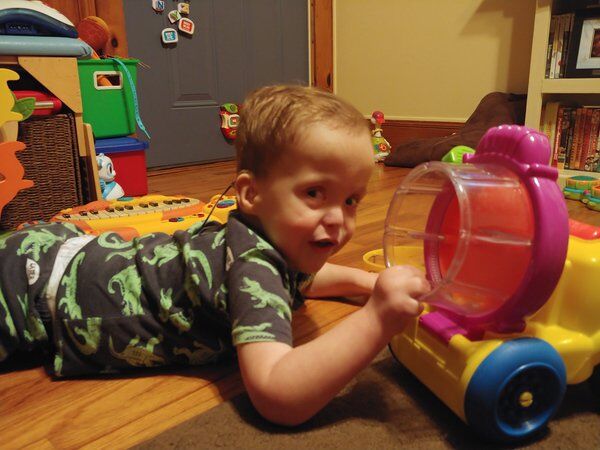 Andy Hardin "was the sweetest, most wonderful kid," said his father, Stephen. 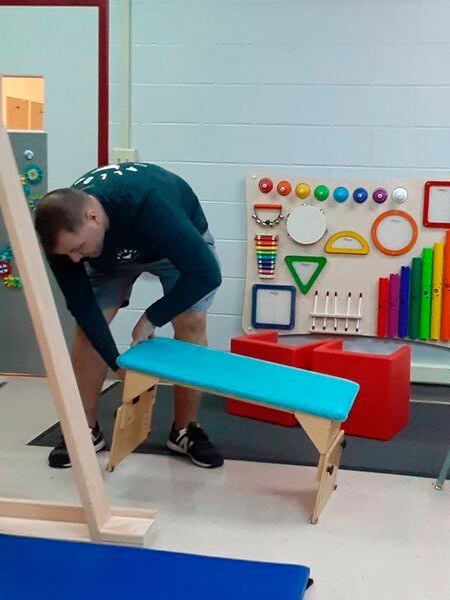 Andy Hardin's parents donated many of his toys and other tools, including his therapeutic bench, to the new room at Antioch Elementary School, because "we have so many memories attached to his things (that) we couldn't sell them," said his father, Stephen. "Andy's life meant more than that."

Andy Hardin "brought joy to everyone who was around him, and he always had a smile on his face," said his mother, Alice. "He was always happy."

Andy Hardin "was the sweetest, most wonderful kid," said his father, Stephen.

Andy Hardin's parents donated many of his toys and other tools, including his therapeutic bench, to the new room at Antioch Elementary School, because "we have so many memories attached to his things (that) we couldn't sell them," said his father, Stephen. "Andy's life meant more than that."

Andy Hardin, for whom Antioch Elementary School's new special needs room is named and memorializes, "was the sweetest, most wonderful kid," said his father, Stephen.

"He brought joy to everyone who was around him, and he always had a smile on his face," said his mother, Alice, an English to Speakers of Other Languages teacher at Antioch Elementary. "He was always happy."

Andy was born with a chromosome disorder, spina bifida, a cleft palate, visual impairment and deafness, among other medical difficulties, and he died at age 3 in February 2020, but, before that, "he worked, and we worked," so he achieved numerous accomplishments many health experts deemed highly improbable, Stephen said. "We pushed him, and we learned."

There's a message for other parents of children with special needs, Alice said.

"On paper, it can look overwhelming, but have faith."

"Kids are resilient, and they'll rise to the occasion," Stephen said. "They'll do it when they're ready."

"He could do more, because we asked him to do more," Stephen added. "If you put in the work, and have faith, it'll be OK."

And work is most certainly required, Alice said.

Andy's parents want other children with special needs to have the same opportunities for breakthroughs their son did, so they've poured their passion into Andy's Playroom, a "multipurpose, multifaceted therapy room," Stephen said. "All these kids are wonderful and special, but we have to know what they like and need, and if we give them the (tools), they can interact with us."

The room "has been an amazing addition to our school, (and) it really meets the needs of many of my students who have sensory issues," said Cortney Phillips, a special education teacher at Antioch Elementary. Students can decompress, desensitize and de-stress in the room or "just have a change of scenery to calm down from the daily demands of the classroom."

Andy's parents donated many of his toys and other tools to the room.

"We have so many memories attached to his things, and we couldn't sell them," Stephen said. "Andy's life meant more than that."

"It was difficult to bring his things in at first — there were a lot of tears — but now when I come in here, I smile," Alice said. "I get a lot of joy from watching kids come in here and play."

Alice and the rest of her family also derived joy during Andy's life from what might seem like mundane moments, since they were, in his case, extraordinary achievements.

"We found joy in the little things, and everything was amazing to us," Alice said. "He picked up a spoon, and we were clapping and taking pictures."

"A week before he passed, he ate a whole peanut butter and jelly sandwich," she recalled. Prior to that, "we had to puree all his foods."

And they tried to provide Andy with a full spectrum of childhood experiences despite his conditions.

"He lived a full life," Stephen said. "We lived every moment and just cherished them."

"We weren't going to sit at home, (but, instead) embraced life, and we did everything," Alice said. "We were going to live life, because we knew how precious it was."

Andy "loved it in the car, loved traveling, loved music," Stephen said with a chuckle. "He loved show tunes and tambourine, so we carried a tambourine with us everywhere we went."

Andy also had a predilection for aquariums, so "I think we went to every aquarium in the (Southeast)," Stephen said. "We went to the beach four times and twice to Disney (World, where Andy's first ride) was 'It's a Small World.'"

Andy had an extraordinary impact not only on his parents, but on the Hardins' other child, Brooklyn, now in the sixth grade. She wrote an essay about Andy and won a $200 prize from the Rotary Club of Dalton, Alice said. She donated the money to the room, and it was used to buy a "fireworks" machine.

"She loved Andy, and he loved her," Alice said. "She was changed by him, too."

The room, which will be dedicated Saturday at 10 a.m., is a felicitous memorial to Andy, as well as "a message," said Stephen, who designed the room and volunteers regularly in it. "We want every child to have these opportunities."

"I get teary-eyed when I watch children in here," Alice said. "It makes my heart happy."