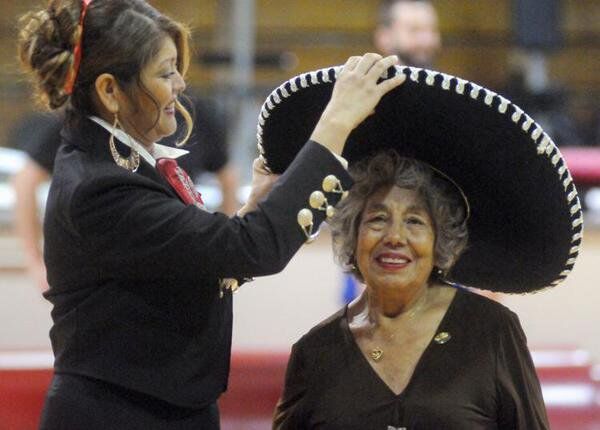 Gladys Marroquin puts her hat on Dalton resident Teresa Sosa at Morris Innovative High School during a 2014 ceremony honoring Sosa for her contributions to the Dalton Hispanic community. 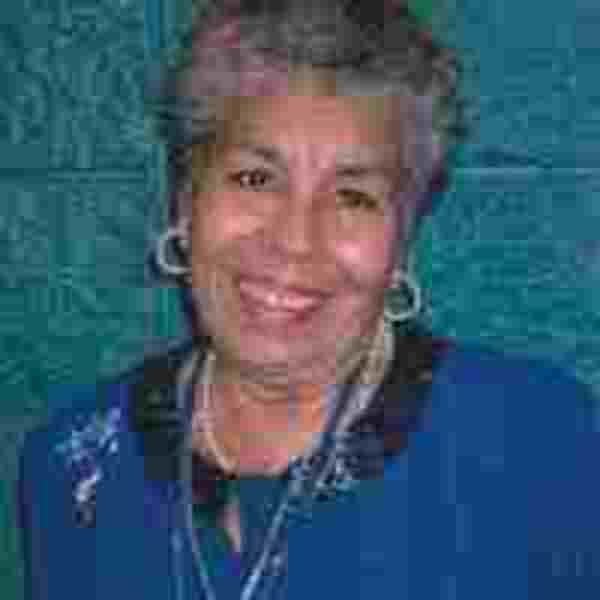 Gladys Marroquin puts her hat on Dalton resident Teresa Sosa at Morris Innovative High School during a 2014 ceremony honoring Sosa for her contributions to the Dalton Hispanic community.

Teresa Sosa was living in Texas in 1969 when she heard about the possibility of a job at a chicken processing plant in Dalton.

“ConAgra was looking for people,” she recalled in a 2016 interview with the Daily Citizen-News.

With nothing more than the hope of of getting a job, she came across the country and was soon working, and living, in Dalton, the city that became her home for the next five decades.

“I liked it here. There was work. There were good people, and it was very nice and quiet,” she said.

In 1970, there were fewer than 500 people of Hispanic origin out of a total Dalton population of approximately 19,000, according to the U.S. Census Bureau. By 2010, there were just over 33,000 people living in the city and 42.4% were Hispanic, according to census figures.

Sosa, who was born in Mexico, was "vital" in helping to integrate Hispanic newcomers into the Dalton community, Mayor David Pennington said.

"She was already here and herself very much a member of the community," he said. "She helped welcome them to Dalton, and she helped introduce the rest of us to Latino culture."

American Gruner, founder and executive director of the Coalition of Latino Leaders, said Sosa "was a pioneer."

"She advocated for Latinos since she came to Dalton in 1969," Gruner said. "She wasn’t looking for titles or money, her motivation was pure, to preserve the Mexican culture and for children and adults of every race to learn the positive contributions of all Latinos in the area."

Tom Pinson, director of the Mack Gaston Community Center, said in a 2016 profile of Sosa that he first met her in the early 1980s.

“She was already established in Dalton and well known,” he recalled. “I know she was teaching dance in the community. I believe she’d already started organizing the (Latin American Independence celebration.) She just really loved Dalton and the people and wanted to share her culture with them.”

Sosa taught many classes over the years at the old Dalton Community Center and at the Dalton-Whitfield Senior Center, among other locations.

She continued to teach, but her mission became not just sharing her culture but preserving it for the young Hispanics who were born in Dalton, to keep them from being cut off from their roots.

“Adults need to teach the younger generation. I’ve tried to do that, and I hope they are proud of their heritage,” she said.

Sosa also collected more than 8,000 regional Mexican dresses to help preserve and celebrate Mexican culture. She would display parts of that collection at various festivals.

"She was able to achieve many things that never before were done in Dalton for Latinos or by Latinos," said Gruner. "She spoke to local authorities and got permission to do the Latin American Independence Parade. She was persistent until a Spanish language mass was established at the local Catholic church.

"She did all this with a sincere heart. She didn’t drive, but you could see her walking on the streets rushing to get to an event she organized, or carrying traditional dresses with no help, or riding in a taxi with items. She wasn’t waiting for anybody to rescue her. She organized her activities with help or without help because her vision was to teach us all the value of cultural diversity and persistence."

For her contributions to the city, the Dalton City Council proclaimed Sept. 16, 2012, “Mrs. Teresa Sosa Day.”

In 2015, students at Morris Innovative High School chose Sosa — along with Confederate Gen. Joseph Johnston (who directed an army in Dalton during the Civil War); Curtis Rivers (a community leaders and director of the Emery Center, an African American Heritage Cultural Center); Bob Shaw (a founder of Shaw Industries and Engineered Floors); and Catherine Evans Whitener (a pioneer in the chenille bedspread industry, a precursor to the floorcovering industry) — as one of the prominent Dalton figures they painted on a mural on a downtown building.