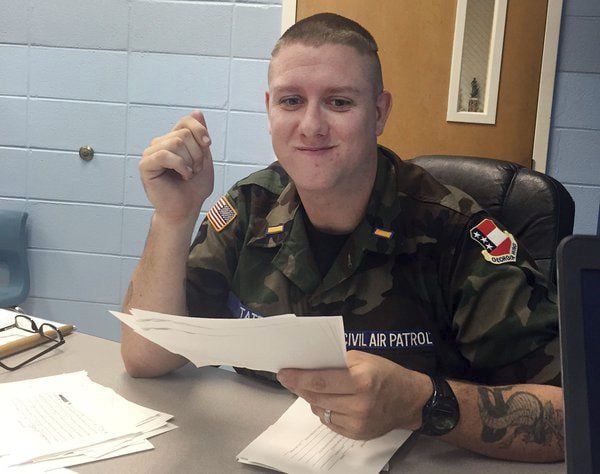 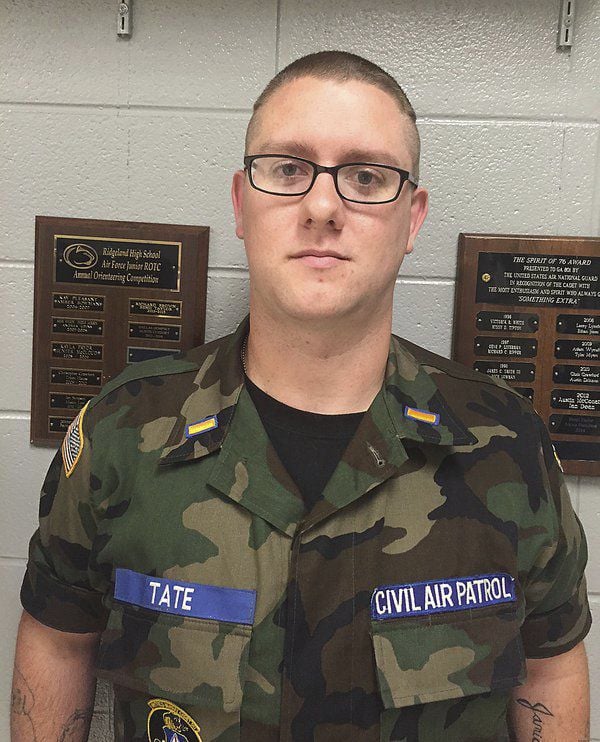 Hours after attending a Whitfield-Murray Civil Air Patrol (CAP) meeting in Dalton earlier this year, 2nd Lt. Dennis Tate sent his CAP commander a message that he was going to need a new uniform.

"He asked me why, and I told him it was becase mine was covered with blood," said Tate. "He wanted to know what had happened."

Only then did Tate tell him about his role in aiding an accident victim, efforts that local emergecy officials say saved the man's life.

"I noticed some headlights in the distance, and I as I rounded some curves, I noticed that they stayed in the same place," he said. "As I got closer, I saw a vehicle off in the woodline. It was pretty dinged up. It had probably flipped a couple of times. There was smoke coming from the engine."

Tate pulled to the side, got out of his vehicle and went to the other car, finding an unconsicous man inside. The man was not breathing and Tate could find no pulse. Tate, who is a certified nursing assistant (CNA), also feared the man might have a broken neck.

"I went to get my medic pack, which I always carry with me," he said. "I carry a couple of things that look sort of like popsicle sticks, but they can be used to make a quick cervical collar. I stabilized his neck, pulled him out of the vehicle onto a board then dragged him away from the vehicle."

"He had several wounds that were bleeding more than I would want them to in that situation," he said.

Tate said he had the bleeding stopped by the time emergeny medical technicians (EMTs) arrived.

According to a letter sent by Hamilton Emergency Medical Services Director Larry Ballew to Dalton CAP Commander 1st Lt. Eric Rochelle, the other driver had had a heart attack, causing him to lose control of his car.

Ballew wrote that Tate's actions "may have saved the driver according to the emergency responders on the scene." He added that the driver is expected to make a full recovery. Tate says he wasn't able to find out anything else about the man because of federal health-care privacy laws.

"That's an extension of his character. That's the type of guy he is," he said.

Tate has received a lifesaving certificate from CAP for his efforts, the first received by the Dalton unity.

CAP is the official auxiliary of the U.S. Air Force, and its membership is open to both adults and to youth as young as 12.

It was formed in 1941, just one week before the Japanese attack on Pearl Harbor, when thousands of civilian pilots came together to volunteer their services in defense of the nation. It conducts three programs -- aerospace education, emergency services and cadet programs.

Tate, who credits his Army combat medical training as well as his CNA background for giving him the skills he needed to help save that life, says he doesn't understand why he's being honored.