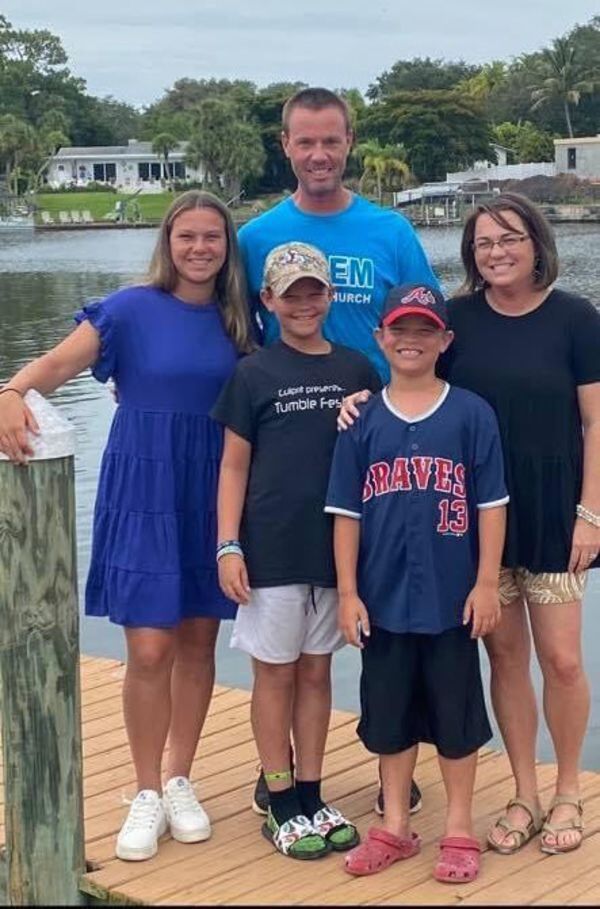 Rodney Lee, in back, stands with his family, from left, daughter Libby, sons Levi and Boone, and wife Lacey. 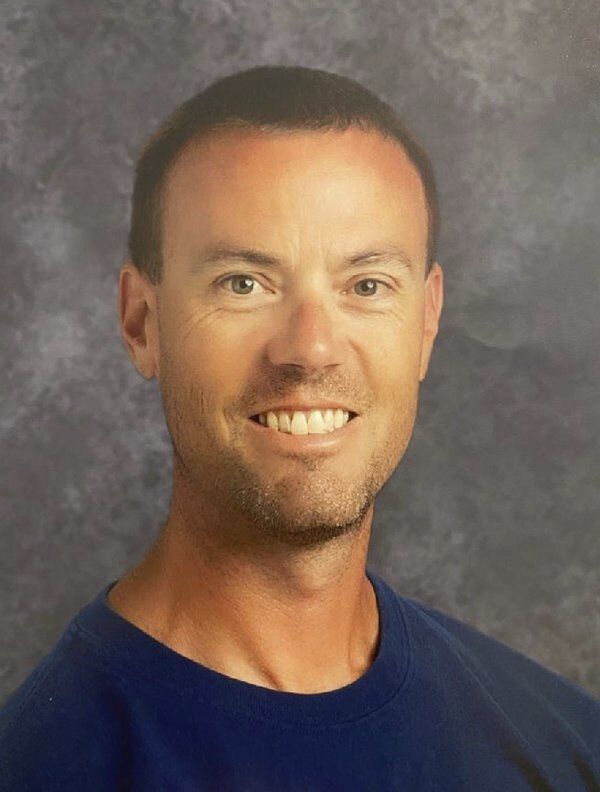 Rodney Lee, in back, stands with his family, from left, daughter Libby, sons Levi and Boone, and wife Lacey.

"He was a quiet person, very kind," said Mary Beth Beason, who worked with Lee for seven years at Varnell Elementary. "He was always willing to help. Anything that needed to be done, Rodney was always there. Very reliable. The children loved him. He didn't have to talk about his faith. The way he lived his life, you knew he loved Jesus."

Lee, 44, who was Varnell Elementary's Teacher of the Year in 2018, passed away Monday after a battle with COVID-19.

Allee Worley knew Lee for about 13 years. They met at Salem Baptist Church, where Lee taught an adult Sunday school class and served as head deacon.

"If there were more people like Rodney, the world would be much better off. He was a real servant-leader. He would do whatever he could to help other people," she said.

"He would work on cars (for those in need)," Worley said. "He would work on air conditioners. He would build wheelchair ramps. And he did everything with a cheerful attitude and a smile on his face. He went on every mission trip he could. Because he loved Jesus, he loved others."

"After that tornado came through Ringgold (in 2011), he and I worked 23 straight days cutting up trees and clearing debris and stuff like that," he said. "He enjoyed hard work. He enjoyed helping others."

Lee met his wife Lacey when they were both education students at Lee University in Cleveland, Tennessee.

"There was a student-teaching abroad program," she said. "We both signed up for it, and we both spent about eight weeks teaching in England and got to know each other and fell in love."

"When we got home and graduated in May (2003), he put in an application for Whitfield County Schools, and he got a position," she said. "This is where we were meant to be."

"He taught math for four years or maybe six years," said Lacey. "He taught in middle school for one year and decided that wasn't for him and went back to elementary school. Then the opportunity to become a physical education teacher came up, and he took it. That's what he taught for the last 12 years or so. He was a great math teacher, but he just loved PE."

"He loved working with them, and it was really important to him to be a good role model for them," she said.

"Rodney always carried a lot of the weight of that. Literally. He was always the one who moved the heavy things for us, handled the heavy donations. He put in a lot of hours," she said.

Rodney Lee was also very active in his church, where he served as deacon for the past nine years.

Lacey said she was the first in the family to feel the effects of COVID-19.

She went to a local clinic where she was tested for both the flu and COVID-19.

"I came back negative for flu and positive for COVID-19," she said. "But by Wednesday night I started feeling better. I didn't feel well but better."

The couple decided to have their 13-year-old daughter tested.

"She didn't have any symptoms, but he took her and got her tested that Thursday," she said. "She tested positive. Well, by Thursday evening, she said she had a headache. Over the weekend, she stayed in her room. She had a headache and was tired. But that was the extent of it."

Lacey said that by Monday or Tuesday she and her daughter were both feeling better except for being tired. She said the couple's two sons never showed any symptoms.

She said that on Thursday, July, 22, Rodney was "feeling 'sinusy,' not really sick but his sinuses were acting up."

"He had a very strong headache. His sinuses felt very bad," she said.

He was admitted to Hamilton Medical Center just a few days later.

Lacey said her husband had no major health issues.

"He led a very active lifestyle," she said. "He kept fit and never smoked. He was a PE teacher, coached my daughter's travel softball team for years, coached basketball, coached my youngest son's baseball team."

Lacey said no one in her family was vaccinated for COVID-19.

"We were on the fence about it back in March, thought we would wait and see," she said. "As the summer approached, we started talking about it again, but it sort of seemed like COVID had gone away. It seemed like everything was going back to normal. No one was wearing masks."

She said they have no idea where they caught COVID-19.

"I can't go back and say 'I wish we'd been vaccinated.' I just can't do that to myself," she said. "But I've seen (social media) posts where people say that what has happened to us and what happened to Rodney has led them to go get vaccinated. I've seen friends say 'I've been on the fence, but this has convinced me I need to do this.' That makes me feel good."

Lacey said if people know just one thing about her husband she'd want it to be that he was a man of faith.

"He lived his faith," she said. "He never hesitated to help others."