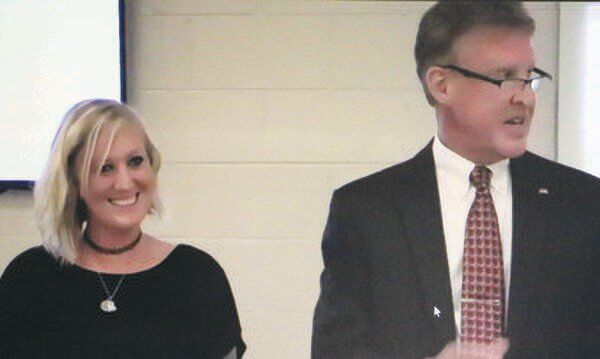 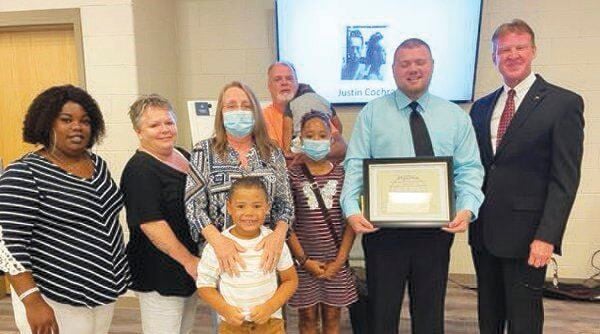 Drug Court graduate Justin stands proudly with members of his family after graduation. 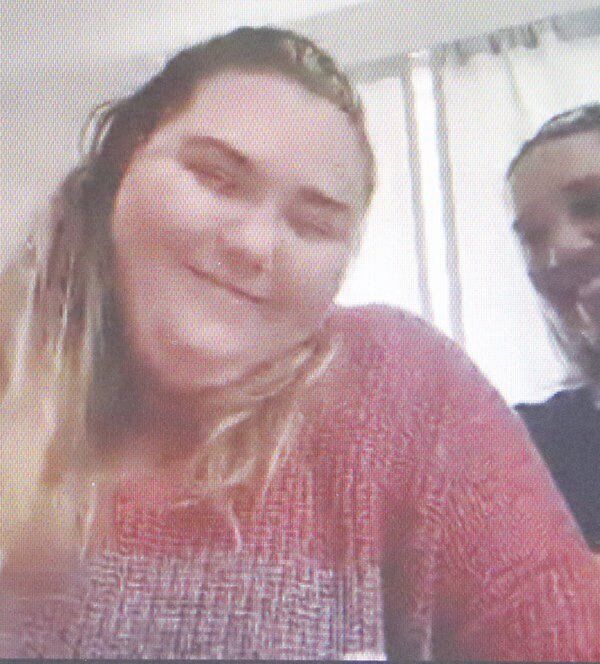 Drug Court graduate Justin stands proudly with members of his family after graduation.

"Who says the sky is the limit when there are footprints on the moon?"

Along with Mallerie and Justin, she received a certificate for completing the strenuous 24-month, five-phase program during the Drug Court's 83rd graduation, a hybrid ceremony held recently at Edwards Park and simultaneously via Zoom in response to the COVID-19 pandemic.

Symbolically leaving those footprints on the moon wasn't an easy task for any of the graduates, including Crystal, who recounted her journey in a letter to Drug Court Judge Jim Wilbanks that she read during the graduation ceremony.

"Three months into my case plan, I started using meth as a way to cope with the feelings of guilt, shame, regret and failure," she recalled. "In December 2012, my children's father took me to court and was granted full custody, and a no contact order was put in place."

Her drug use would continue for several years, and finally she hit rock bottom after a third drug-related arrest in 2018.

"I was 88 pounds," she said. "It didn't seem like it at the time, but getting arrested saved my life."

Eventually, like all of the program's participants, after an intensive screening process, Crystal received an invitation to Drug Court from Wilbanks.

But the work was only beginning.

"Early recovery was very challenging for me," she says now. "I was constantly in trouble for breaking rules. I was very self-centered and manipulative, and I played the victim in every situation. ... I had no confidence or sense of self-worth and had lost all hope of ever seeing my children again."

Crystal said even though the staff gave her repeated opportunities to live up to the 18-page contract she had signed to enter Drug Court, on Nov. 15, 2019, she received her first sanction and was sentenced to 90 to 120 days at the Probation Detention Center for breaking the no-contact rule.

"I wish I could say this was a turning point for me and I took off in recovery," she said. "However, not even a month after I was released back into the program, I broke the same no-contact. I was then placed on the do or die contract and house arrest. I spent the next several months working on deep-rooted core issues and reflecting on what I needed to change to be successful in my recovery."

For almost a year, Crystal couldn't leave her apartment without first calling staff or probation for approval.

"This helped me to build good rapport with staff and also helped me finally take off in recovery," she said.

Today, she has been clean and sober for nearly three years, has been steadily employed for more than two years, bought her first car with valid tag and insurance, has a checking account and most importantly is rebuilding relationships with her children.

"Above all, for the first time in my life," she said, "I am happy with the person I am today."

She hopes her story will inspire other addicts to realize they can turn their lives around, too.

"If there was a message I could give to others it would be to take this time to work on you," she said. "It's not going to be easy, but it will definitely be worth it. Trust staff. Focus on today and don't let past mistakes weigh you down. Don't let fear hold you back. You can accomplish anything you set out to do as long as you're willing to do the work. Who says the sky is the limit when there are footprints on the moon?"

'God led me to this program'

Mallerie has a similar story.

She grew up with a single mom who worked very hard to raise four girls, but her childhood was very lonely and she started doing drugs at a very young age, she said.

"After 10 years of addiction, God led me to this program," she said.

"I fought urges, depression and anxiety. I was consumed with self-doubt. I didn't think I could hold a job or live up to any expectations," she said. "I came into this program a broken person who was scared of having responsibilities. I had no self-love or confidence."

Today, however, she describes her life as "great."

"I have a great job, family who wants me back in their lives, and goals which I can achieve through dedication," she said.

Her message for others is "that it does not matter how slowly you go as long as you do not stop. It may not be easy, but it is worth it."

Mallerie's personal achievements during the program include a "fantastic" job, an apartment, a car with insurance, a support system, developing skills to manage anxiety and depression, and the making of lifelong friends. Now, she said, she has been clean two years, is able to challenge herself, and can face change.

Justin said when he entered the program "people who had their life together were … scary for me."

After all, he admits, "I was a failed father to my kids, a nobody for a son, and a woman abuser that could not even hold down a job to buy diapers or show any kind of affection."

All he wanted to do, he said, "is blame everything on everyone else. It was my mom's fault. ... My little brother died. I thought I had the worst life of anyone. All the more reason to be the way I was."

Like Crystal, once he was accepted into the Drug Court program, Justin admits "it didn't take long for me to show my true colors." But his efforts "to manipulate my way through this program to stay out of jail" were unsuccessful.

"I realized nothing was going to work with these new people who didn't even know me," he said, referring to the Drug Court treatment team. "From the first day … I realized I was incarcerated. Not by four walls but by honesty, integrity, wisdom, strength, power, structure and accountability."

His life today isn't perfect, he said, "but it's closer than it has ever been."

He got his driver's license back, has a car and two motorcycles, has a good job, "and most importantly I am a good father," he said. "I am living clean, and I am present in their life every day, and I love my family with my whole heart."

His words of advice: "Give your life up to God, pray every day, ask for forgiveness, thank him for your blessings, and surrender. Lose the pride, leave the past behind you, live for today, and never give up."

Now in its 19th year, the Conasauga Drug Court "provides the highest level of intensive treatment based upon best practices and best research," Wilbanks said. "We work hard to make sure that happens -- my team stays on top of what's going on."

He describes the program as being "full of meat and liquids to feed the souls of those participants as they search for recovery and as they move into permanent recovery."

The program's goal is not for a recovery of a few months or even a few years, but for a permanent, life-long recovery, he said.

"I recognize the challenge you face every day in addiction to stay clean," Wilbanks told the graduates. "I recognize that, and I applaud you for staying clean. It is a daily challenge, but you still do it. You get up with the intention of doing it, and you do it well, so thank you for that."