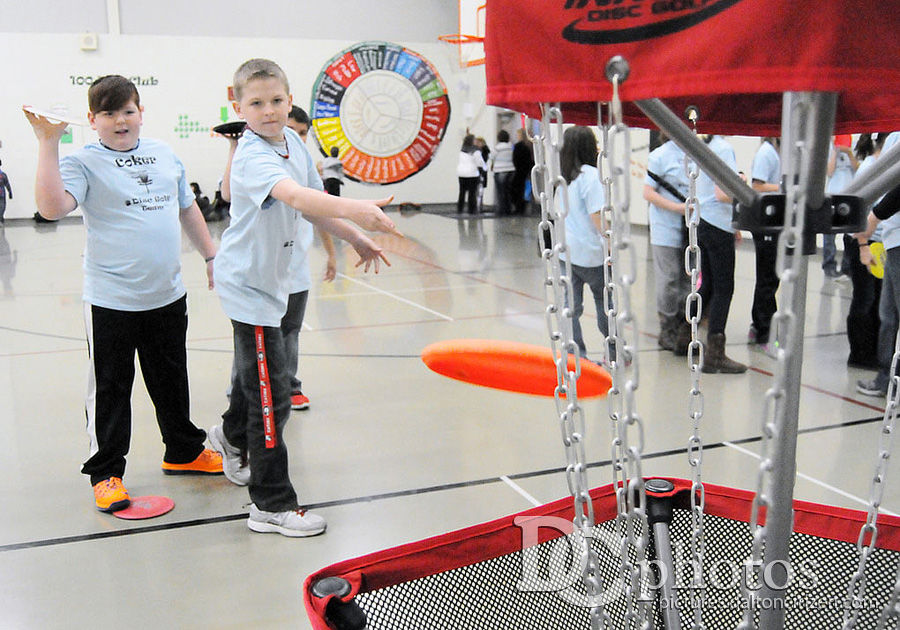 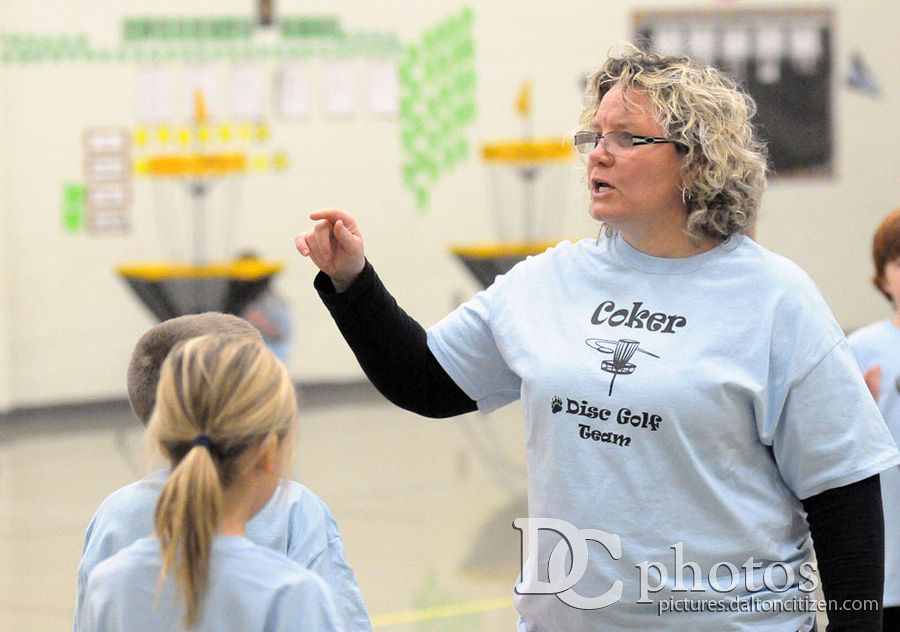 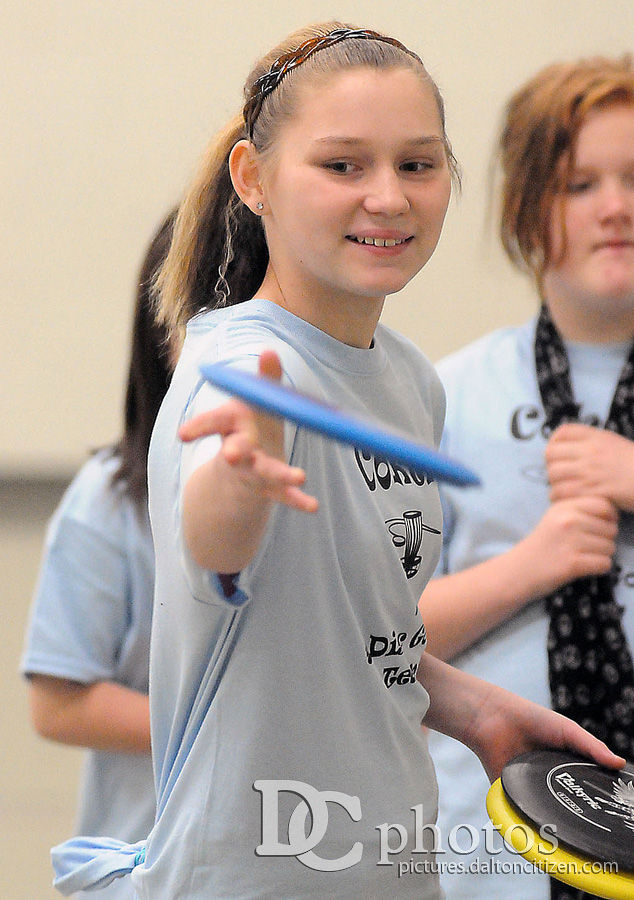 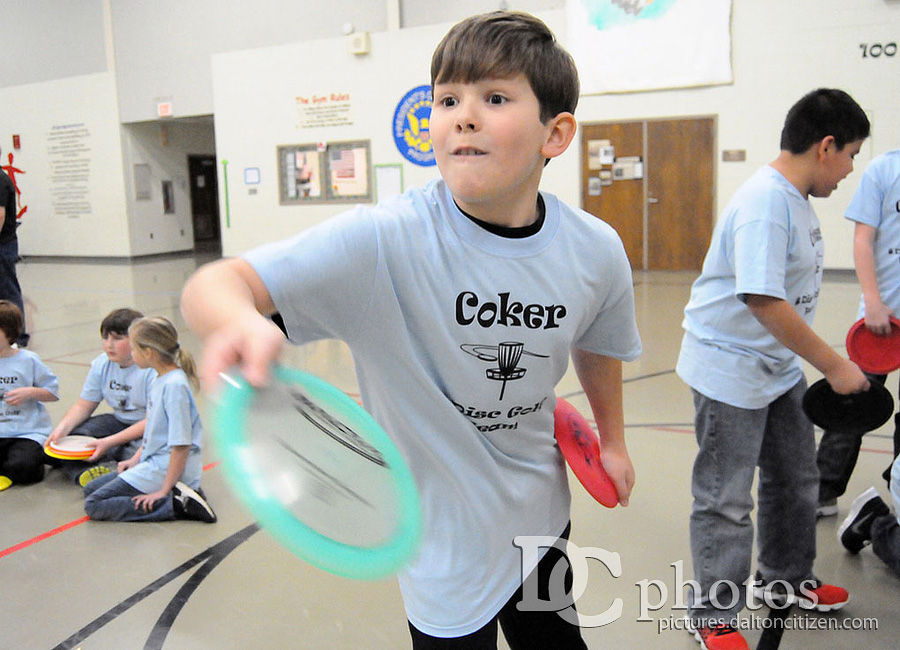 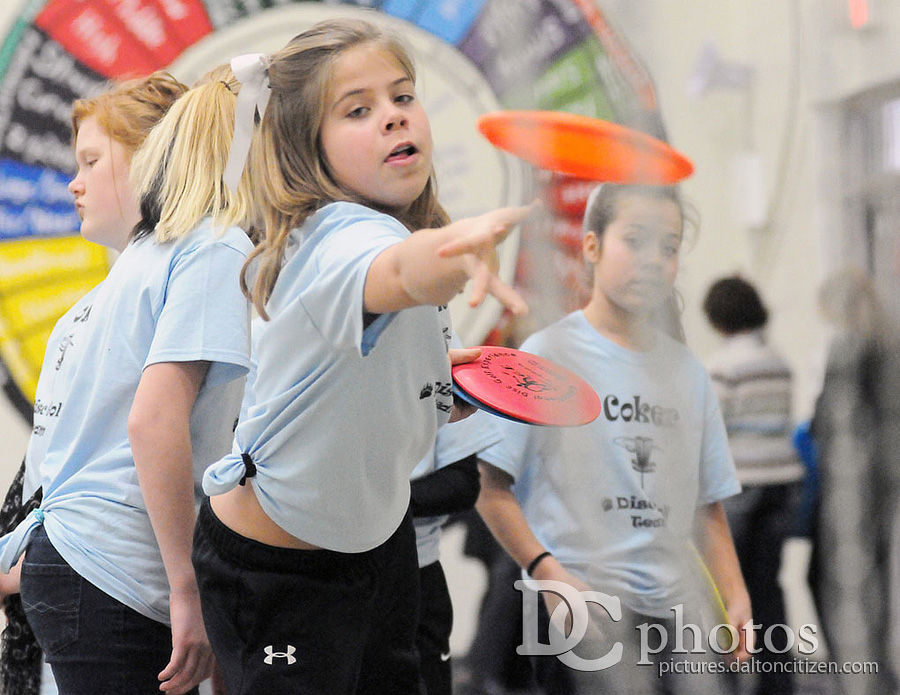 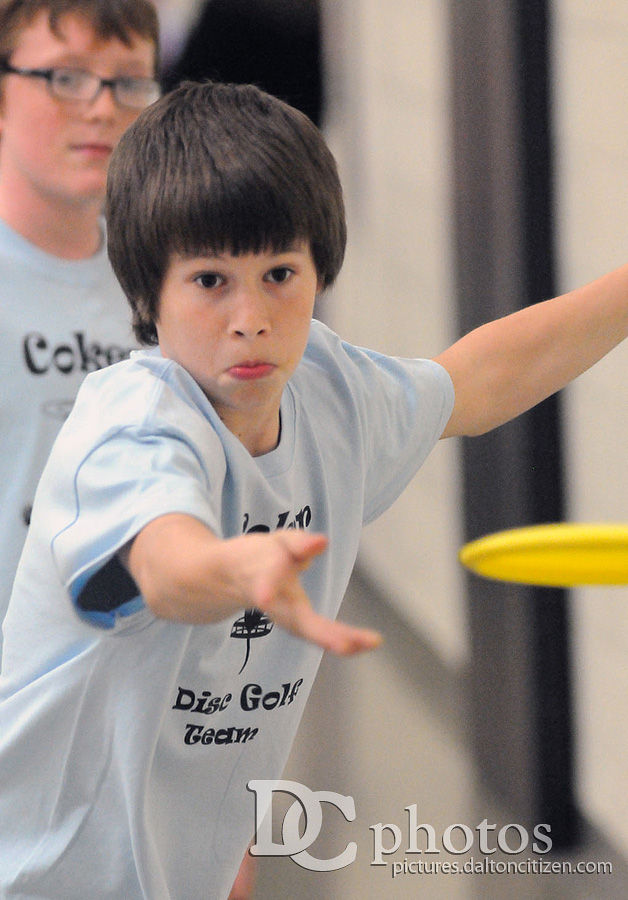 They call him “The Professional.”

He’s only 9, but Samuel Woodall is already making a name for himself in the world of disc golf, at least among his classmates.

Which means more than plenty of practice for Samuel, one of 29 students at Coker Elementary School in Murray County who are pioneering a disc golf program this year. School officials said the program is the first sport to be offered at the school since it opened in 1994 and the first program of its kind in the north Georgia area.

Disc golf has some similarities to golf. Scoring is based on being below or above par and each course typically has at least nine holes, but players use a disc made of hard plastic instead of a ball and try to reach a basket with suspended chains instead of a hole.

“The Professional” seems to know what he’s talking about. His dad, Brock Woodall, has played the sport since 1983. Woodall helped Coker Elementary staff write a $1,000 grant application to the Educational Disc Golf Experience (EDGE), a national organization trying to grow disc golf by providing it in public schools.

Coker Elementary was awarded the grant to pay for several portable nets and discs, becoming the second elementary school in the state to begin the program, according to the EDGE website (www.edgediscgolf.org). The nearest elementary school with a similar program is in Martinez, a suburb of golf-mecca Augusta.

Brock Woodall said disc golf has “really been growing in popularity” since he discovered the sport 30 years ago.

“I went to Chastain Park (in north Buckhead) with my friends to play golf and it was a two-hour wait to get on the tee,” he recalled. “We heard some people joking about a Frisbee golf course down the road. So we had two hours to kill and we went to see what it was.”

That was the last time he played traditional golf, he said. He’d found a new passion, something he’s excited to see in Samuel and his classmates.

“I like it a lot,” said Faith Humphrey, 11. “I love to compete because I love to win. After school, before (disc golf started), my mom worked here (as a teacher) and I would just sit in her classroom doing nothing, waiting on her. Now I have something to do.”

Sherrie Gore, the disc golf coach, said the program so far has been a hit among students. But what makes it so popular?

Bailey Baldwin, also 10, said he just “really enjoys the feeling of getting (a disc) in the basket.”

For Gore, growing the school and making an impact in the community is important.

“We wanted to do this because we wanted something that Coker could be known for, something to know us by,” she said. “And it gets (the students) off the computers and video games and stuff.”

Gore said school officials plan on building a nine-hole course outside the school for the students and the community.

“It will be open to the public,” she said. “We want our community to be able to come out on the weekends and to enjoy it through the week if the school is not using it.”

Gore is looking for businesses to sponsor each hole. She said anyone interested should call the school at (706) 695-0888 and ask for her.

Pamela Gay Malone, 61, of Dalton, passed away at Hamilton Medical Center on January 14, 2021. She is preceded in death by her parents, Frank and Peggy Harris, and by her daughter, Teresa Heredia. Pamela is survived by her children, Cherri (Nick) Turner, Bobby Heredia, Steven Heredia, and Des…