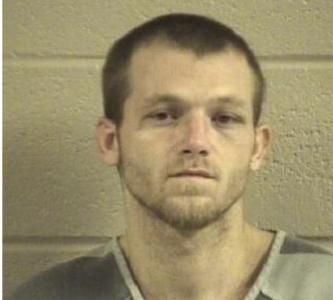 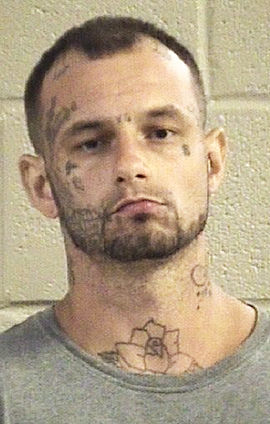 Two inmates who walked off a work detail in Thomaston on Wednesday and stole a city of Thomaston vehicle were apprehended in Whitfield County Thursday morning, officials said, and three people who helped them while they were here were arrested.

James Rodney Owenby, 27, originally from Murray County, was caught around 9:15 a.m. in the area of Old Grade Road near the South Bypass after what was described as "a brief foot chase." Capt. Paul Woods with the Whitfield County Sheriff's Office said Owenby "did attempt to evade Detective (Chris) Hicks by running but was quickly apprehended by Detective Hicks in a culvert under the South Bypass."

Owenby was in prison at the Spalding County Correctional Institution for a burglary conviction.

The other inmate, Zachery Glenn Rampley, also 27, was found inside a home at 503 Crook Road and was arrested by Deputy Casey Millsaps without incident around 2 a.m.

Rampley was in prison at the Spalding County Correctional Institution for aggravated assault.

Woods said the inmates have been turned over to the state Department of Corrections and will be "charged accordingly."

He said the sheriff’s office was notified by a “tip” that the two were in this area early Thursday morning. He said the vehicle Rampley and Owenby stole was found off of Wooten Drive in the area of Crook Road.

Woods said three people are in the county jail "that did assist them (the inmates) upon arriving in Whitfield County." They are charged with hindering the apprehension or punishment of a criminal:

Rampley and Owenby walked off the work detail on Wednesday in Thomaston, which is west of Macon.

According to an order from Whitfield County Superior Court, Owenby entered into a negotiated plea on Nov. 29, 2016, of guilty to obstruction of an officer and criminal trespass and was sentenced to 12 months to serve (suspended if certain conditions were met and he served 60 days in jail) plus court costs and surcharges.

Owenby had been charged on Dec. 1, 2016, by the Murray County Sheriff's Office with burglary (forced entry, non-residence), felony probation violation, obstruction of an officer, possession of one ounce or less of marijuana and misdemeanor violation of probation.

Owenby had been charged on Sept. 3, 2016, by the Whitfield County Sheriff's Office with obstruction of an officer by threat or violence, battery and criminal trespass.

Agencies that assisted with the captures were:

Woods said the sheriff’s office was also in contact with the Murray County Sheriff’s Office, which assisted in the investigation.