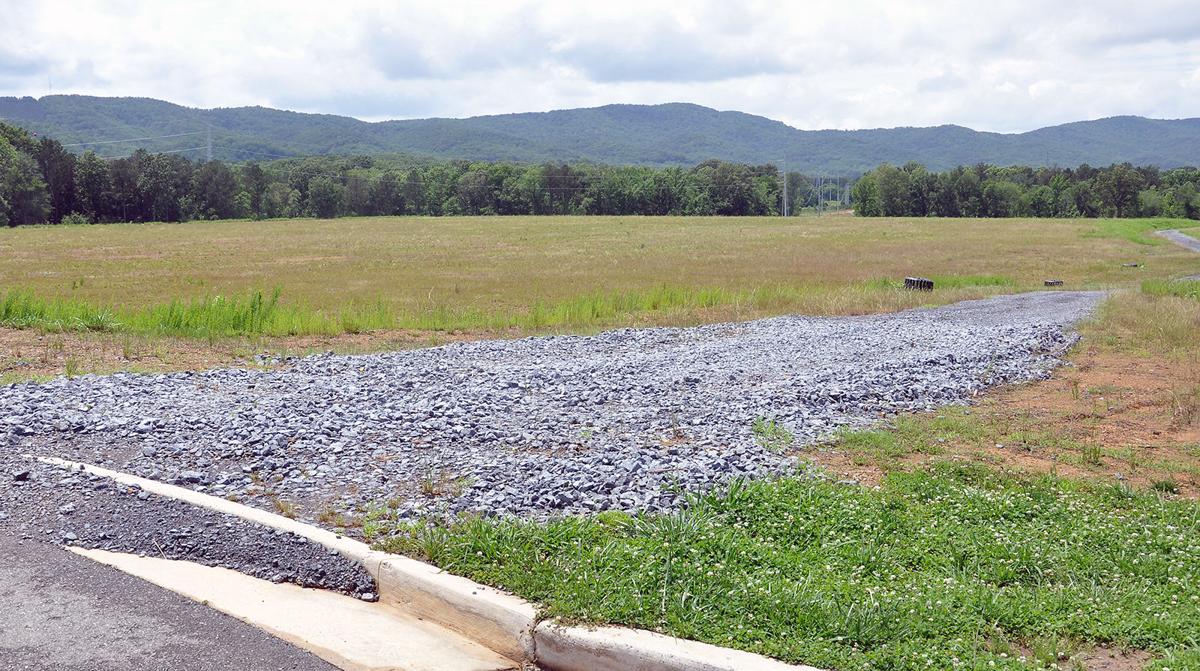 Hanwha Q Cells Korea, a leader in the global solar industry, will build a solar module manufacturing facility on this site in the Carbondale Business Park. Officials say the plant will create more than 500 jobs and bring a total investment of $150 million. 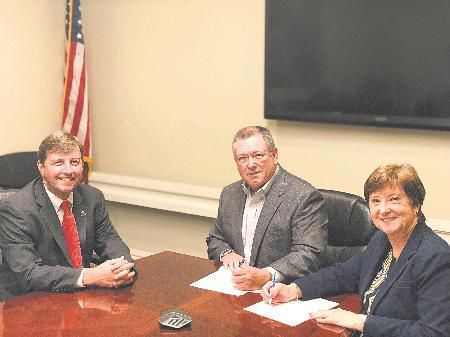 From left, Dalton-Whitfield Joint Development Authority (JDA) Executive Director Carl Campbell watches as JDA Chairman Kevin Harris and Whitfield County Board of Commissioners Chairman Lynn Laughter sign a memorandum of understanding with Hanwha Q Cells Korea for the building of a plant in the Carbondale Business Park that will employ more than 500 people.

Hanwha Q Cells Korea, a leader in the global solar industry, will build a solar module manufacturing facility on this site in the Carbondale Business Park. Officials say the plant will create more than 500 jobs and bring a total investment of $150 million.

From left, Dalton-Whitfield Joint Development Authority (JDA) Executive Director Carl Campbell watches as JDA Chairman Kevin Harris and Whitfield County Board of Commissioners Chairman Lynn Laughter sign a memorandum of understanding with Hanwha Q Cells Korea for the building of a plant in the Carbondale Business Park that will employ more than 500 people.

Hanwha Q Cells Korea officials hope a new solar module manufacturing plant in the Carbondale Business Park, which will create more than 500 jobs and bring a total investment of $150 million, will begin operations during the first quarter of 2019, a local economic development official said.

The plant, announced by Gov. Nathan Deal's office on Wednesday, will be built in the business park in the south end of Whitfield County. It will be the 184-acre park's second tenant (XL Brands was the first in 2011). Carl Campbell, executive director of the Dalton-Whitfield Joint Development Authority (JDA), said the company is expected to break ground in two to three weeks for an approximately 350,000-square-foot facility on roughly 800,000 square feet of land.

"They hope to be in operation the first quarter of 2019," said Campbell. "They are already in the process of looking for their first hires. They will hire some of the team immediately — HR (human resources) and those sort of people. And when the facility is close, they will start hiring workers to be trained. I would imagine that would be late this year."

Campbell said the average wage at the plant will be more than $15 an hour.

“Georgia has maintained strong partnerships with Korean businesses for more than three decades and this announcement is yet another reflection of our reputation as a premier destination for international business,” said Deal in a press release.

Greater Dalton Chamber of Commerce President Rob Bradham said the project will be regional in scope.

"This company won't pull employees just from Whitfield County but from all over northwest Georgia," he said. "Even with our unemployment rate as low as it is (4.3 percent in April), we still have thousands of people every day who drive from Whitfield County to another community for a job. This could give some of those folks an opportunity to stay here and work where they live."

Whitfield County Board of Commissioners Chairman Lynn Laughter said the plant is a major step in diversifying the county's economy so that it is not so reliant on the floorcovering industry, something officials have been working on for years.

"I'm absolutely thrilled," said Laughter. "We think this is our game changer. And it shows how visionary the commissioners who created the Carbondale Business Park were. I wasn't on the commission at that time, but they knew we needed to diversify our economy, and the park would be the key to that. We love our floorcovering industry, but it's so dependent on housing that when we have a recession like we did (in 2008) we are really hard hit."

Officials say that landing a company such as Hanwha Q Cells Korea should make it easier to attract more companies to the Carbondale Business Park.

Located just east of I-75, the Carbondale Business Park opened in 2010. Whitfield County has spent at least $10.3 million so far developing the site.

PV Magazine, which covers the solar industry, reports the plant will have an annual capacity of producing panels that can generate more than 1.6 gigawatts, which would make the plant the largest in the Western Hemisphere. It will produce both rooftop and ground-mounted panels.

Campbell said the plant will "most certainly" buy its water, wastewater and natural gas from Dalton Utilities. He said it will have the choice to buy its electricity, expected to be 10 megawatts, from Dalton Utilities, Georgia Power or North Georgia Electric Membership Corp. but the company has not awarded that contract yet.

"Worldwide, they are fairly vertically integrated (self-sufficient)," said Campbell. "But we think there might be some opportunity for us to attract some suppliers. We are certainly hoping for that. But it's not a situation where we know something is coming."

The magazine reports the facility is being built, at least in part, to escape tariffs imposed on foreign solar products by President Donald Trump.

Campbell said the county gave the company the land and the company will also qualify for the county's tax abatement matrix for new industrial development. He said the county has committed to removing some trees from the site but the revenues from the sale of that timber should offset the costs. The total value of local incentives, he said, is about $15 million.

Hanwha Q Cells Korea is part of the Hanwha Group, a Fortune Global 500 firm, one of the 500 largest companies in the world based on revenues.