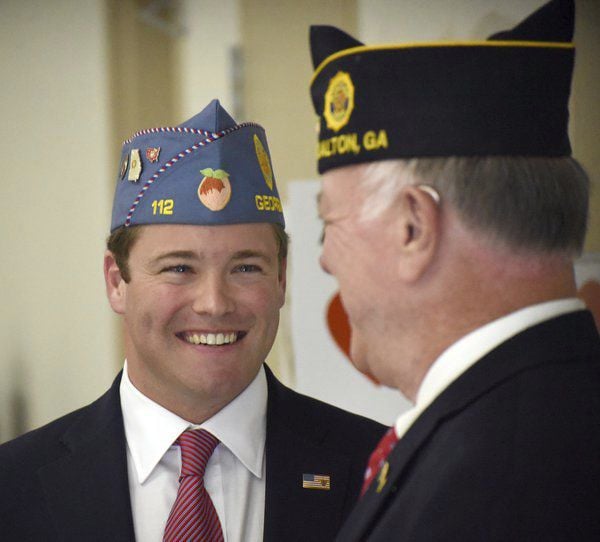 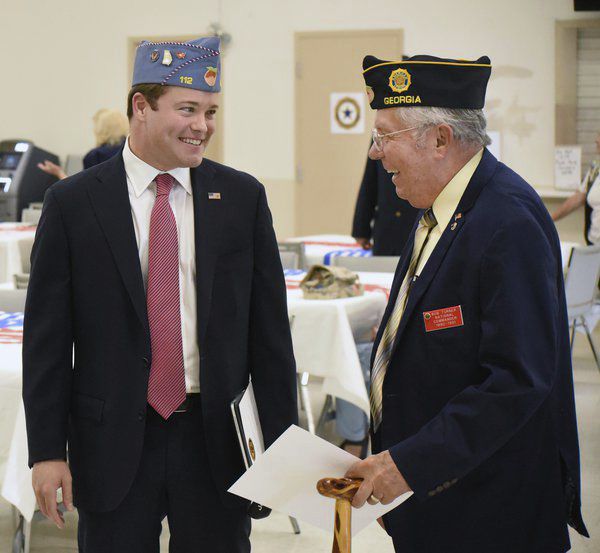 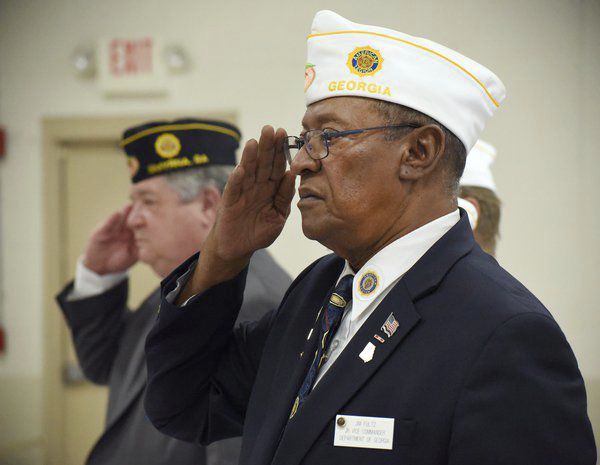 From fighting for the creation of the U.S. Veterans Bureau, which later became the U.S. Department of Veterans Affairs, to writing the first draft of the GI Bill, which has provided educational and other benefits to millions of veterans, the American Legion has fought for veterans for 100 years.

"The American Legion was founded in 1919 by a group of World War I veterans who wanted to start an organization for veterans and chartered by Congress later that year," said Post Commander Lee Oliver. "This post was founded in 1932. It's a tremendous accomplishment for an organization to turn 100 years old. Many do not. It has taken a lot of hard work by a lot of men and women over the last century."

The American Legion's website says it has almost 2 million members in 12,000 posts, making it the largest wartime veterans service organization in the United States.

Locally, Post 112 members perform a number of services for veterans, including taking local veterans to the Veterans Administration clinic in Chattanooga. The post's Honor Guard provides veterans with military honors at their funerals, including a three-volley salute, playing "Taps," folding the flag and presenting it to the next of kin.

State Sen. Chuck Payne, R-Dalton, a member of Post 112, says "you can't count all of the ways these folks help each other."

"It isn't just about lobbying government," he said.

Payne cited the efforts of the late Leo Whaley, a U.S. Navy veteran and Post 112 member, to bring Operation Song -- which pairs veterans and active duty military with Nashville songwriters to tell their stories -- to the Veterans Affairs clinic in Chattanooga. Country songwriter Don Goodman ("Ol Red," "Angels Among Us," Dixie Road" and others) wrote "Old Sailor" based on Whaley's life.

"That came from one man standing up and saying 'Hey, this would be a good way to help my brothers and sisters.' That happens every day here and at American Legion posts across the country," Payne said.

Whaley also served 25 years on the Cohutta Town Council and a term on the Whitfield County Board of Commissioners.

Dewey Moss, a past commander of Post 112, says that is typical, with American Legion members serving in elected office and leadership positions in other organizations.

"We all are bonded by that experience of serving in the military," he said. "The military teaches you discipline and leadership. When you see an objective, you go take it."

The American Legion also sponsors a number of youth programs, including the summer leadership and civics programs Boys State and Boys Nation.

Since its founding in 1946, Boys Nation has attracted some of America's top youth leaders. Participants have gone on to become senators, judges and governors. Former president Bill Clinton has said that meeting then-president John F. Kennedy at Boys Nation inspired him to go into politics.

Saturday's speaker, Wells Ellenberg, governmental affairs manager for Southern Co., is a past participant of both Boys State and Boys Nation.

"I was a Georgia Boys State participant back in 2008 and one of two selected to represent Georgia at Boys Nation in Washington, D.C.," he said. "I've now been on the staff (of Boys Nation) for 10 years. The opportunity the Legion offers both at Boys State and Boys Nation is amazing. I've had the opportunity to watch these young, impressive men learn about government, visit the nation's monuments and to encourage them to be patriotic and to support our veterans."

"I did not serve in the military, but being part of the Sons of the American Legion is a way for me to honor the service of my father and grandfathers," Ellenberg said.

Bob Turner, a past national commander of the American Legion, says he can't imagine a world without the organization.

"It has done so much good -- for veterans, for the nation, for the communities its posts are in," he said. "And I believe it will continue to do good for another 100 years."

Paula Marie Roberts, age 58, of Dalton, Georgia passed away unexpectedly while surrounded by her family on Monday, January 17, 2022. She was born on August 4, 1963. She was preceded in death by her sister, Teresa Ward of Sacramento, CA; aunt, Tina; paternal grandparents, Clint (Delta) Green;…