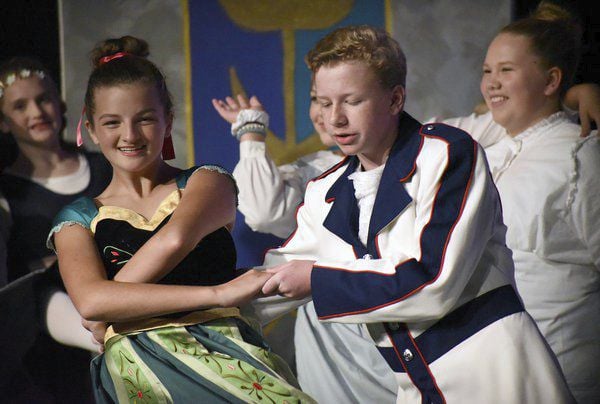 Emma Lester, left, and Jackson Kersey rehearse a scene from "Frozen Jr." on Tuesday at the Artistic Civic Theatre. 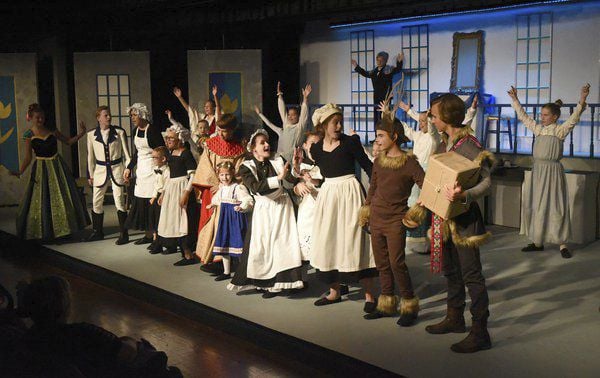 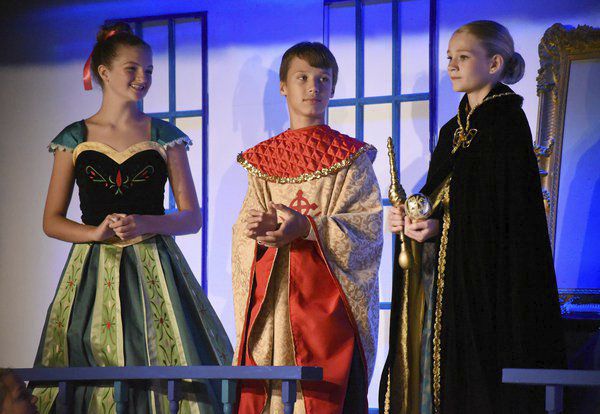 From left, Emma Lester, Benji Michmerhuizen and Eva Ashcraft rehearse a scene from the ACT's production of "Frozen Jr." 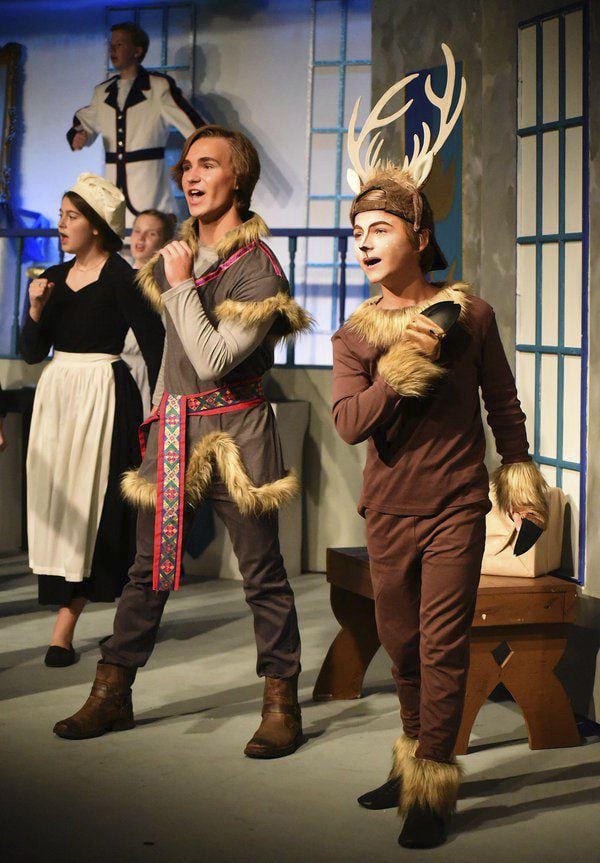 From left, Leah Tant, Addison Owen and Bennett Owen rehearse a scene from "Frozen Jr." on Tuesday at the Artistic Civic Theatre.

Emma Lester, left, and Jackson Kersey rehearse a scene from "Frozen Jr." on Tuesday at the Artistic Civic Theatre.

From left, Emma Lester, Benji Michmerhuizen and Eva Ashcraft rehearse a scene from the ACT's production of "Frozen Jr."

From left, Leah Tant, Addison Owen and Bennett Owen rehearse a scene from "Frozen Jr." on Tuesday at the Artistic Civic Theatre.

As one might expect, the production is based on the animated 2013 Disney film, “Frozen,” as well as the 2018 Broadway musical. While favorite tunes familiar to so many from "Frozen" will naturally be part of the show, there is some new music, as well, director Mary McLawhorn said.

"We already had great talent, and here comes even more," Long said.

McLawhorn echoed Long's sentiments, promulgating that "the youth talent in this town is outstanding."

Molly Watts, 13, Jackson Kersey, 12, and Scarlett Mumford, 13, are among this troupe of young thespians, and all have been acting for years.

Watts, who has acted in numerous productions in both Dalton and Chattanooga, started acting in third grade shortly after viewing her first show, she said.

"I fell in love with theater, meeting new friends and connecting with the audience," she said.

She portrays Bulda in this production, one of the "hidden folk," and she's most-excited for a major dance number called "Hygge," said Watts, president of the Dalton Middle School drama club.

That's "such a fun song that everyone will enjoy," seconded Kersey. "It's great."

Kersey plays the role of Hans, which requires him to evolve from charming to villainous by the show's conclusion.

"I start as a good guy who seems nice, flirting with Anna," but "I've been lying the whole time," he said. "Both parts are fun to play," but his flirtatious attempts with Anna are more challenging than his malevolence.

Kersey started performing in shows in second grade because his older sister was enthralled by theater, and he looked up to her, he said. He quickly discovered "I like being with my friends and the organized chaos of theater."

Mumford, who portrays a handmaiden, has been part of myriad ACT productions, but she knew this would be special.

From the first show she witnessed, Mumford wanted to be on the stage.

"I love theater because I get to perform for an (audience), and it makes people happy," Mumford said.

For Mumford, the dance numbers have been her highest hurdle in this production, but rehearsals have made her more comfortable, she said.

"I definitely got it down," she added.

Ashlyn Barnett is the show's choreographer, which includes choreography for an entire snow chorus comprised of ballerinas. In addition to Barnett, Long and McLawhorn — all three are local teachers — this production benefits from a plethora of parents who assist with sets, props, costumes and makeup, Long said.

"There's no way we could do all this without them," Long added.

Long, a veteran of the local theater scene, is partnering with McLawhorn for the third time, and while 2018's "Mary Poppins" has previously been "the biggest" ACT show she'd been involved with, "'Frozen' is even bigger."

The sprawling cast includes 38 actors and actresses, ranging in age from 7 to 14, and rehearsals began at the end of July. Cast members are from a litany of local schools, including Dalton Public Schools, Whitfield County Schools, Christian Heritage School and some who are home-schooled.

This production is once again partnering with the Miracle League of Whitfield County, Long said. Proceeds from light-up "Frozen" wands sold during the show's run will be donated to the Miracle League, and parents were invited to bring their Miracle Field children to a performance Thursday night.

Both Long and McLawhorn were drawn to this show by the "girl power" message, said the former. They both have sisters and daughter, so they love that the two sisters in the show, Anna and Elsa, don't need a prince to save them, but use "sisterly love."