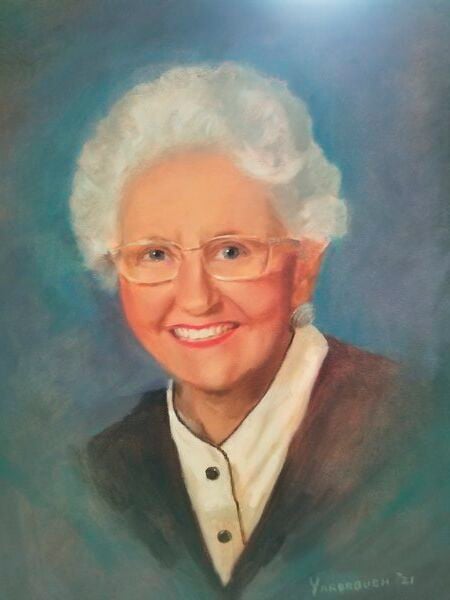 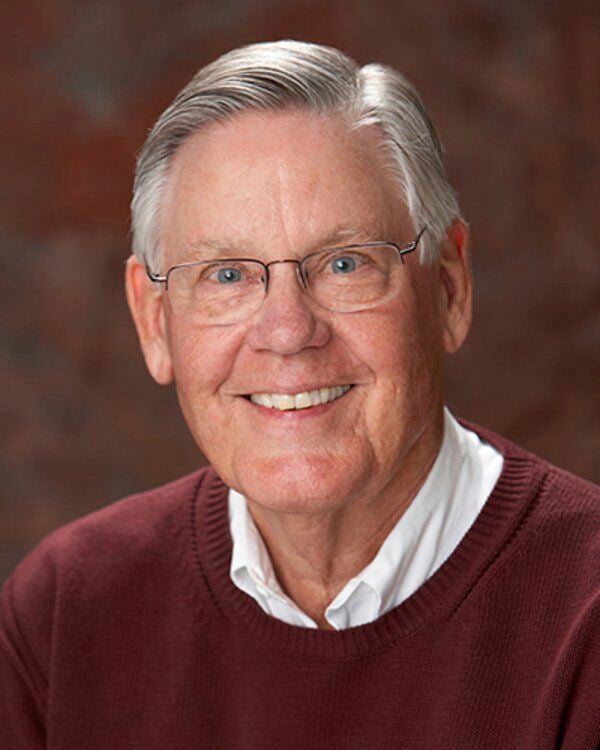 This week, I am going to forego any discussion of politics and share a personal experience with you. It involves art, Ray Charles, the Righteous Brothers, a refrigerator magnet and me.

I have just finished a portrait of my beloved wife, Jane, who passed away in December. It will hang in her heaven on earth at St. Simons, known to family and friends as Grandma's Beach House.

As I began the project, I had to convince myself that I would try as best I could to not think about who I was painting and focus on the how-to part. I once asked a doctor how he could cut on and operate on a fellow human being. He said, "I become a mechanic, the patient becomes an automobile and I must repair the engine. In other words, I have to detach myself from the fact that I have someone's life in my hands."

I decided that I would do the same. I would focus on the technical aspects I had been taught in art class and detach myself from the subject.

Art is a relatively new experience to me. I was late coming to the discovery that I had a functioning right brain after having spent most of my adult life squeezing all the juice I could from my left brain in order to survive the corporate world in which I lived and worked.

There wasn't a lot of need for creativity in big business, except how to get up the next rung of the management ladder without being knocked off by someone who thought that rung belonged to them. And then, once you got there, staying there. Corporate politics are not for the timid of soul and paint brushes aren't a part of the arsenal.

After turning in my corporate suit and finding there was another world out there that did not involve bottom lines, annual reports and mind-numbing management conferences, I looked around for something to occupy my time. The Woman Who Shares My Name had made it clear that she neither wanted nor needed my management expertise in helping her run the house.

In truth, she was delighted to see me take to painting after years of watching me dig into my briefcase after a dinner that I was usually late getting to because I was held up at the office for reasons that escape me today.

Under the tutelage of an outstanding art instructor, Kristopher Meadows, the art began to flow -- landscapes, seascapes, still life, portraits, a painting hanging at the College of Coastal Georgia in Brunswick and one at the state capitol.

And then it all came crashing down. My wife's slowly and inescapable physical and mental decline became my sole focus. The brushes were put away. Art was no longer important. Losing my soulmate extinguished whatever creative spark I may have had.

It was my good friend, Pam Malone, who convinced me finally to get back on the horse. With some reluctance, I did and slowly got the artistic juices flowing again. First, a simple rose, followed by a camellia and then a decision to tackle the most important painting I will ever do. My wife's portrait.

Surprisingly, it was all going well. I was applying all the lessons I had been taught in class about shapes, values and edges and dealing with my subject matter in an objective and detached manner. And then it happened.

As we paint, our class enjoys the Ray Charles channel on satellite radio, all upbeat and spirited. And so it was with the portrait until the day I got to her eyes. This was no longer simply subject matter. This was my wife. I was looking at her and she was looking back.

It was then on the Ray Charles channel that I hear the Righteous Brothers and "Unchained Melody." This was our song. The one in which we fell in love as teenagers and knew that it was for real. I had never heard anything closely resembling a ballad on the Ray Charles channel before then and haven't since. And it was playing as we were locked onto each other's eye in art class. It was an unbelievable moment.

Oh, and the refrigerator magnet I mentioned earlier? It says, "Coincidence is God's way of remaining anonymous." What happened that day was no coincidence. No way. It was God's way of saying that Jane is with you and always will be. Love never dies.

Dick Yarbrough is a longtime Georgia resident and former public relations executive. Reach him at yarb2400@bellsouth.net; at P.O. Box 725373, Atlanta, Georgia 31139 or on Facebook at www.facebook.com/dickyarb.