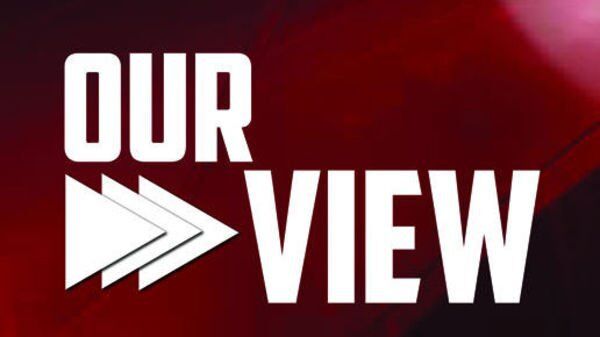 What started as a series of text messages rapidly grew into a community-wide celebration to honor our champion athletes.

The event — "Soccertown, USA: A Countywide Celebration of Domination" — had an extremely festive atmosphere. Music blared as people milled about the park. Attendees spoke to the players and coaches, many exchanging congratulatory fist bumps. Children kicked soccer balls on the park's lawn. When the players and coaches from Dalton, Coahulla Creek and Southeast Whitfield took the stage, they were richly cheered.

While many people and businesses played a role in making the event a resounding success, two in particular were the impetus for the event: Brad Ramsey, the president of the quarterback club that supports sports at Southeast Whitfield, and Misty Silvers, a member of the booster club at Dalton High.

The idea came together swiftly after the teams won their state semifinal games last week. Through texts, Ramsey and Silvers discussed how neat it would be to have a joint celebration for the teams.

After a few calls, planning for the event snowballed.

Burr Park was reserved. Dalton's Rock Bridge Community Church lent its sound system. Sponsors began lining up. Representatives from city, county and state governments committed to being there. Donations poured in — about $27,000 — to make sure each player will receive a state championship ring without having to pay for it out of their pockets.

All this happened in about a week's span. All because two people had an idea.

For their drive and dedication to ensure our local high school championship athletes received the recognition they deserve, the Daily Citizen-News names Brad Ramsey and Misty Silvers Citizens of the Week.