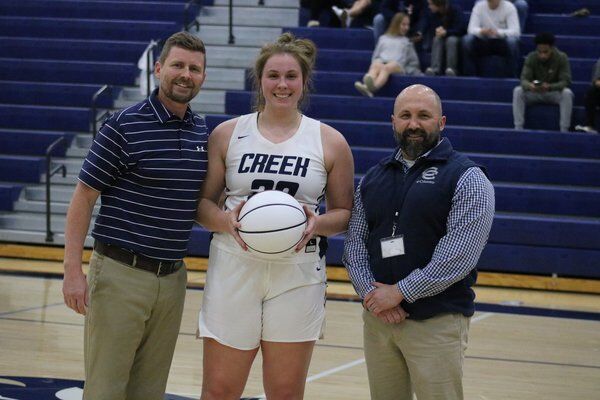 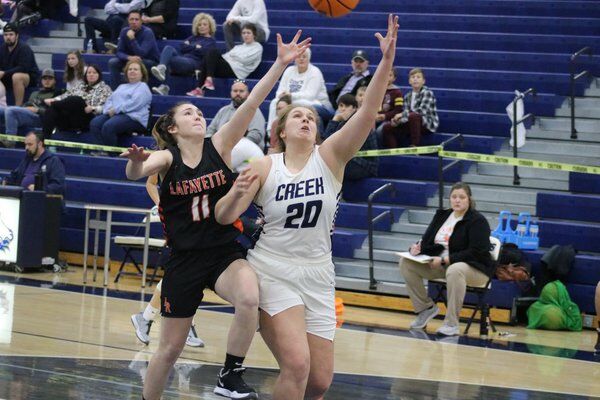 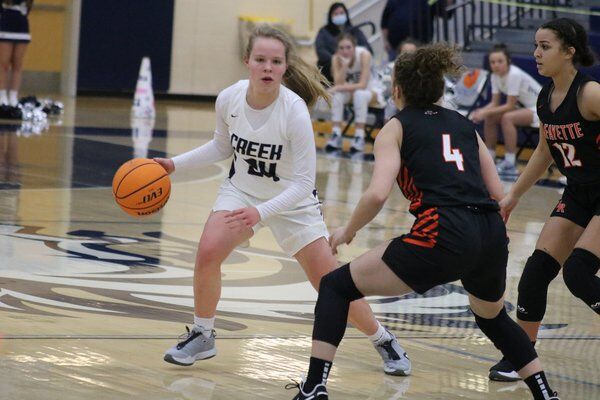 Coahulla Creek High School's Kenley Woods drives toward the goal in a 63-42 over LaFayette Tuesday. 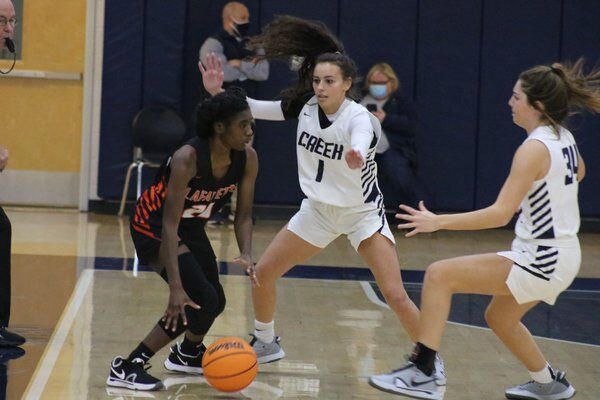 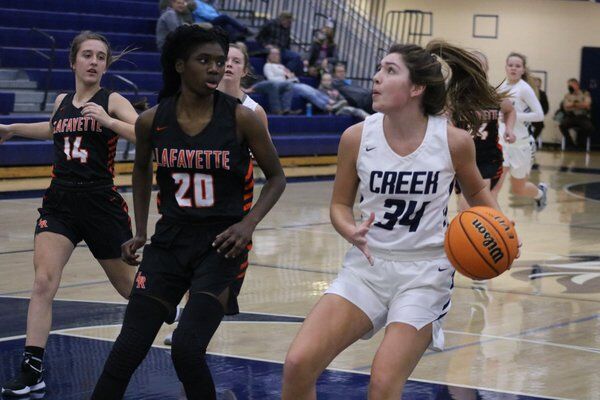 Coahulla Creek High School's Kenley Woods drives toward the goal in a 63-42 over LaFayette Tuesday.

"I was super nervous at the start," Richards, a senior, said after the game.

With a basket in the second quarter of a 63-42 win over LaFayette, Richards reached 1,000 career points scored in a Coahulla Creek uniform. The only other player in the Lady Colt basketball program's history is Lily Snyder, who graduated in 2019.

"I was so excited," Richards said. "I honestly didn't think that I would reach it, because I didn't play a lot my freshman year. When we figured it out, I knew I just really wanted to work toward that goal."

After Richards was recognized for her accomplishment at the halftime break, her teammates led a run that effectively put the game away.

The Lady Colts drilled four straight 3-pointers in the first three minutes of the third quarter, including two from Kenley Woods.

The Colts have won six straight since a December loss to Sonoraville, who is the only team ahead of them in the Region 6-3A standings.

"We've really worked hard as a team, and I think that's why we've been so successful this year," Richards said. "Each of us has our own jobs, and when we all do those, we have really good games."

The Lady Colts will put that record to the test Friday when they host Murray County at 6 p.m.