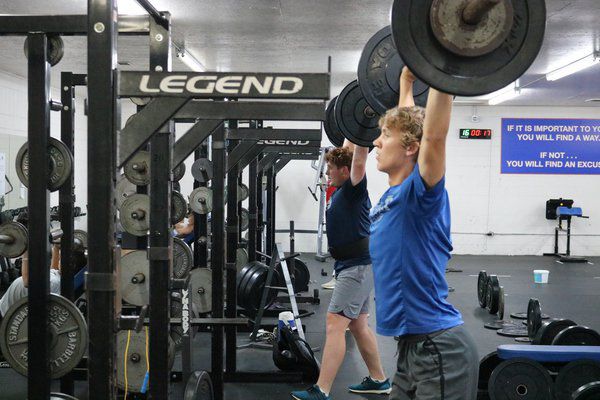 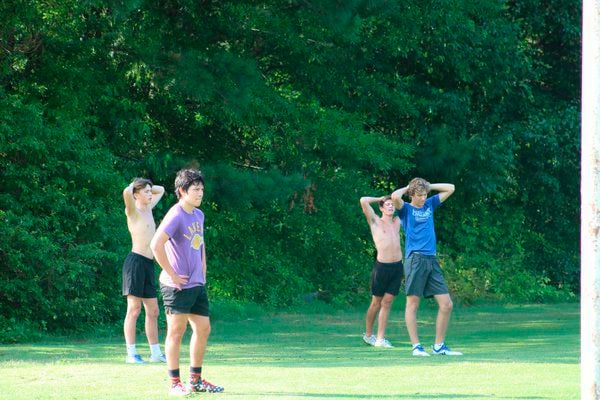 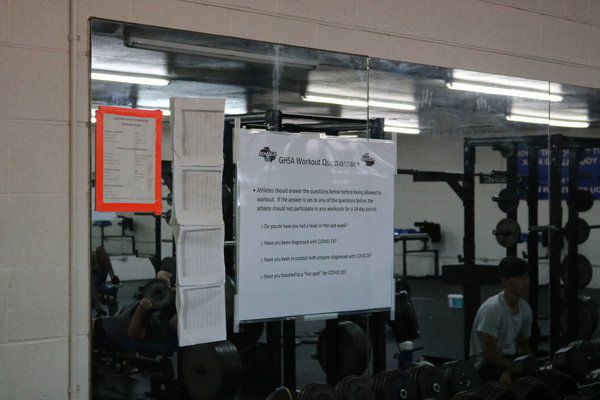 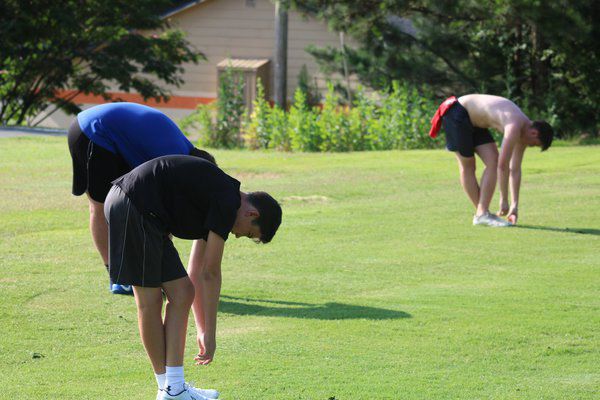 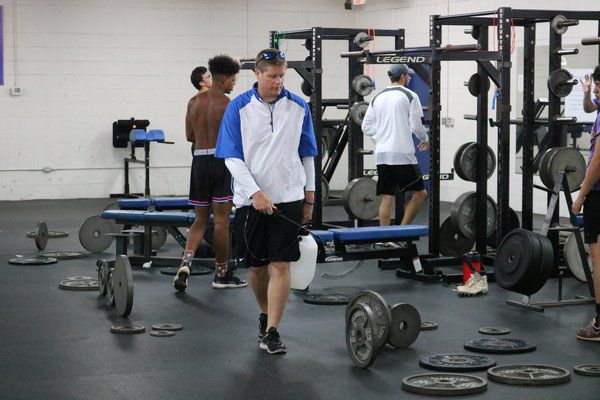 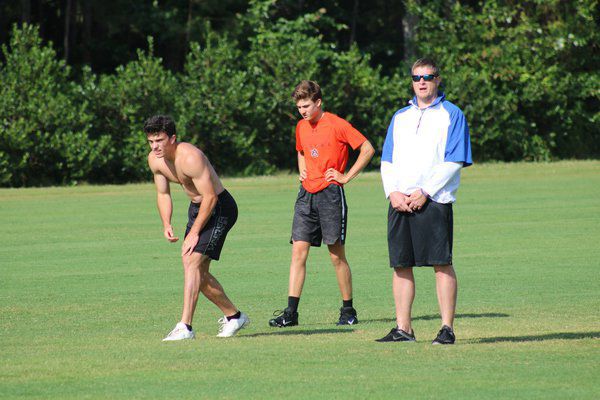 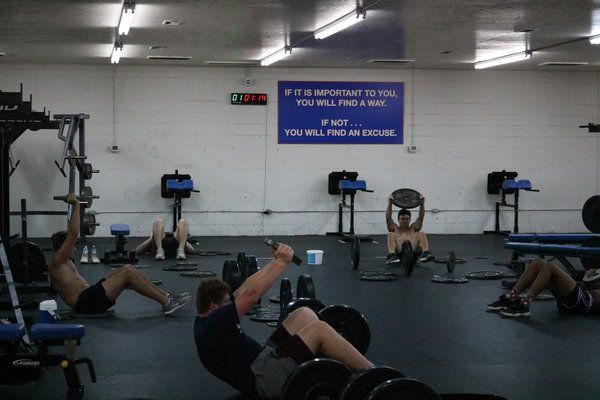 TUNNEL HILL — As the Northwest Whitfield High School football team works out Tuesday morning, a large sign in the school’s blue and orange coloring looms over them in the weight room.

Amid the outbreak of the new coronavirus (COVID-19), that sign finds new meaning.

Northwest Whitfield and other high school sports programs across the area and state had been unable to meet, work out or practice in person from the closure of schools in March until last week.

The Georgia High School Athletic Association began allowing schools to meet for heavily-regulated conditioning and weightlifting June 8. Social distancing, small groups and sanitizing are all a must.

The Northwest program, like so many other schools, is “finding a way” to make the most of the situation.

“I’ve been coaching weight training for 17 years, and I’ve never had to do this,” said Northwest Whitfield head football coach Josh Robinson, speaking as he completes a circuit of the weight room after a group of Bruins moves out and onto the practice field. “We’re just fortunate enough to have this time to be able to try to get back into a routine.”

The players had been instructed to leave the weight plates they had touched standing straight up along the floor. Robinson meandered through the standing weights, spraying them down with a pump-sprayer more often found combatting the growth of weeds.

The safety measures don’t come just after the exit of players. Throughout the workout, players stay at spaced-apart weight benches and stations along the floor. Constant shouts from Northwest assistant coach David Redmond remind the Bruins to stay socially distant and to mind the strips of white tape placed carefully along the floor that mark where it is safe to stand 6 feet back of anyone else.

All this after each player has their temperature taken and completes a COVID-19 questionnaire before participating.

“It’s a little bit weird, but it doesn’t really bother me,” said Matt Redmond, a rising senior for the Bruins. “I understand the whole distancing part.”

After a workout filled with squats, crunches and wiping of benches, the Bruins meet on the practice field, where skill position players run routes and quarterbacks roll out, miming the possession of a football. GHSA rules don’t yet allow teams to use any sport-specific equipment yet, so no footballs.

A few sprints later, after the weight room has been cleaned, a new group comes in to start the process over.

Despite the restrictions and regulations of these offseason workouts, Matt Redmond said the team is using the time to catch up for lost time.

“Everyone is going to have to be pushed to their limits for us to get back on track,” Redmond said.

Those rules are there for a reason, Robinson said — To help complete a reality where football games go on this fall.

“Now that we’re back, we’ve got to play by the rules to make that happen,” Robinson said. “We can’t do things that jeopardize that.”