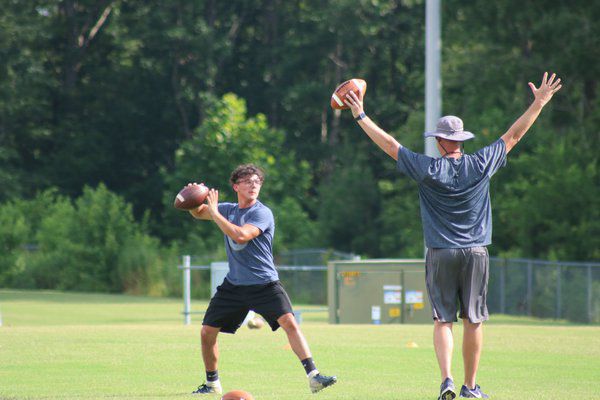 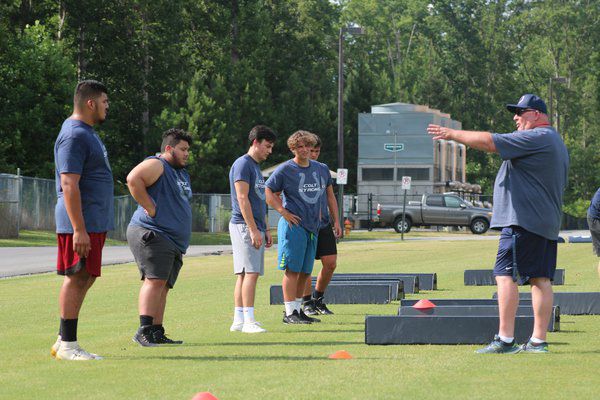 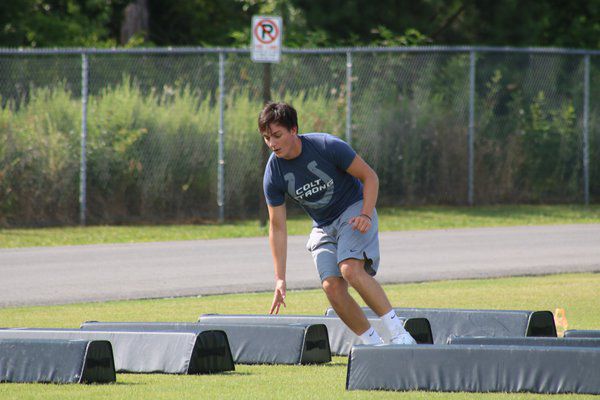 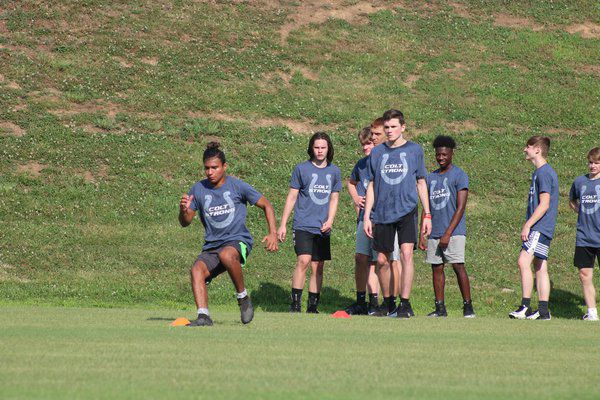 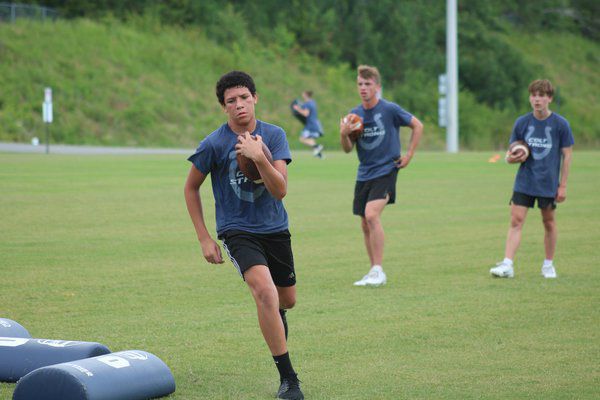 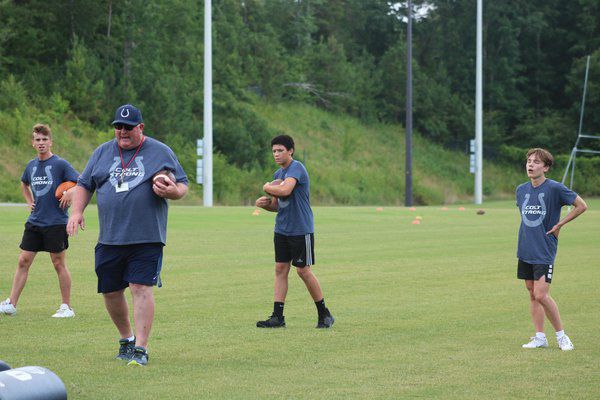 He’s waiting on another group of his Colt football players to take the field. It’s the third week of workouts for his team in his first year as head coach. After the outbreak of the new coronavirus, (COVID-19), the Georgia High School Association ended an almost three-month layoff by allowing workouts on June 8.

“I hope it misses us,” Wilson says of the storm.

With such a delay to start his first season of offseason workouts as head coach, even temporary further delays are undesirable.

A few stray, scattered drops of sprinkling rain dot the practice field for a few minutes, but the storm never arrives. Workouts go on for the Colts.

“They’re just excited to get back out here and get around each other,” Wilson said of his players. “I know a lot of them were ready to start.”

Coahulla Creek, and other teams across the state, go through heavily-regulated workouts due to GHSA rules. Social distancing, small group sizes and sanitation are all required, though, starting with Monday’s workouts, the rules relaxed a little, allowing groups of up to 50 to participate at one time and footballs to be used.

“You have to remind them,” Wilson said of distancing rules. “They like to be around each other. When they’re here, they’re probably further apart than they are anywhere else.”

The Colts take advantage of the new rules, combining two previously-separate morning and afternoon workout groups. On Monday afternoon, one of those groups lifted weights while another went through an agility circuit, a group of four different speed-building drills that are sufficiently spaced with cones and pads to give players plenty of room.

“We’ve been doing this since day one,” Wilson said. “We have a rest station and a go station, and we try to keep them 6 feet apart.”

After the groups swapped, completing the opposite activity, the footballs finally came out.

In a skill position group, smaller sets of running backs, receivers and quarterbacks divide up across the practice field. Wilson tutors the running backs on proper technique when taking a handoff, bursting through the offensive line and switching hands with the ball. Quarterbacks practice throwing back and forth before joining the runners for a handoff drill. Receivers burst off the line, block practice dummies and chop in and out of sets of cones to simulate changing direction on a passing route.

“We’re not ready to do a whole lot yet with the football, but you can’t really,” Wilson said. “They’re excited to be able to throw it around.”