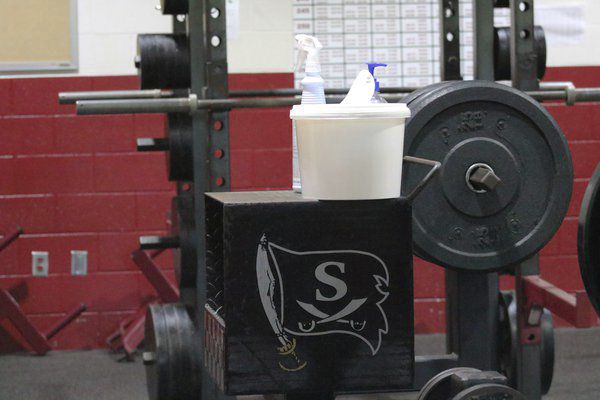 A station including cleaning wipes and hand sanitizer is set up for the Southeast Whitfield High School football team to use during their Monday workout. 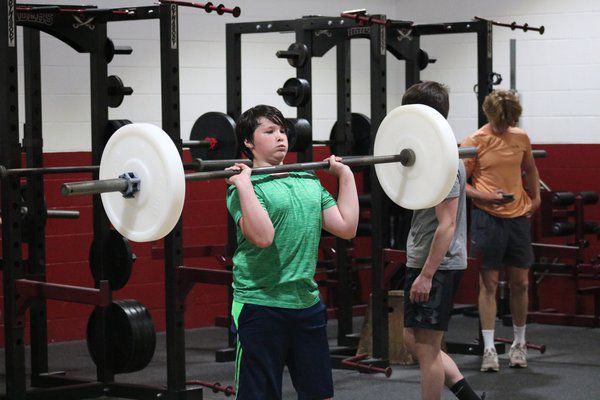 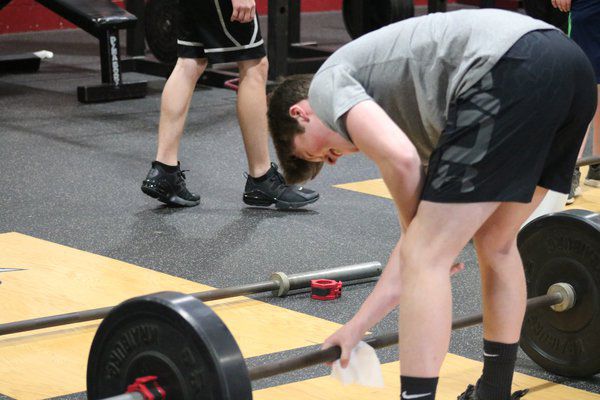 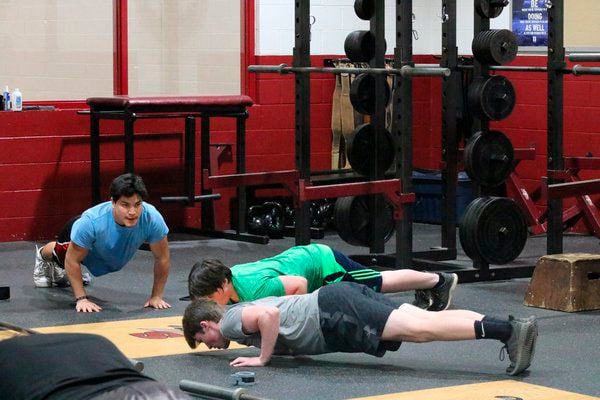 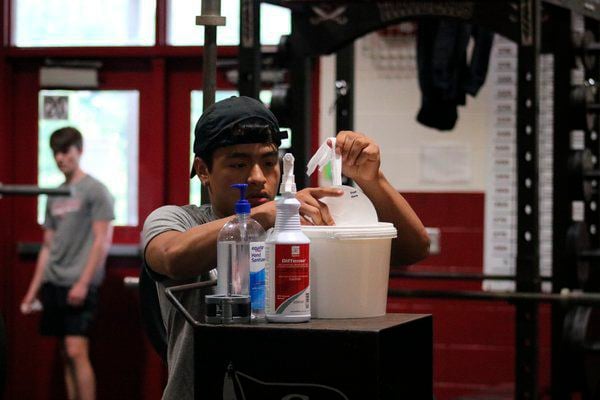 Southeast Whitfield High School sophomore Anthony Ramirez pulls out a sanitizing wipe to use during the football team's Monday workout.

A station including cleaning wipes and hand sanitizer is set up for the Southeast Whitfield High School football team to use during their Monday workout.

Southeast Whitfield High School sophomore Anthony Ramirez pulls out a sanitizing wipe to use during the football team's Monday workout.

On Monday morning, the trash can inside the weight room at Southeast Whitfield High School was full as the football players worked out.

With Georgia High School Association regulations the new coronavirus (COVID-19) pandemic limiting the number of student athletes that can work out at a time and requiring sanitation of equipment between sets, the walk to a “sanitation station” takes up almost as much time as the workout itself.

Despite the regulations, brought on by the outbreak COVID-19, workouts move on.

Over the sound of the speaker system blasting music in the corner, the sound of clanking and clacking weight bars and plates came to life as the first group of athletes would perform squats, cleans or presses.

After the sets, groups of Raiders lined up at one of two pedestals that hold a bucket of sanitizing wipes and Germ-X hand sanitizer. After a quick wipe down of the bars and benches, the call to begin goes out again.

Monday morning began the second week of workouts for Southeast, after the GHSA began allowing schools to hold restricted practice sessions a week before. The Raiders are still in ramp-up mode, according to Murray, after an almost three-month layoff when schools closed were at the outset of the outbreak.

“We’re still trying to do real light weight since some of them haven’t worked out as much since we’ve been out of school,” Murray said. “I’m glad to see the kids of course, and they’re glad to see each other.”

Anthony Ramirez, a sophomore at Southeast, said that assessment from his coach is true.

“I like seeing all my teammates put in all this hard work after the long break,” Ramirez said after his group finished working out Monday. “I just want to see them shine.”

Monday marked an indoor, weight room-only day for the Raiders. The team is holding four workouts per week — two indoors and two on the practice field for conditioning.

After using most of the morning lifting weights, the Raiders finished off the workout by dropping to the floor for some push-ups, crunches and other body-weight exercises. After gathering around Murray for some quick thoughts and a reminder about Tuesday’s workout, the group is dismissed. Another group of less than 20 is set to begin 30 minutes later.

It’s the first year on the head job for Murray, who has been on staff at Southeast for 16 years, most recently as offensive coordinator under former head coach Sean Gray, who stepped down after the 2019 season.

With all the uncertainty brought to his first offseason by COVID-19, Murray is glad to be back with his team in any capacity.

“I’m still learning a lot of the freshmen, and some of them I know and they’re in other groups,” Murray said. “Hopefully in a couple of weeks we’ll actually be able to get out on the field with a ball.”

Murray takes over a team that finished 0-10 last season. The Raiders are set to play a non-region schedule in 2020, meaning Southeast won’t have a shot at the playoffs.

That winless season helps fuel Ramirez during offseason workouts, he said. A freshman on last year’s team, Ramirez says he hopes a strong offseason can lead to an improved season.

“What we’re doing now, it’ll help us in the season,” Ramirez said. “We’re just trying to get better and win some games.”