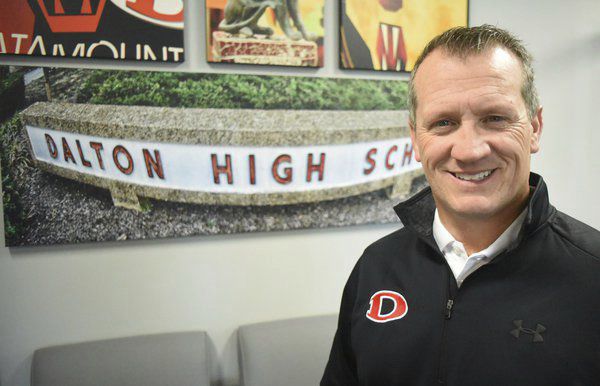 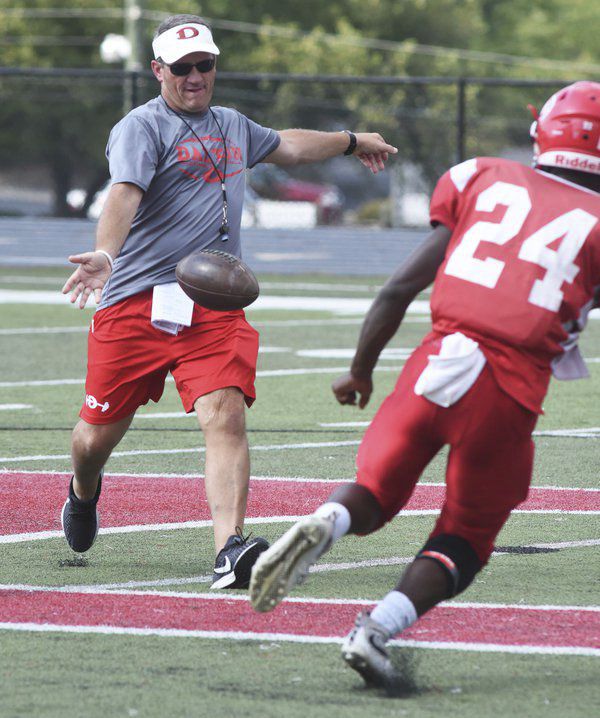 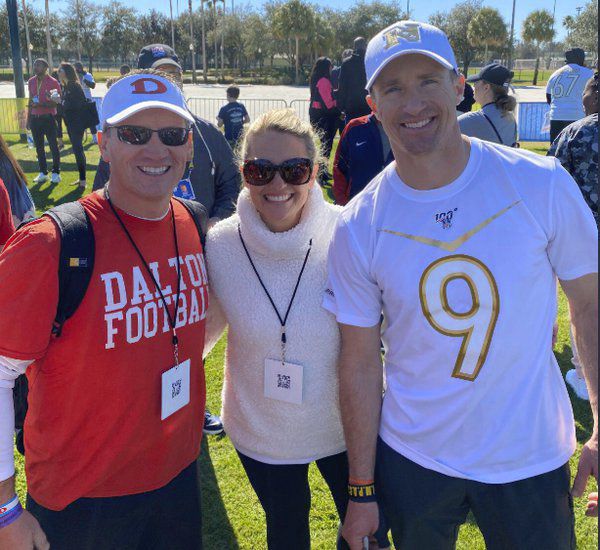 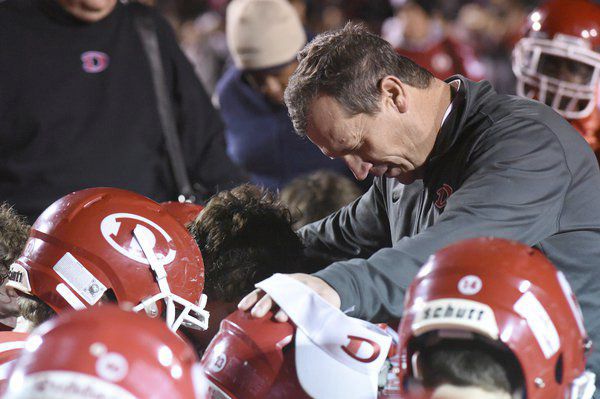 Dalton coach Matt Land leads his team in a final prayer in this file photo.

Dalton coach Matt Land leads his team in a final prayer in this file photo.

Seemingly everywhere Land turned, he was surrounded by someone in the football world -- whether on the professional or high school level. Land, Dalton High School's head football coach, and his wife Amy spent last weekend in Orlando, Florida, as guests of the NFL. He was one of 32 finalists -- one for each NFL team -- for the 2019 Don Shula NFL High School Coach of the Year, an award he won on Sunday and was presented during the Pro Bowl broadcast on ESPN.

The award, named for the winningest coach in NFL history, was created "to honor exemplary high school football coaches for their character and integrity, leadership and dedication to the community, commitment to player health and safety and on-field success," according to the NFL.

Along with the trophy, Land is receiving $15,000 ($10,000 of which goes to the Dalton football program) and a trip to Super Bowl LIV in Miami on Sunday.

He will also walk the red carpet at NFL Honors, a two-hour awards special airing nationwide on Fox Saturday, which is Super Bowl Eve.

Land said receiving the award was a tremendous honor, adding he's been blown away by the amount of support he has received from family, friends, coaches, former players and the community. He was quick to deflect praise of himself, pointing to the people who made winning the High School Coach of the Year award possible.

"This award is going to have my name on it, but it's a program award," Land said. "It's our coaching staff and the time they put in. It's our wives being a part of it. It's our players, the sacrifices they make."

On Dec. 9, the Atlanta Falcons chose Land as its Don Shula High School Coach of the Year. That made Land eligible for the overall NFL award. He was honored at a banquet in Atlanta and was the honorary captain for the Atlanta/Jacksonville game on Dec. 22.

"We are incredibly proud of coach Land for how he has represented his family, school, and the great state of Georgia -- he truly is deserving of being named the Don Shula Coach of the Year," Arthur Blank, the Atlanta Falcons owner and chairman, said in a press release. "Coach Land's commitment to his players and community over the last 10 years is a genuine reflection of his character and further demonstrates the life skills taught in and through football by coaches like him make an impact far beyond gameday."

Another highlight from the trip was speaking to the 31 other coaches.

They talked about challenges they faced at school, on the field and at home. Land found they shared many common experiences.

"There are a lot of things we do as a program that I may say to myself 'Is that just off the shelf? Why do I have us doing that? Is that really that good?' Then you have these collegial conversations and these programs are doing the same things," Land said. "The state champion in Texas is doing those things, the state champion in Minnesota is, too."

Land and his wife plan to fly into Miami Thursday morning. Over the next four days, he will attend a number of NFL-sponsored events. The culmination is the Super Bowl on Sunday featuring the Kansas City Chiefs vs. the San Francisco 49ers. This will be the first Super Bowl Land attends in person.

"I think this will probably ruin every Super Bowl experience I'll ever have after this moment," Land said with a laugh.

How will the $10,000 award money be spent? Land said he has some ideas, which will involve honoring his players and coaching staff. He said the school system does a great job of providing the program's needs, and the Quarterback Club is crucial in meeting the team's wants. But the extra money will allow for something special for the players and coaches.

Land is no stranger to Dalton High School. He's been Dalton's head football coach since 2010. Before that, he was a community coach for the Catamount football team for 17 years. Land is a Dalton native and former Dalton football team captain who graduated from Dalton High in 1988. After walking on to the Auburn football team and graduating with a degree in aerospace engineering, Land returned home.

Now, the High School Coach of the Year award gives Land an even larger platform to brag on his hometown.