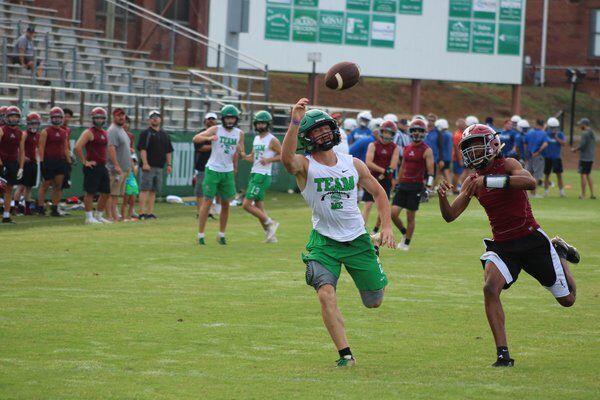 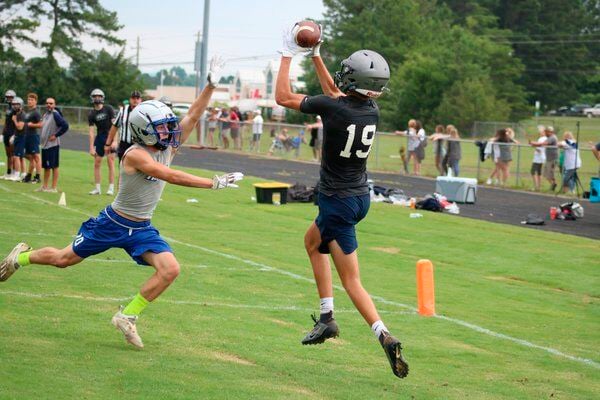 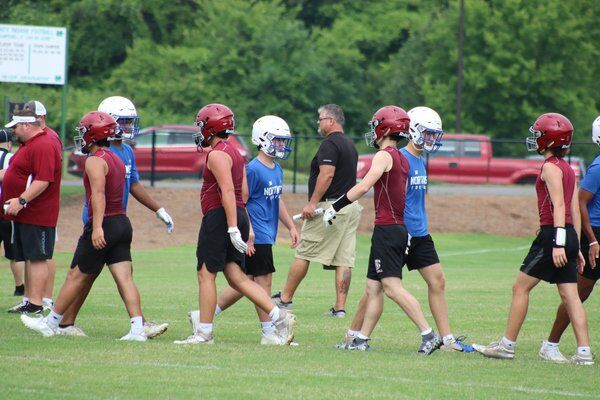 Football players from Northwest Whitfield and Southeast Whitfield high schools shake hands after a game in a 7-on-7 competition at Murray County High School Friday. 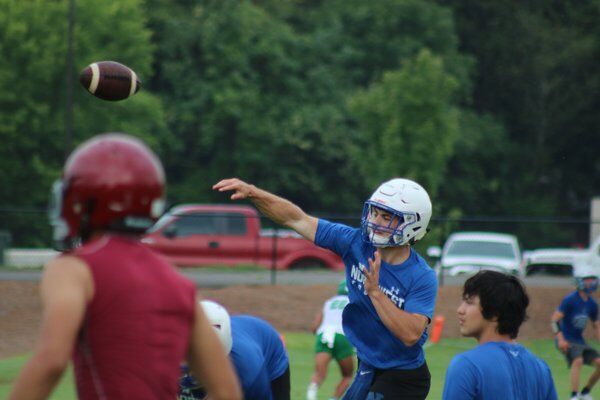 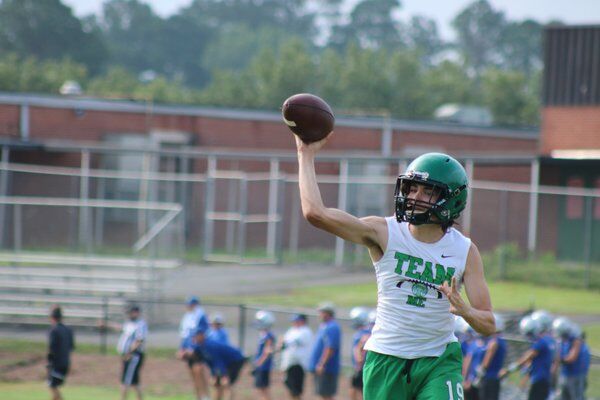 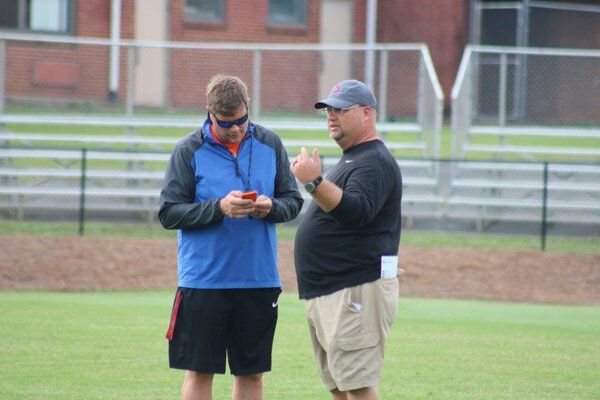 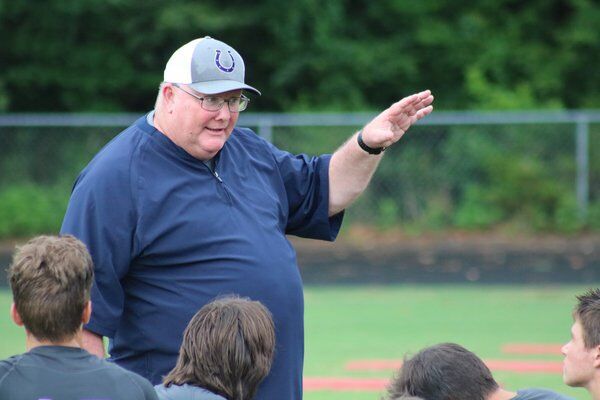 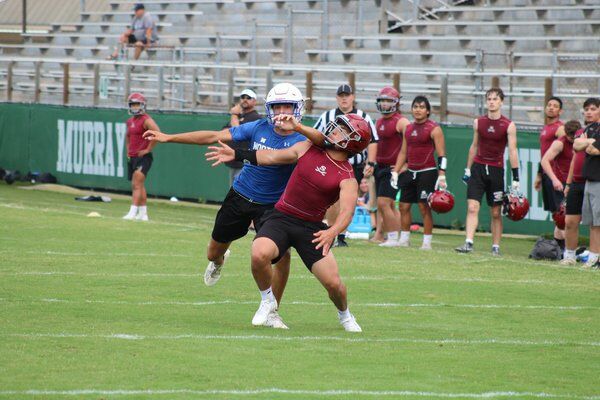 Football players from Northwest Whitfield and Southeast Whitfield high schools shake hands after a game in a 7-on-7 competition at Murray County High School Friday.

CHATSWORTH — Chad Brewer, the Murray County High School head football coach, glanced to the darkening sky as a 7-on-7 event wrapped up at the school on Friday morning.

"When I went to bed last night, it looked like it was going to be some terrible weather this morning," Brewer said. "It's proof that the good Lord loves football, right? We woke up this morning, and it's all north of us."

Skill position players from several schools streaked across the game and practice football fields in Chatsworth, working on beating both their opposing defensive players and the rain. Quarterbacks were up against a four-second countdown — which replaced the usual rush of front-seven defenders that are absent in 7-on-7 competitions — to find open receivers.

Scorekeeping was optional as teams battled on alternating possessions starting 40 yards from the goal line in 30-minute games. Each team played three games.

Joining Murray County in trying to get better at the event on Friday were skill players from Coahulla Creek, Northwest Whitfield and Southeast Whitfield. Visitors from Fannin, Gordon Central and Ringgold's Heritage also made the trek. Brewer said 7-on-7 competitions can't provide a full picture for a football team without a live defensive rush or running plays, but helpful observations can still be made going forward into the season.

Murray County's Tyson Leonard, who saw spot starting duty last year at quarterback in time missed by then-starter and departed senior Kaleb Jones, bombed a few long touchdowns. Coahulla Creek wide receiver Justin Baker made a pair of long touchdown receptions in a game against Gordon Central, making a mid-air adjustment on one while safely landing just inside the boundary stripe in the end zone.

Friendly competitions between schools are often a staple in offseason work for football programs, but they were one of the many changes brought on by last year's COVID-19 outbreak as workouts and practices were more heavily-regulated and interactions between schools was limited.

"Coaching is just a big community of friends," Brewer said. "We're not friends on Friday night, but I think all the coaches understand how important this stuff especially this year after COVID."

Friday's event was a return to something more resembling the pre-pandemic normal, even down to team-wide handshakes after competitions that were absent during the 2020 season.

Christian Heritage's program wasn't at the Murray County event on Friday, but they've been active in 7-on-7 circuits in the offseason too.

Brewer said his Indians have progressed since spring practice earlier in the summer, which was another COVID-19 casualty for football programs last offseason.