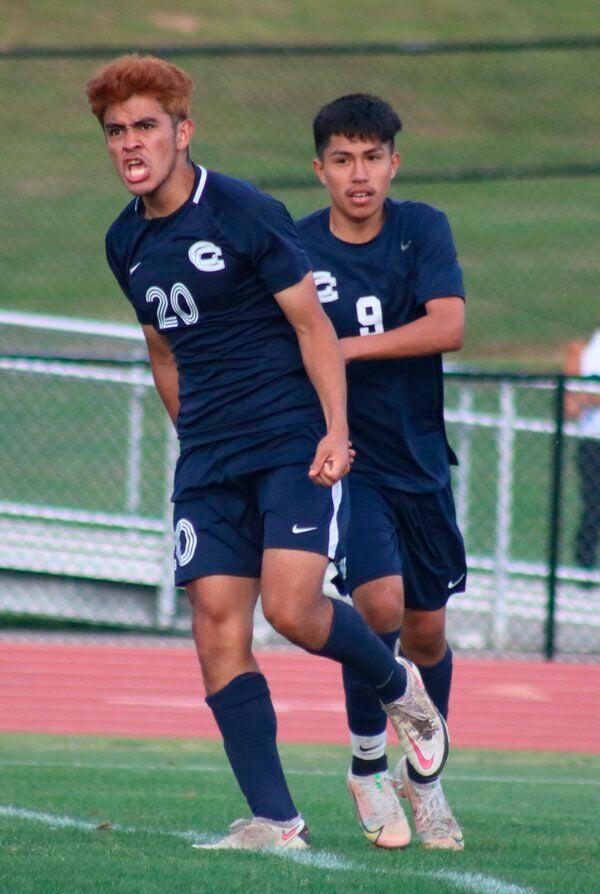 Coahulla Creek High School's Jaime Mendiola pumps up the crowd after scoring a goal in a 6-1 win over Greater Atlanta Christian in the Class 3A Final Four. 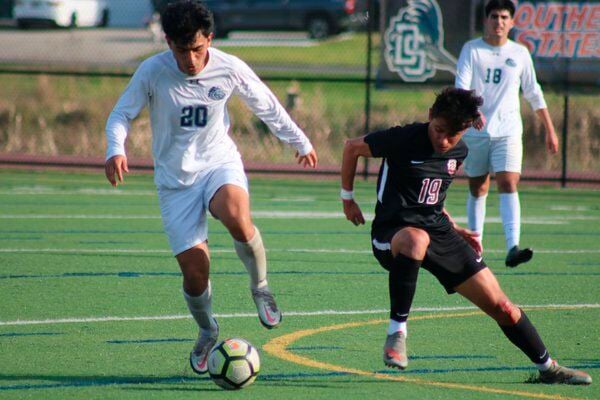 Coahulla Creek High School's Jaime Mendiola pumps up the crowd after scoring a goal in a 6-1 win over Greater Atlanta Christian in the Class 3A Final Four.

Jaime Mendiola spent the first three seasons of his soccer career at Coahulla Creek High School as a defender.

He still managed to score double digit goals in his last full season at the position as a sophomore, but he was excited to show what he could do offensively when he moved to midfield ahead of his senior season.

"I wanted to show off my goal-scoring," Mendiola said. "Just to show that I could get into my spot and just have a strike from anywhere. I was never really up front before. I think that proved I could score goals."

Mendiola certainly proved his scoring ability in 2021 as a senior. The North Carolina State signee, playing in the position he expects to play in college, piled up 39 goals and 12 assists as he helped lead the Colts on their run to the Class 3A state championship.

For his stellar season, Mendiola has been named the 2021 Daily Citizen-News All-Area Boys Soccer Player of the Year.

"I'm really honored," Mendiola said after being informed of the award. "There's some really great players out there that we played against. In the area, with three state champs."

For Mendiola, that state championship was a long time coming.

Mendiola came into high school at a time when Coahulla Creek's soccer program wasn't having the same success that it would find by the end of Mendiola's career. The Colts finished 6-9-1 in the season prior to Mendiola's arrival.

"My friends and I coming in for our first season, it makes you want to move schools coming into a program that isn't succeeding," Mendiola said. "But we got there, and it wasn't so bad."

Not bad at all, thanks in part to Mendiola. He and the Colts reached the state playoffs in his freshman season, then made it all the way to the state finals the next year.

There, they met Westminster, which defeated the Colts to win their third straight championship.

From that point, the mission became to get back to the state championship again and win. Mendiola and the Colts just had to wait a little longer to do it.

"Junior year, we just wanted to replicate that season, but then COVID happened," Mendiola said. The latter half of the 2020 season and the playoffs were called off because of COVID-19.

"Knowing that it canceled our season was heartbreaking," Mendiola said. "My senior year we knew we needed to do something big."

The Colts did. With Mendiola's new role leading the way, Coahulla Creek dominated on offense. The Colts finished their Region 6-3A schedule at 8-0, and they won all of those games by a 10-0 mercy rule shutout. After navigating through the playoffs, Mendiola and the Colts found Westminster waiting for them again. After the regulation ended in a 1-1 tie, with the Colts playing a man down for much of the second half, Mendiola hit a go-ahead penalty shot in overtime to deliver the Colts a victory.

"I hold myself to a standard. For me to not bring a championship to the school, I would have felt like I wasn't good enough for my years," Mendiola said. "Beating Westminster, one of the top teams with the reputation they hold, is even more satisfying. For all the work you put it, finally being able to get a state championship is like the cherry on top. The way we did it was insane. I'll never forget that moment."

In the 3-1 state final game, Manny Arredondo and Ronaldo Medina also tallied a goal apiece. Both were fellow seniors with Mendiola.

All three entered high school together, and the three helped change the soccer culture at Coahulla Creek. From Arredondo's spot in the midfield and Medina's position up front, the trio formed a potent offensive combo in 2021.

The three combined for 94 goals and 48 assists, often pinging passes to each other in tight spaces to help set up easy looks for one of the three.

"Those are the kids I grew up with," Mendiola said of his senior teammates. "We were always out playing together. I always knew we'd have chemistry just working together. We'd hold each other accountable for each others' mistakes. To be able to do it with those guys I grew up with is insane."