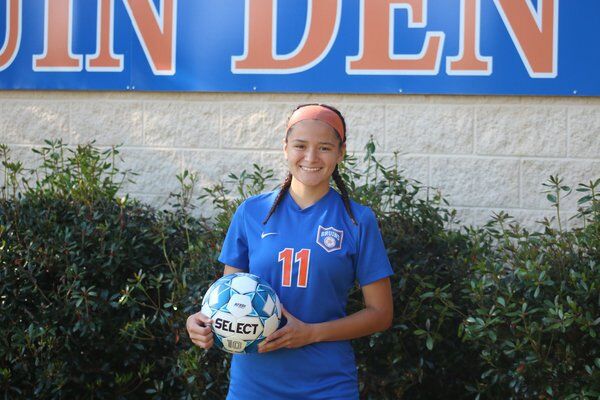 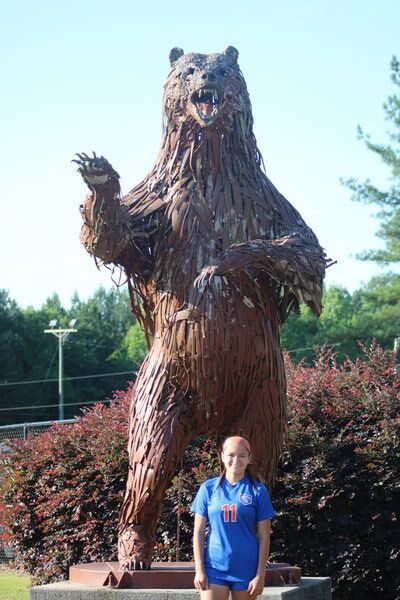 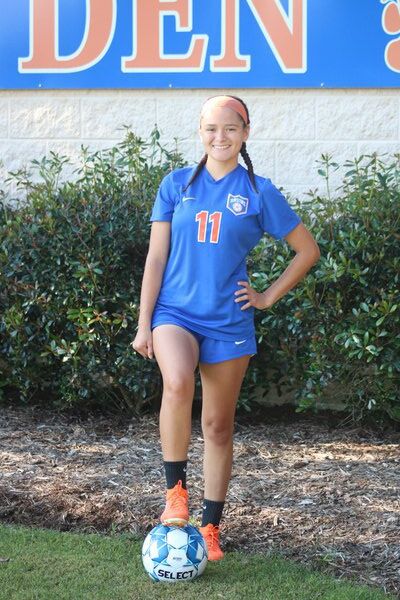 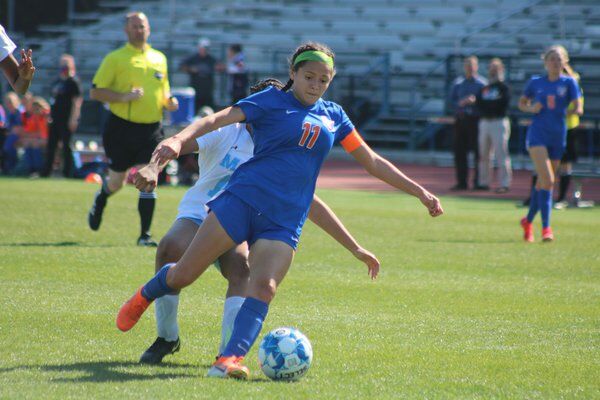 As a freshman four seasons ago, she set a school record with 41 goals in a season, one that still stands.

But, to take her game, and the Lady Bruins, to the next level, Martinez knew she had to round out her skill set.

That freshman campaign netted her the 2018 Daily Citizen-News All-Area Girls Player of the Year award, but her senior season was more special, for her and the Lady Bruins.

"Her freshman year, she felt like she had to do everything, because that's what she did growing up," said Northwest head coach Amanda Moore. "This year, she just grew as a player. She wasn't hogging the ball."

Not to say she couldn't still rack up goals.

In 2021, Martinez was off that goal total that she set in her freshman year — by just one. Martinez scored 40 goals but also dished 10 assists, leading Northwest to their best season in program history. The Lady Bruins reached the Final Four before bowing out to eventual runner-up Marist, becoming the first girls program from Whitfield County to make a run that deep into the state playoffs.

Martinez has been named the 2021 Daily Citizen-News All-Area Girls Soccer Player of the Year, her second time taking home the award.

"I've worked so hard to achieve what I have," Martinez said. "It means so much to me to be player of the year."

Moore, who was an assistant for the first three years of Martinez's Northwest career and the head coach for the last, said Martinez's game has grown beyond what her stellar numbers show since that freshman campaign.

As the talented scorer got older, the Lady Bruins needed more leadership.

"At the beginning of the year, I set her down and said 'I think we've really got a chance to go far this year,'" Moore said. "I said for senior leadership, she had to step up. We only had five returning varsity players with experience."

Martinez and Northwest had a strong team in 2020 with several seniors, but the latter portion of the season was canceled due to COVID-19. Moore said part of the motivation for the 2021 Lady Bruins was to deliver on the chance that they were given but the previous team wasn't.

"We were kind of an all new team," Martinez said. "Towards the middle, we started to get a hang of each other, and that helped us make it to the Final Four."

Both Moore and Martinez described the beginning of the 2021 season as rocky, but that didn't show up much in their record.

After a season-opening draw with Allatoona, Northwest got three straight shutout victories.

Also toward the middle of the season, Martinez began approaching a milestone that also likely could have come in the shortened 2020 season, if given the chance.

"When I told Jai that she was close to getting 100 goals, she wanted to get it and the team wanted her to get it," Moore said. "It was just an unselfish team."

Martinez did that in a game at Dalton, and those teammates mobbed her in celebration.

The Lady Bruins finished the regular season undefeated and only allowed a single goal in their six Region 7-4A contests. A stout back line held other teams off the scoreboard, while Martinez lit up the Northwest side.

The season ended with a shutout defeat in the Final Four to Marist, the first loss of the season for Northwest as the normally-stingy defense couldn't slow down Marist and Martinez and the Lady Bruins' offense couldn't keep pace.

Part of Martinez's success in 2021 could be attributed to another scoring threat sharing the front line with her.

Teams couldn't key in on Martinez, because there would go Vanessa Coronel, a lightning-fast forward that was often on the receiving end of some of those Martinez assists. Coronel scored 29 goals, also dishing 15 assists, many of which came right back to Martinez.

Martinez's time in the Lady Bruin blue and orange ended in 2021, but she'll stick around the local soccer scene.

She's set to play at Dalton State College next season.

"I'm working so hard to win my position there," Martinez said.