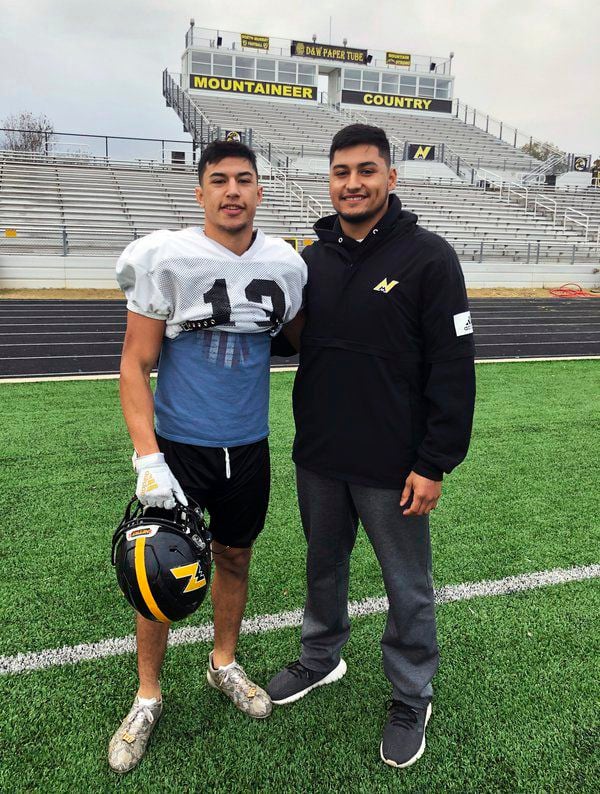 North Murray High School's Alex Pulido, left, has followed in the footsteps of his brother Fernando as a defensive back for the Mountaineers. Fernando is now a volunteer coach for the team. 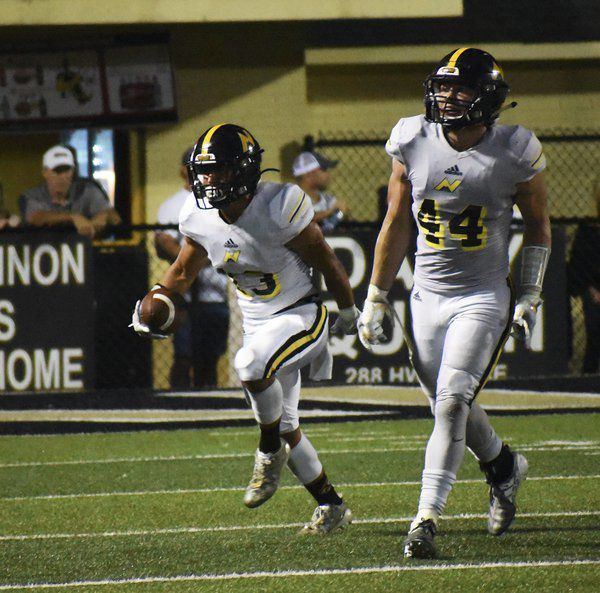 North Murray High School's Alex Pulido, left, has been just one piece of this year's senior class to lead the Mountaineers to their first region title in school history.

North Murray High School's Alex Pulido, left, has followed in the footsteps of his brother Fernando as a defensive back for the Mountaineers. Fernando is now a volunteer coach for the team.

North Murray High School's Alex Pulido, left, has been just one piece of this year's senior class to lead the Mountaineers to their first region title in school history.

CHATSWORTH -- North Murray High School's Alex Pulido has always had someone to look up to. So much so that Pulido wears the same No. 13 jersey his older brother Fernando did when he was a Mountaineer.

"Me and him have always been really close ever since we were little," Alex said. "He's always been there to watch over me, and he's my role model."

Alex, now a senior, was a freshman the year that Fernando graduated. The two share similar positions as defensive backs, while Alex also plays running back and his brother tacked on duties as a wide receiver.

While the duo never played together at North Murray except for maybe on special teams, they did practice with one another and shared the same desire to win. During Fernando's senior season in 2016, the Mountaineers went 8-4 and fell in the second round of the Class 3A playoffs.

In some ways, Alex has already surpassed his brother, serving as one piece of this year's boisterous senior class that has led the team to a 9-1 record and an unblemished 8-0 record in Region 6-3A -- claiming a region title for the first time in school history.

The Mountaineers begin their run in the postseason tonight when they host Monroe Area for a first-round game, and Fernando hasn't missed a beat with his younger self. After taking Alex's sophomore year away from North Murray football, he returned as a volunteer coach for the Mountaineers last season.

"He's always been the one to pull me aside to give me advice, in individual stuff or team stuff," Alex said. "Even now, he still does that. It's like he's never left."

Fernando said after he had desires to pursue playing football in college, things just weren't meant to be at the time. Yet, he wasn't ready to move on from the sport.

"I guess he was the reason I came back," Fernando said. "I felt like this was the best way to stay involved, and I watched his class grow up. All of them are like my family in a way."

Fernando, a business student at Dalton State College, said he mostly helps out on the junior varsity level, but keeps an eye on Alex, of course.

"It's cool he's been able to make time for this," Alex said. "He treats everybody the same, so I love that I get to have him here along with my teammates."

Alex now has dreams of doing more with his senior season.

"We just have to take one game at a time," he said. "Every game, we have to play like it's our last."

For Fernando, the experience had been a joy -- especially to see his little brother wearing that No. 13 jersey.

"I feel so happy for him when he makes a good play and to see him out there," he said. "I mean we're family.

"I probably push him harder than the rest, but I know he has it in him. I guess I did something right if he wanted my number."