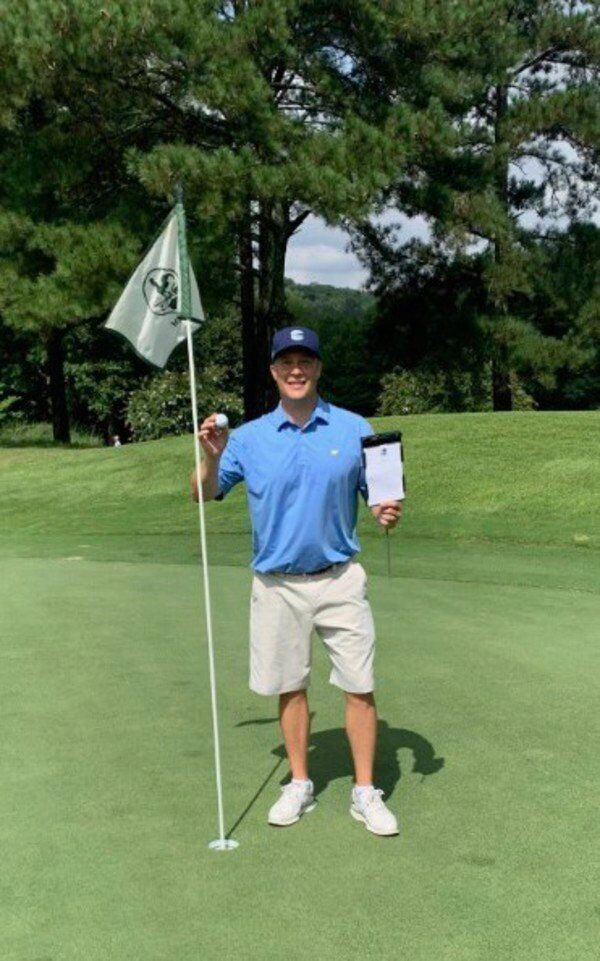 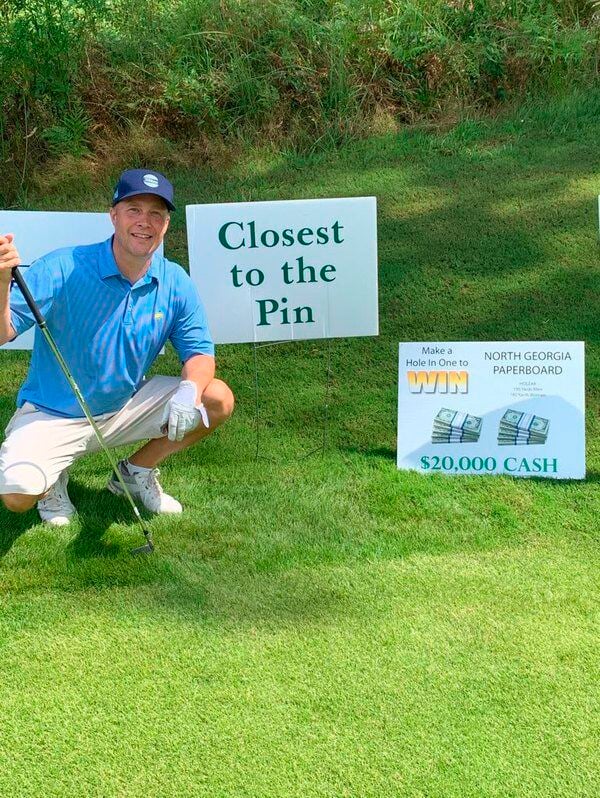 When Dan Peeples arrived at the Fellowship of Christian Athletes charity golf tournament at The Farm in Rocky Face on Aug. 16, he figured he'd play golf with some friends, have a good time and support a good cause.

"I've played in hundreds of golf tournaments," said Peeples, vice president at Julian Peeples Funeral Homes and a former mayor of Varnell. "A lot of them have these giveaways, but nobody wins them. I finally saw someone do it, and it was me."

Peeples and his group of three friends arrived at the eighth hole at The Farm, a 205-yard par 3, at the tournament where they learned of a closest to the pin challenge at the hole -- as well as a prize for a hole-in-one.

"I've been playing golf for like 25 years of my life, and I've never gotten a hole-in-one before," Peeples said. "I figured if I did, it'd be me by myself late in the afternoon out there."

Instead, his three friends all teed off, then watched Peeples hit the shot of his life.

He grabbed his 4-iron and swung.

"I hit it, and it was going straight as a pencil, right at the flag," Peeples said.

Peeples watched the ball hit about 10 feet from the green, bounce twice and start to roll. Then, it disappeared.

"It was so far away, that you can't tell," Peeples said. "I ran over to the cart to get my range-finders. I scanned left and right, and I was like 'Guys, there is no ball on the green.'"

Trying, mostly unsuccessfully, to stay calm, Peeples walked up to the hole with a tournament official.

As he approached, still not seeing the ball anywhere above-ground, Peeples began to celebrate.

"He walks up there with me, pulls it out of the hole, and said congratulations. You've just won $20,000," Peeples said. "When I looked and I saw that Titleist No. 2 down in the bottom of the cup, my heart just dropped. I've never won anything like that in my life. I was just awestruck."

He and his friends were shepherded away to sign official papers swearing Peeples' miracle shot did indeed go in. After a few weeks, with the deductions for taxes, Peeples will receive a check for his winnings.

The hole-in-one, of course, meant that Peeples' shot was also closest to the pin. He was also entitled to the $250 prize for that competition, but he donated it back to the local Fellowship of Christian Athletes chapter.

As for the larger sum of prize money, Peeples already has a couple of plans for how he'll use it.

"My family's always had a dream vacation," Peeples said. "I want to go to one of those all-inclusive resort in the Caribbean islands and be able to get one of those really nice rooms with like a butler."

"If that doesn't work out, I'm going to take those three buddies I played with, and we're going to go to the Super Bowl."