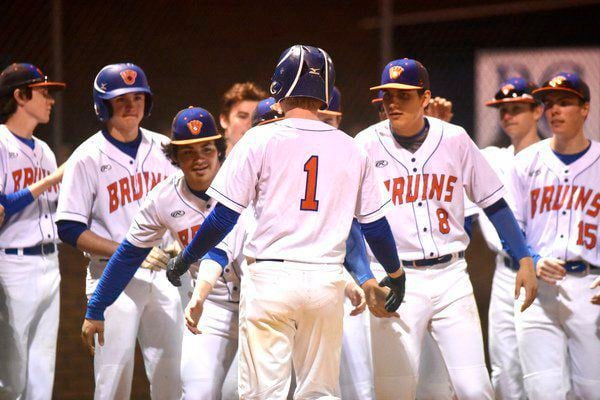 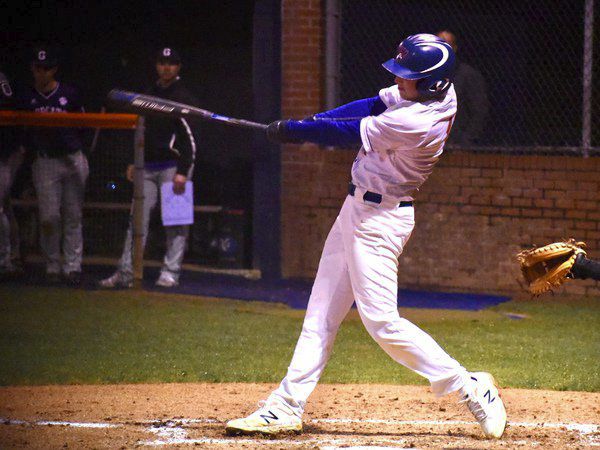 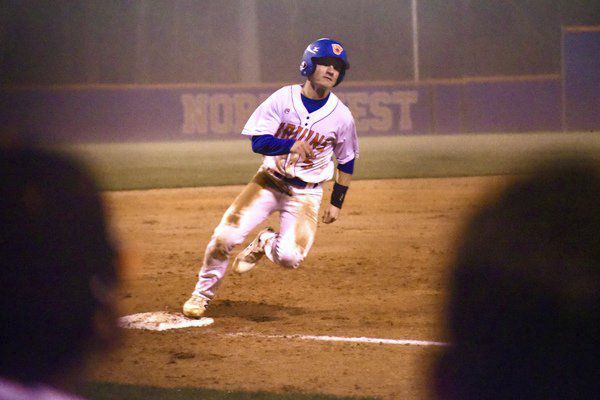 TUNNEL HILL — The first two times Northwest Whitfield High School baseball's Hank Bearden stepped to the plate Thursday night were so successful the opposition decided not to even let him get a crack at a third.

That first plate appearance in Northwest's 4-2 win over Gilmer High School was a solo home run over the right field line. The second stayed in play — barely — but allowed Matt Redmond to motor around the bases from second and score.

With two runners on base in the fifth inning and the score tied at 2-2, Gilmer intentionally walked Bearden, loading the bases and leading directly to a Daiman Banta sacrifice fly that brought home the go-ahead run.

"At first it's a little bit sad. You always want to hit," Bearden said of the intentional walk. "It's a little bit of a self-confidence boost too, because they do it out of respect."

"He's been struggling a little bit and pressing a little," Northwest head coach Todd Middleton said of Bearden. "Finally this week in practice he kind of got in a groove a little bit and figured things out. Hank came up with a couple of big hits tonight.

Gilmer struck first in the first inning, as a Northwest pitch struck a Bobcat batter with the bases loaded. After Bearden's homer, Gilmer tallied another run in the second, as a Jess Buckner hit dropped just behind the infield, sending home a runner from third.

After that score, Northwest pitcher Keaton McQuaig clamped down on the Gilmer attack. The sophomore pitched six innings, striking out 10 and walking six. Bearden relieved McQuaig in the seventh, striking out two and forcing a pop-up fly to end the game. The Bruins tallied nine hits, allowing Gilmer just two.

"We've been in kind of a hitting slump lately, but this game I think we figured out something," Bearden said.

A Redmond single in the sixth allowed McQuaig to reach home, putting up an insurance run for Northwest.

Redmond finished 3-for-4 at the plate, with three singles. McQuaig also managed a double in the sixth inning. On the mound for Gilmer, Buckner struck out four and walked three.

After a 1-6 start to the season, Middleton was proud to see his team put together a win.

"We hadn't been scoring runs, and that was still a little bit of a struggle tonight," Middleton said. "I'm just happy to get a few runs and win."