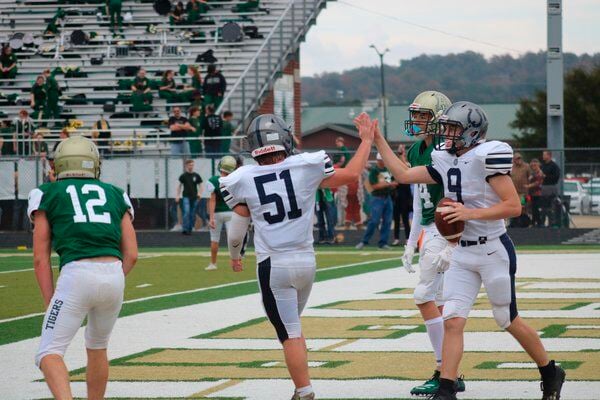 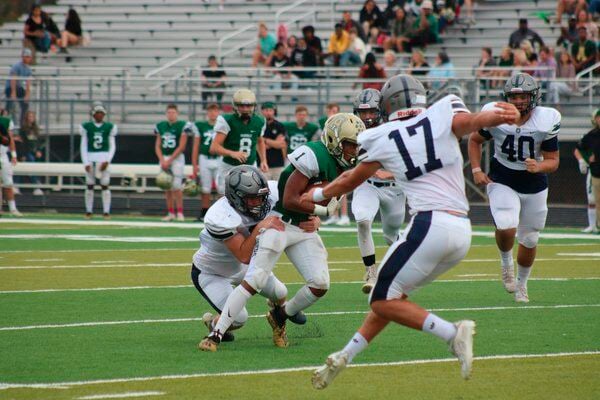 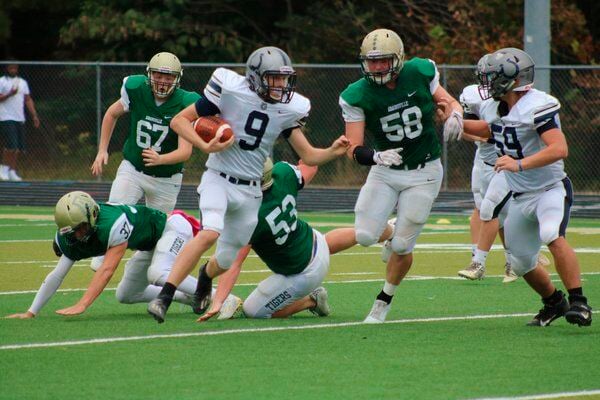 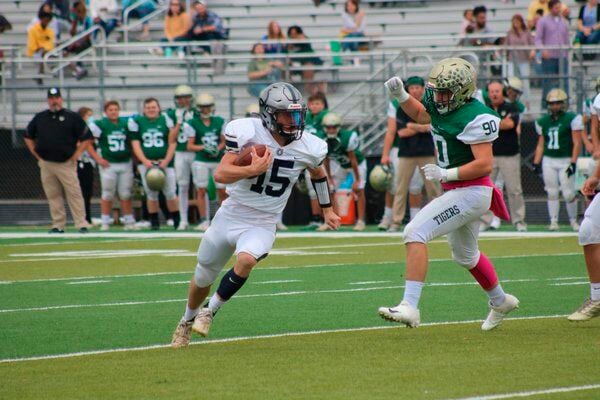 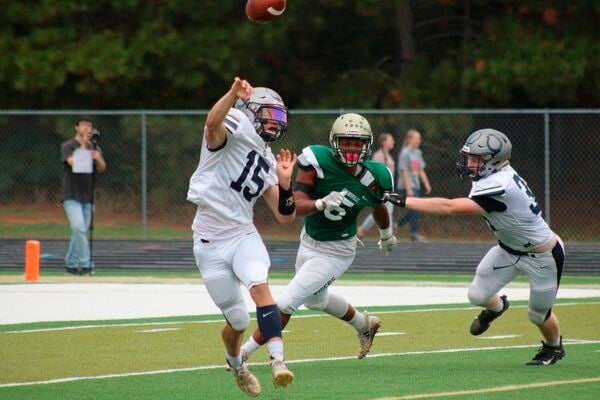 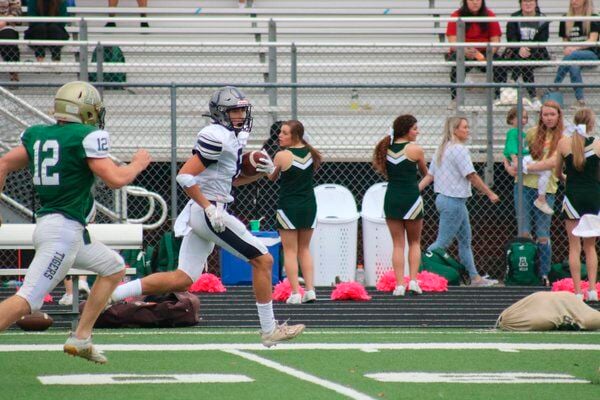 Coahulla Creek High School's Manny Dominguez sprints down the sideline after making a catch during a 42-14 loss at Adairsville Saturday. 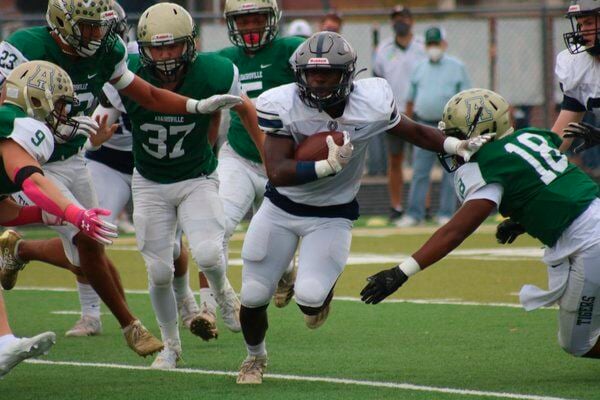 Coahulla Creek High School's Manny Dominguez sprints down the sideline after making a catch during a 42-14 loss at Adairsville Saturday.

ADAIRSVILLE — Saturday afternoon's road game at Adairsville High School was the third game in eight days for Coahulla Creek, and it showed.

“That’s no excuse for us,” Coahulla Creek head coach Danny Wilson said of the short rest. “We didn’t show up to compete today, and that’s on me.”

After playing a game Oct. 16, Coahulla Creek played a game Tuesday against North Murray that was postponed earlier in the season. The Adairsville game was bumped from Friday to Saturday to give the Colts a little more rest.

On Saturday, Coahulla Creek allowed seven points in the first quarter and moved the ball on offense, but it was in the second quarter that Adairsville made the most damage.

The Tigers scored 35 in the period. Coahulla Creek had three consecutive drives where they went three-and-out. Due to a couple of short punts, the ball never left Creek's side of the field.

Adairsville pulled their starters on their last drive of the half.

Before those starters were pulled, running back Courtney Slocum ran for 54 yards and a touchdown on just five carries, and quarterback Connor Crunkleton ran for two touchdowns and passed for another. Crunkleton completed five of six passes for 86 yards and the score, a 37-yarder to Charlie Ray.

“They just came out and took care of business,” Wilson said of Adairsville.

The Colts scored twice in the second half as the two teams played out the game with a running clock.

Karim Bradley scored on an eight-yard run to get Coahulla Creek on the scoreboard, then quarterback Kace Kinnamon hit Justin Baker for a 48-yard touchdown pass in the fourth. Kinnamon was 6-for-12 for 165 yards with a touchdown and interception.

“We were able to execute some things and compete a little bit more in the second half,” Wilson said.

The loss drops Creek to 0-4 in Region 6-3A play with four region games to go. Adairsville is 3-1 in the region.

Wilson said his team will get a little rest after the stretch of three games, but they can’t afford to rest long.

“Playing on Saturday, Monday isn’t going to be a normal practice,” Wilson said. “We’ve got a game Friday though, and we’ve got to get ready for it.”

That game is against LaFayette, which the Colts host Friday night at 7:30.