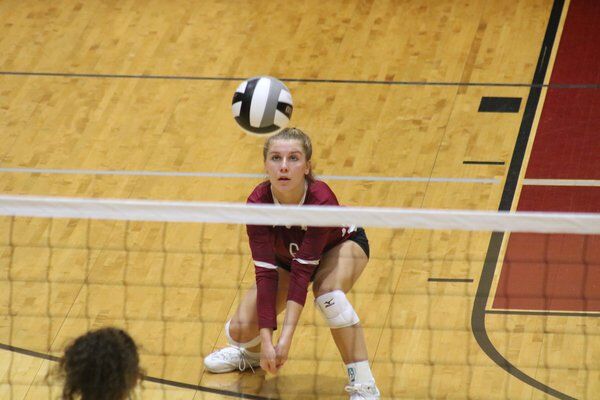 Christian Heritage School's Amelia White concentrates on the ball in a game against Dalton. 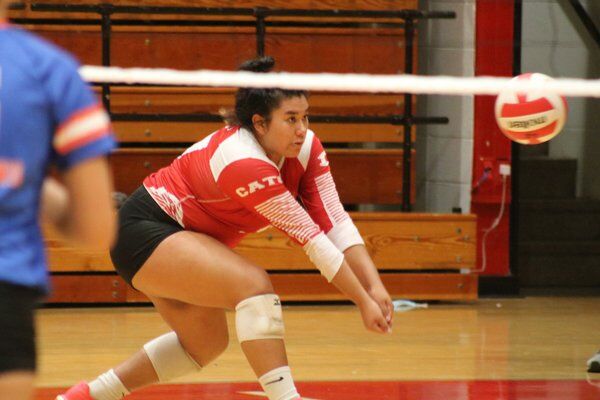 Dalton High School's Searany De La Cerda makes a play on the ball in a game against Northwest Whitfield.

Christian Heritage School's Amelia White concentrates on the ball in a game against Dalton.

Dalton High School's Searany De La Cerda makes a play on the ball in a game against Northwest Whitfield.

Despite being among the best players on their high school volleyball teams, Dalton's Searany De La Cerda and Christian Heritage School's Amelia White often are — technically — on the bench to start each of their teams' matches.

The two play the defensive specialist libero position — the one that requires a jersey colored differently than the rest of the team. De La Cerda and White will stand alongside the rest of the teams' substitutes as the initial lineups are checked. Then, as the libero replacement is identified, the two will enter the game before it starts to take their position in the back row, where they can now be subbed in and out.

As liberos, the two aren't allowed to rotate to the front row or leap into the air to slam the ball over the net for a point. But, the defensively-focused players make their impact.

All those quick reactions and dives have piled up. Both recently crossed the 1,000 dig mark for their career, White on Aug. 26 against North Murray and De La Cerda on Sept. 12.

"I actually didn't know, so it was a surprise," said White. "It was really awesome, because my team all came out and were celebrating with me. It was a really cool moment to have especially during my senior year."

The game was stopped, and White was presented with a commemorative framed jersey with her number six and "1,000 career digs" printed on it.

De La Cerda said her coaches told her when she was nearing 1,000.

"I didn't know I was close until I only needed like 30 digs to do it," she said. "I didn't know either that I was going to become the first person at Dalton High to get to 1,000."

Because of the importance of their usual position — players in defensive positions are often leaned on to keep the other team from scoring while making sure to direct the ball to give a teammate a good look — both De La Cerda and White relish the role.

"You have to be a strong teammate, because that's kind of where everything begins," said De La Cerda.

The senior has been playing volleyball competitively since she was in sixth grade and has been the starting libero for Dalton since she was a freshman.

White has played other positions too, even on the front row, but has excelled since the move to the back.

"I'm glad that (head coach) Tori (Malone) moved me there, because I feel like I've been able to help a lot more than when I was on offense," White said.

"I love being there for my teammates and being able to help run a good offense," White said.

"You have to be a good captain to succeed at the position," De La Cerda said.

The two have led their teams well so far.

Both Christian Heritage and Dalton reached the state playoffs last year, with the Lady Lions making their first ever trip to the playoffs.

With the regular season winding down, each team is in position to compete for a return trip.