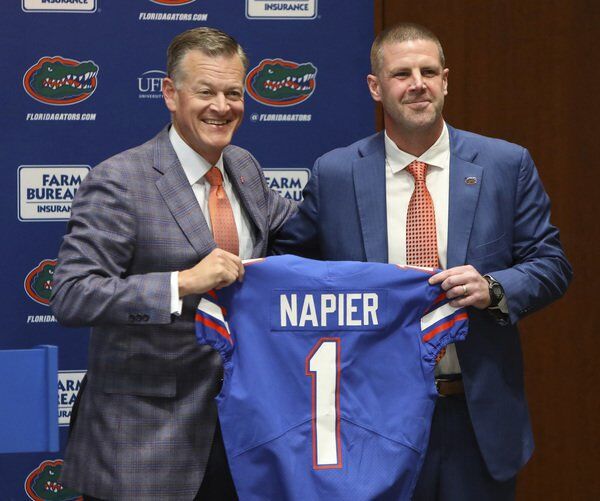 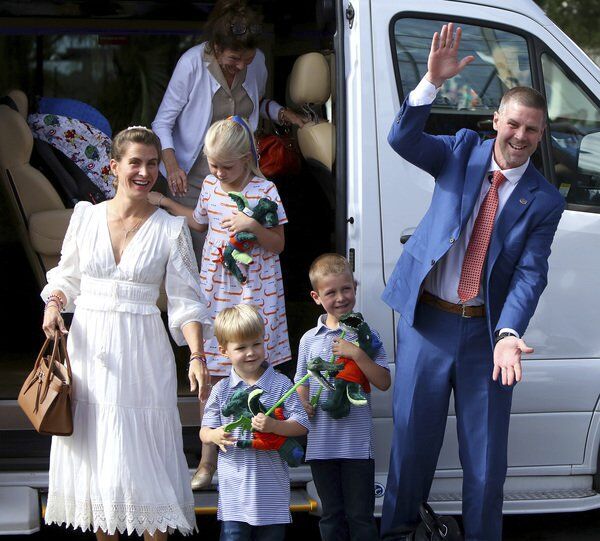 New Florida football head coach Billy Napier gestures to fans as he and his family arrive at Ben Hill Griffin Stadium in Gainesville, Florida, on Sunday. 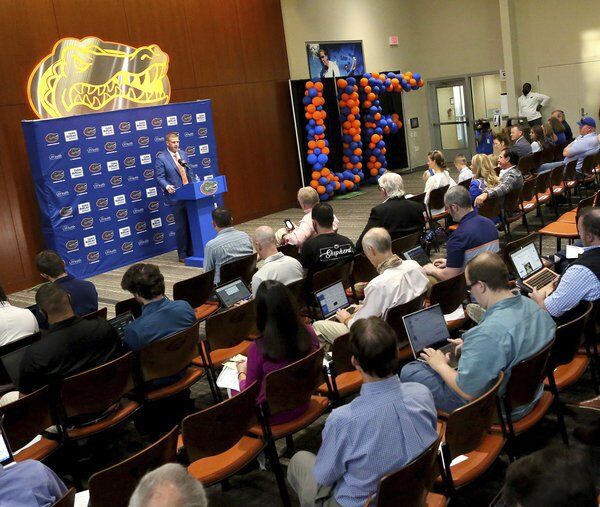 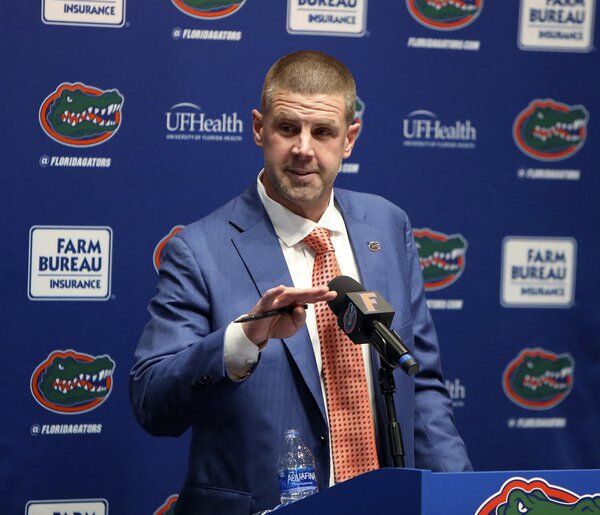 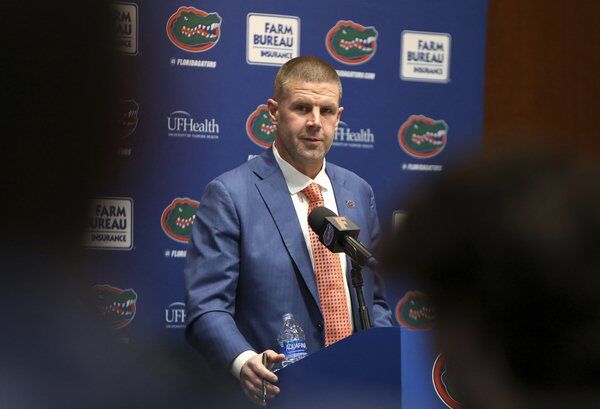 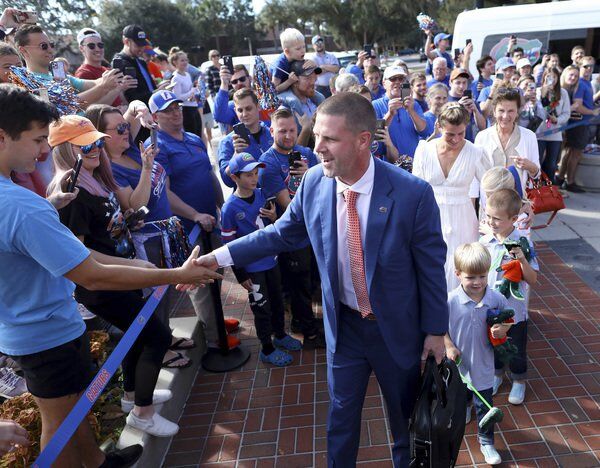 New Florida football head coach Billy Napier gestures to fans as he and his family arrive at Ben Hill Griffin Stadium in Gainesville, Florida, on Sunday.

Napier, a former Chatsworth resident who graduated from Murray County High School, had close to 40 analysts at Louisiana-Lafayette and could end up with even more in Gainesville. In addition to a $7.5 million annual budget for 10 assistants, Napier got a $5 million pool to build a support staff that includes analysts.

His vision for Florida – and athletic director Scott Stricklin’s willingness to make it a reality — stood out during Napier's formal introduction Sunday.

Napier and his family arrived to a sea of orange-and-blue clad fans at the airport, and more waited for him to step out of a van outside Florida Field. It was all a bit surreal for the 42-year-old coach, who has been one of college football's rising stars in recent years.

“These jobs will chew you up and spit you out if you let them, right?” he added later. "I think we’ve got to keep perspective. We got to have balance. That's one of the reasons that I believe in the infrastructure that we’re going to create. ... It'll be the most difficult early, but once we get this machine up and running, I think we’ll be able to have some pace to life where we can enjoy.”

Napier took the job without having toured Florida’s campus, its football facilities or the Swamp. His last trip to Gainesville came in 2011 as an analyst at Alabama, which rolled the Gators 38-10. Napier remembers it well because it was part of one of the most influential seasons of his coaching career.

“In that one year, I think I learned more than I learned in the previous 10,” he said.

Napier got an up-close look at how legendary coach Nick Saban built and ran Alabama’s program, and he plans to model much of Florida's ways after the Alabama powerhouse.

Stricklin made it clear he’s open to the changes that are coming, no matter the cost.

“He gives such a compelling reason to why these things are going to help make the Gators better,” Stricklin said. “It’s not just, ‘Hey, we need this because.’ It was, ‘We need this because’ and then he goes through a detailed plan of what the pieces are, how they fit together and why that’s going to matter.

“When someone can explain why they need resources, it makes it really easy to want to invest in that.”

Napier signed a term sheet Sunday that outlines key points in his seven-year, $51.8 million contract. He will make $7.1 million in his first season and get a $100,000 raise annually before each of the remaining six years.

His deal also includes annual performance bonuses that could total up to $1.5 million more. Napier gets a $100,000 signing bonus to help with moving expenses, two luxury cars, 16 tickets to every home and away game, 18 seats in a suite for home games and use of the University Athletic Association aircraft for personal use that's valued up to $70,000 a year.

The Gators will pay Napier’s $3 million buyout to Louisiana-Lafayette. His contract is 85% guaranteed, meaning he would get that percentage of what remains if Florida fires him without cause. Napier, meanwhile, has a sliding buyout to leave Florida — the figure starts at $7 million before Dec. 31, 2022 and drops each thereafter.

“The market is what the market is, unfortunately,” Stricklin said. “If Billy’s as successful as I think he’s going to be, we’re never going to have to have a conversation about buyouts. But, obviously, those things are in there for a reason.”

Napier went 40-12 in four seasons in Lafayette, including 33-5 the past three years. His time there culminated with a Sun Belt championship.

He called Florida's offer “the right place at the right time, with the right people and the right leadership.”

It could end up being a lot of people, too. But the Gators are close to opening an $85 million football facility that will be able to house a much larger work force.

“We might have to go build some barracks, right?” Stricklin joked. "He has the right vision. He’s the right person. I love the character that he displays, the humility he displays, but he also has a plan. He’s very thoughtful. He knows what’s he doing there.”