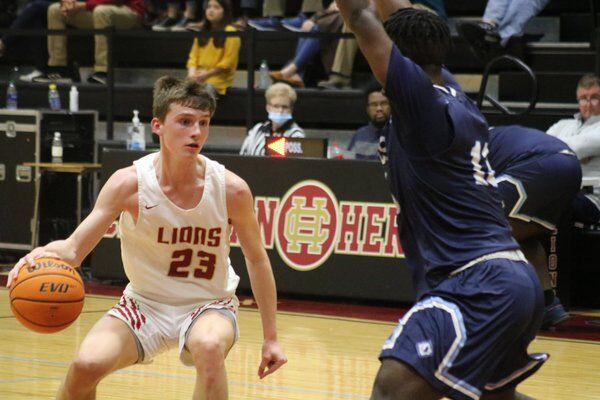 Christian Heritage School's Jax Abernathy looks for room to drive in a 75-48 win over North Cobb Christian on Tuesday. 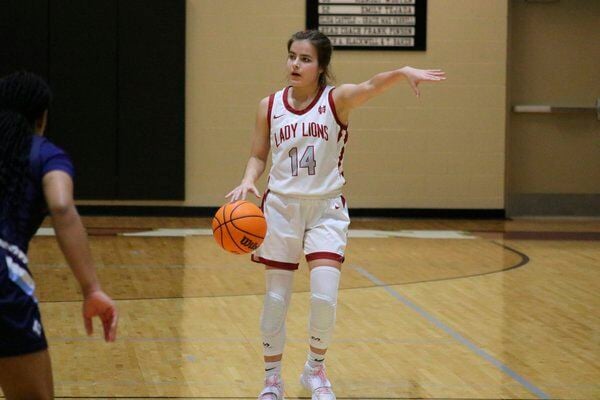 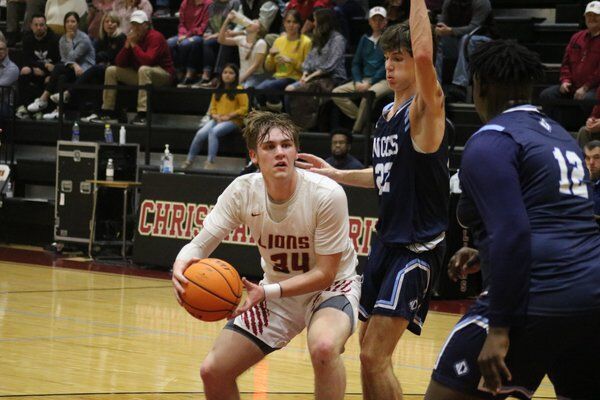 Christian Heritage School's Nash Bingham looks for an open teammate in a 75-48 win over North Cobb Christian on Tuesday.

Christian Heritage School's Jax Abernathy looks for room to drive in a 75-48 win over North Cobb Christian on Tuesday.

Christian Heritage School's Nash Bingham looks for an open teammate in a 75-48 win over North Cobb Christian on Tuesday.

It was senior night for Christian Heritage School's boys basketball team in their home game Tuesday night against North Cobb Christian, but a freshman kept the Lion offense rolling.

Jax Abernathy scored 26 to help give his older teammates a 75-48 win in their last regular season home game.

"Tonight was all about the seniors," Tyler Watkins, Christian Heritage's head coach, said after the game, which was the Lions' thirteenth-straight win. "North Cobb played well in the first, but I'm proud of our guys for responding and we executed much better down the stretch."

A frenetic first quarter ended with a 21-18 Christian Heritage (19-2, 9-0 Region 7-A Private) deficit, despite one of those seniors, Nash Bingham, nailing three 3-pointers. After that though, the Lions took control, shutting down the North Cobb Christian (10-10, 3-6 Region 7-A Private) attack.

Bingham finished with 17 points and five assists as Christian Heritage grabbed the advantage at 34-27 by halftime and didn't look back. The Lions held a 20-point advantage early in the fourth and kept pouring it on.

Another senior, Evan Lester pulled down 13 rebounds to go with his 11 points, and Cash Hare scored seven and grabbed 10 boards. Zundra Jackson had seven points and four assists.

Though it was the final regular season home game, the Lions are already assured of hosting another game on their court. Christian Heritage has one game left, a road game at Marietta's Walker at Friday at 6 p.m, but they've already locked up the Region 7-A regular season crown. Normally, that would mean hosting the region tournament, but the Lions' region has decided to go without a tournament this season due to COVID-19 concerns, instead sending the top four seeds to the state playoffs.

The Lions host the playoffs' first round the weekend of Feb. 23, and, should they defeat Walker on Friday, will come in undefeated in region play and winners of 14 straight.

"I feel like we've been playing really well throughout our region schedule," Watkins said. "We're all about just taking it one game at a time."

Before the Christian Heritage boys defeated North Cobb Christian Tuesday night, the girls needed overtime to secure a 43-40 win in their own matchup with the Region 7-A Private foe.

"We were able to get ahead and just stall for a little bit," said Frank Pinson, the Christian Heritage head coach. "We did a good job in keeping it away from them."

Christian Heritage's Faith Humphrey forced a jump ball with 7.2 seconds remaining in regulation to thwart a North Cobb chance at a game-winner, but Humphrey's heave from deep 3-point range was off, leaving the game tied at 37 headed into overtime.

Emily Idom and Callie Stanfield scored a couple of buckets to put Christian Heritage up 41-37 to start overtime, and the Lady Lions went into stall mode.

North Cobb managed to cut the score to 41-40, but two Humphrey free throws with 24.4 seconds left to put them up 43-40. North Cobb's attempt at a tying 3-pointer was off.

"I feel good about where we are," said Pinson, who is in his first season coaching Christian Heritage. "We've lost to a few really good teams, but held our own in region play."