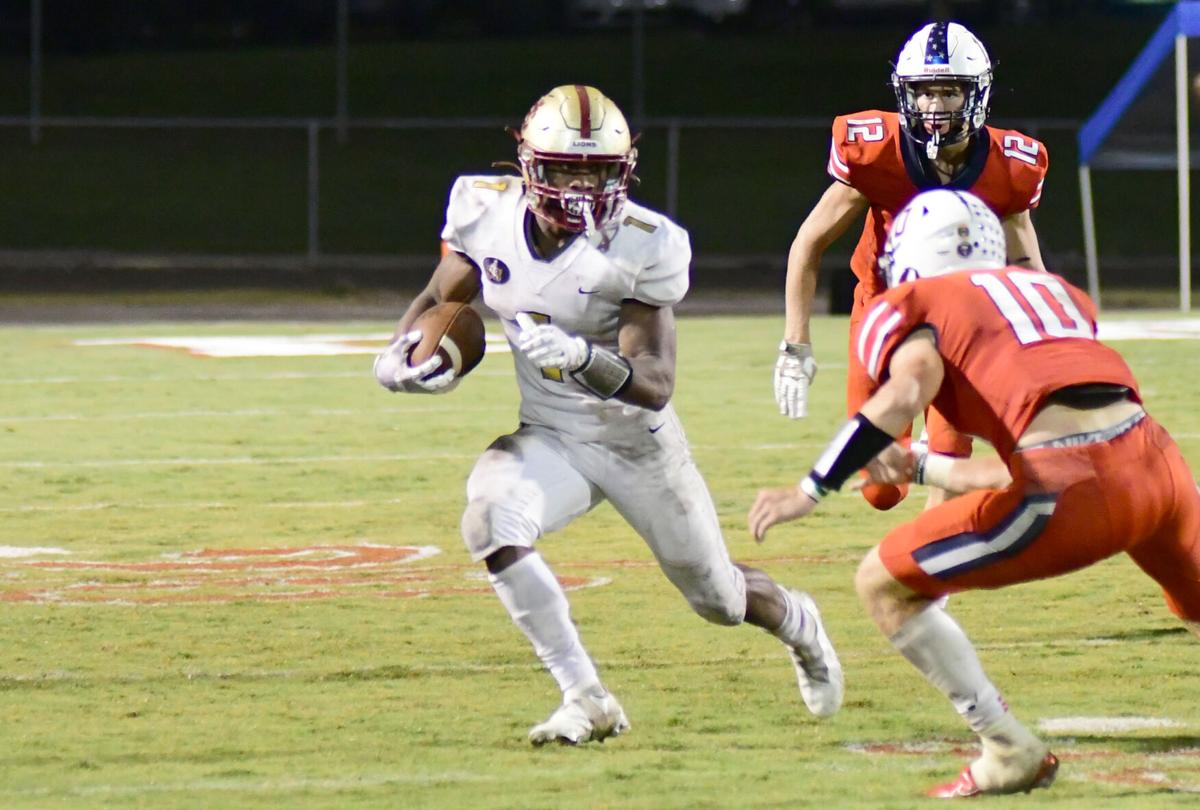 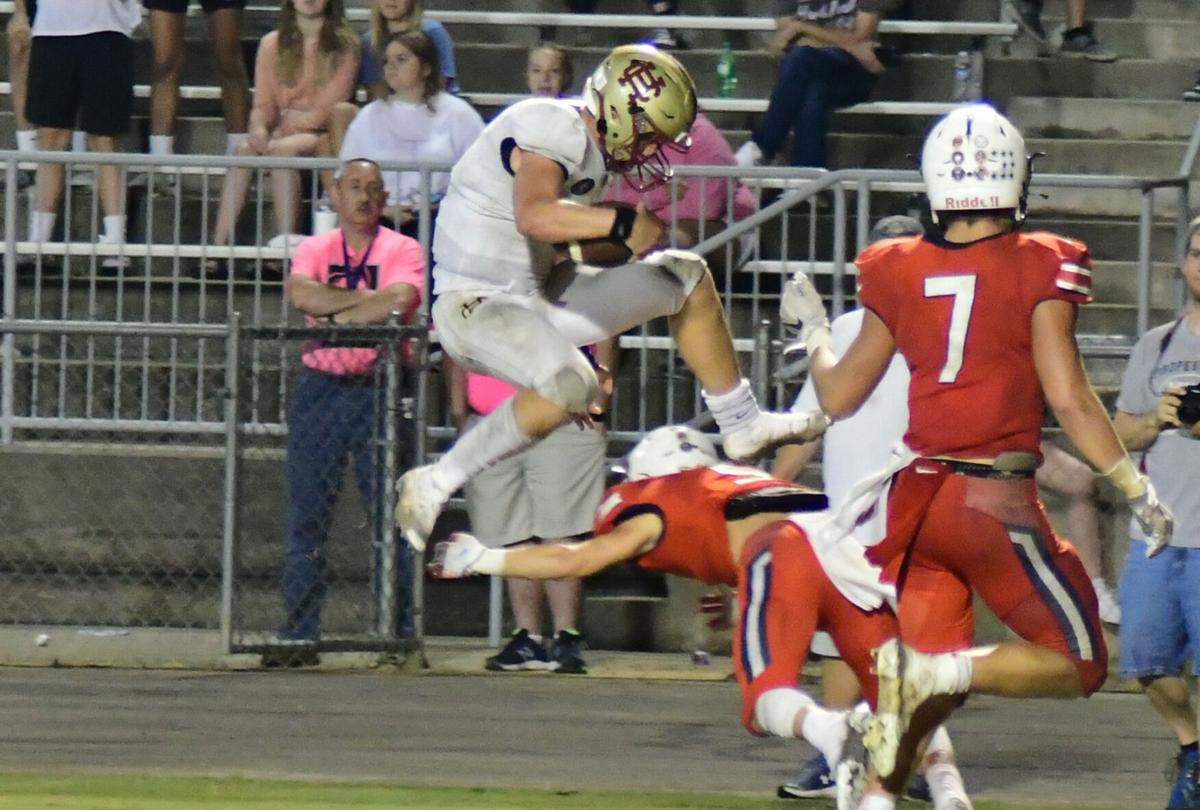 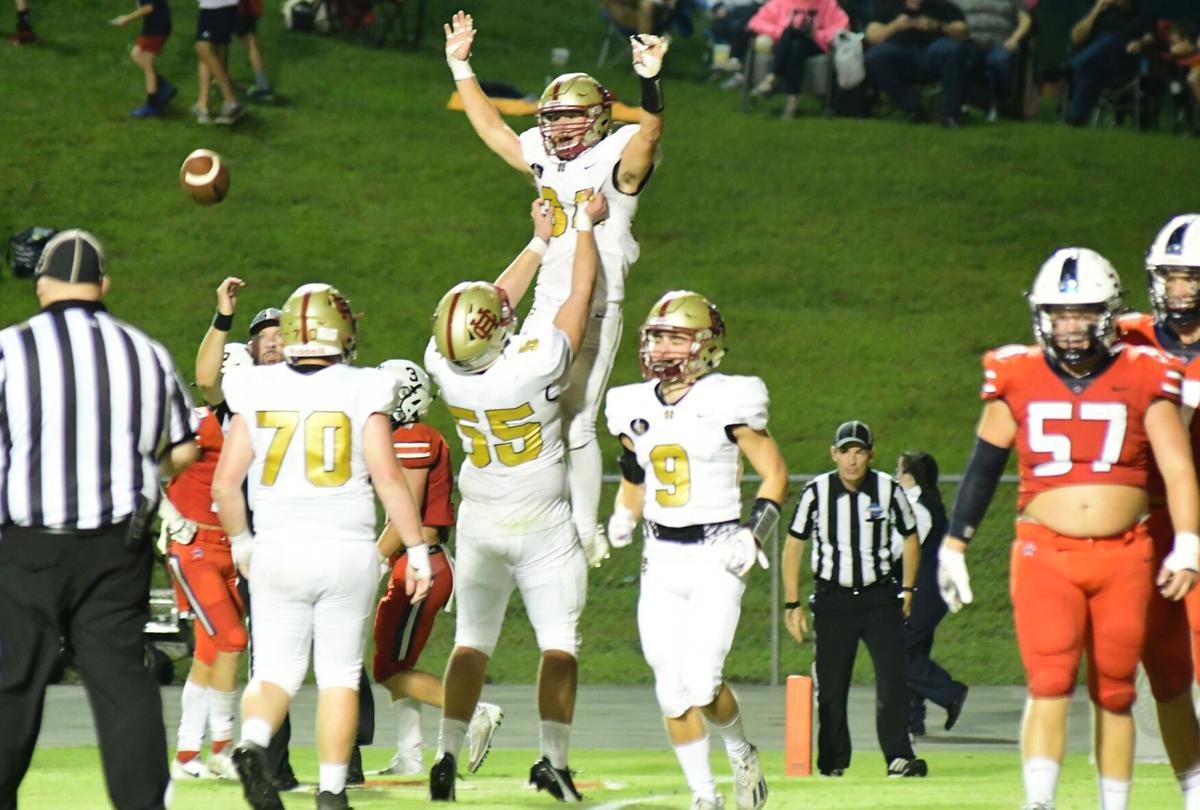 Christian Heritage School's Eli Thomason is lifted up in celebration after scoring a touchdown against Heritage. 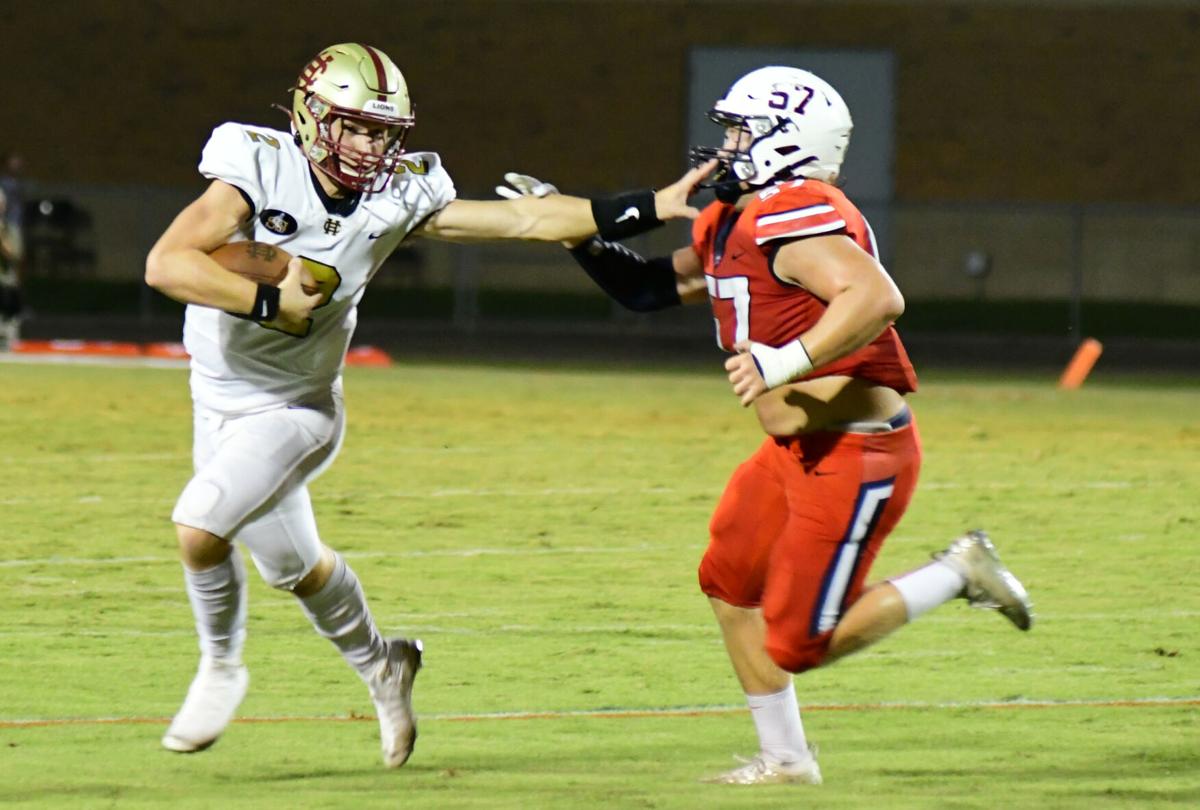 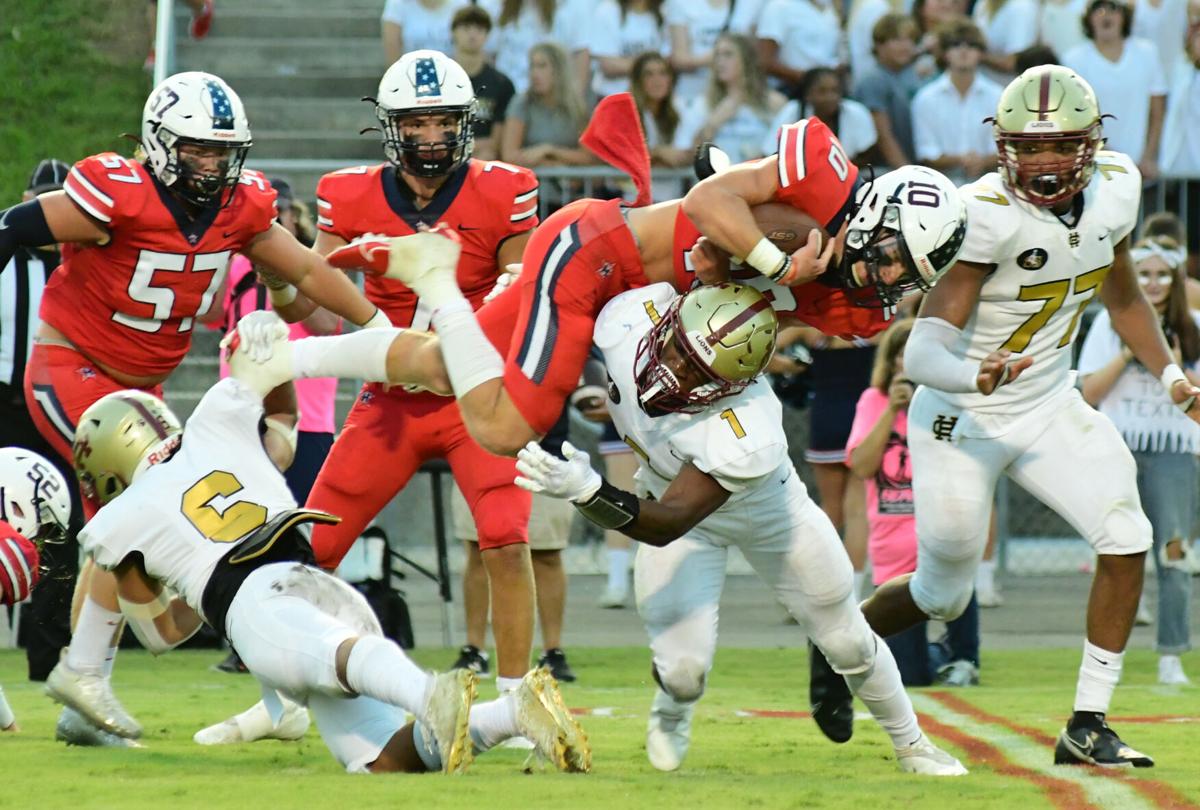 Christian Heritage School's Eli Thomason is lifted up in celebration after scoring a touchdown against Heritage.

RINGGOLD -- The Heritage Generals made plenty of big defensive plays on Friday night, but none bigger than the last one.

Trying to hang on to a one-point lead with less than a minute to play and the ball at their own 31-yard line, the navy-and-red stopped Christian Heritage quarterback Christian Thomas by an eyelash on a fourth-down keeper before taking a knee close out a heart-stopping 25-24 victory over the Lions at Jeff Sims Stadium.

The final play capped a second-half rally by the home team, who found itself trailing 24-13 after a 26-yard Carson Russell field goal with 2:17 to play in the third quarter.

After an exchange of punts led to a return by J.D. Black up to the Christian Heritage 38-yard line with 7:20 remaining, quarterback Kaden Swope fired a post pattern pass to Tyler Cheatwood, who got a step on his defender. Cheatwood made the over-the-shoulder catch in stride in the back of the end zone to cut the Lions lead down to 24- 19. A conversion try came up short.

Christian Heritage took over at its own 20-yard line with 7:14 to play and proceeded to march down the field. The drive would reach the Heritage 26 and Thomas appeared to have a first down following a 14-yard scramble.

However, while looking to avoid a tackle, Thomas was flagged for hurdling a defender near the sideline and the ensuing personal foul backed up the play.

The Lions elected for a pass play on fourth-and-7 from the 29, but the throw fell incomplete and the Generals took over at their own 29-yard line with 2:38 remaining.

On the very next play from scrimmage, Swope dumped off a screen pass to running back Paxton McCrary, who got to the outside and sprinted down the sidelines before outrunning the Lions defense for a 71-yard touchdown. A conversion pass would miss its mark, but Heritage would take the lead with 2:25 to play.

The Lions would drive the ball from their own 25 down to the Heritage 31 in the final 2:17. But an incomplete pass on third down would force Christian Heritage to go on fourth-and-two from the 31.

The chains were brought out for a measurement and bedlam would erupt on the Heritage sidelines as the officials revealed that the play had come up just shy of the line to gain.

Swope finished 11 of 30 on the night for 227 yards and two touchdowns with one interception. Max Owens had three catches for 94 yards, while McCrary hauled in two catches for 83 yards. Cheatwood finished with 59 yards on two receptions.

McCrary had 37 of Heritage's 41 rushing yards, including a 13-yard TD run that was set up by a fumble recovery by Evan Wingrove midway through the second quarter.

Anderson Britton booted field goals of 40 and 34 yards for the Generals, the last coming on the last play of the first half, which cut the Lions' lead to 14-13.

Solomon Locke, who broke off a 65-yard touchdown run on Christian Heritage's first play from scrimmage, finished with 131 yards on 21 carries. Thomas ran 13 times for 57 yards, while Eli Thomason had 51 yards on 12 carries.

Thomas went 9 of 21 through the air for 75 yards to four different receivers, including a 10-yard TD pass to Thomason with 1:02 left in the first half.

Thomas would also score on a 1-yard quarterback sneak with 4:20 left in the third quarter.

Locke had an interception for the Lions, who fell to 1-3 with the loss. Christian Heritage is back in action on Sept. 24 with a road game at Mount Pisgah Christian.

Heritage improved to 2-0 with the victory. They will look to keep the momentum going next week with a non-region game at Darlington.